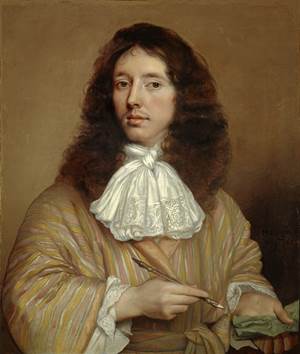 From this weekend at the Scottish National Portrait Gallery (SNPG) some of Scotland’s most stunning buildings and the achievements of the country’s most distinguished architects will be celebrated.

The innovatively-presented exhibition sets out to explore the key figures who have helped to shape Scotland’s world-renowned architectural heritage. Out Of Their Heads will feature a series of 12 special constructions, based upon the profiles of key buildings, drawn by Edinburgh artist Ian Stuart Campbell Hon FRIAS. On each will be installed a portrait of an architect – paintings, photographs, drawings and busts are drawn from the collections of the SNPG and RIAS.

Internationally recognised names, such as Charles Rennie Mackintosh (1868-1928) and Robert Adam (1728-1792) feature. The exhibition will also introduce some architects perhaps less familiar but whose buildings are very well known, such as Jack Coia (1898-1981) and Sir Robert Matthew (1906-1975). Coia was responsible for many of Scotland’s finest Roman Catholic churches, while Matthew’s practice was behind buildings including London’s Royal Festival Hall and the Royal Commonwealth Pool, Edinburgh.

Scotland has produced an impressive array of architect pioneers. The dozen selected architects in Out Of Their Heads span a range of styles and a long chronology, beginning with Sir William Bruce (about 1625-1710, depicted in a vivid portrait by John Michael Wright), who almost single-handedly introduced neo-classicism to Scottish architecture in the 17th century, and culminating with the late Kathryn Findlay (1954-2014), former Associate Professor of Architecture at Tokyo University and avant-garde architect of the surrealist, Salvador Dalí-inspired, Soft and Hairy House (1994) in Tsukuba, Japan.

Kathryn Findlay forged a strong career in Japan, producing neo-expressionistic homes alongside her husband Eisaku Ushida (b. 1954); In 2012, Findlay collaborated with the artist Anish Kapoor, on the striking ArcelorMittal Orbit tower in the London’s Olympic Park. Two years later, Findlay was awarded the prestigious Jane Drew prize by the Architects Journal for her “outstanding contribution to the status of women in architecture”, tragically announced on the same day as she passed away.

Other architects to feature will include Sir Basil Spence (1907-1976), designer of Glasgow University’s Natural Philosophy building – on display is a photograph of Spence by the renowned photojournalist Lida Moser; James Craig (1739-1795), responsible for the lay-out of Edinburgh’s New Town, and Sir Robert Lorimer (1864-1929), creator of the magnificent Scottish National War Memorial at Edinburgh Castle.

Margaret Brodie (1907-1997) was site architect for much of the building of the Glasgow Empire Exhibition of 1938 and was the first female student to graduate from the Glasgow School of Architecture with First Class Honours.

Also represented is Sir Robert Rowand Anderson (1834-1921), the architect responsible for the red-sandstone Gothic Scottish National Portrait Gallery and the founder in 1916 of the Royal Incorporation of Architects in Scotland (RIAS).

One of Scotland’s leading Victorian architects, Anderson enjoyed an outstanding architectural career, with the highlight being the Portrait Gallery. The Gallery was completed in 1890, the first specially built portrait gallery in the world. Among his many other commissions were the Dome of Old College, The Faculty of Medicine and McEwan Hall at Edinburgh University, the Catholic Apostolic Church in Edinburgh, Glasgow Central Station Hotel and Mount Stuart House on the Isle of Bute. Anderson also restored many churches, cathedrals and abbeys, namely Dunblane Cathedral and Paisley Abbey.

Also featured is the great Modernist Peter Womersley (1923-1993), who lived in the Scottish Borders but also worked in Singapore.

As Scotland’s most famous architect and a massively influential figure worldwide, Charles Rennie Mackintosh secured his international reputation upon completion of the stunning Glasgow School of Art in 1909. In the exhibition, he is wonderfully captured in a very personal portrait by his friend and patron Francis Newbery, the Head of Glasgow School of Art.

This year, Scotland’s achievements in innovation, architecture and design will be showcased across the globe through a range of events and activity.  The Festival of Architecture 2016 is a key to this exciting year-long celebration with hundreds of events across the length and breadth of the country.

To also mark the Festival of Architecture 2016 and running alongside Out of Their Heads, a series of celebrity photographic portraits have been commissioned by the RIAS from Broad Daylight (Tricia Malley and Ross Gillespie), to showcase and document the world class architecture of Scotland. Each portrait will feature a celebrity along with a commentary on their favourite Scottish building.

Christopher Baker, Director of the Scottish National Portrait Gallery, said: “The variety and outstanding quality of Scotland’s architecture is a key element of its distinctive culture and international profile. This exhibition celebrates the extraordinary achievements of Scottish architects, ranging from the brilliant seventeenth-century innovator Sir William Bruce to great contemporary figures, such as Kathryn Findlay. It seems fitting that their work should be highlighted within one of Edinburgh’s finest buildings – Sir Robert Rowand Anderson’s spectacular Scottish National Portrait Gallery. We are immensely grateful to the RIAS and Scottish Futures Trust for supporting the project so generously.”