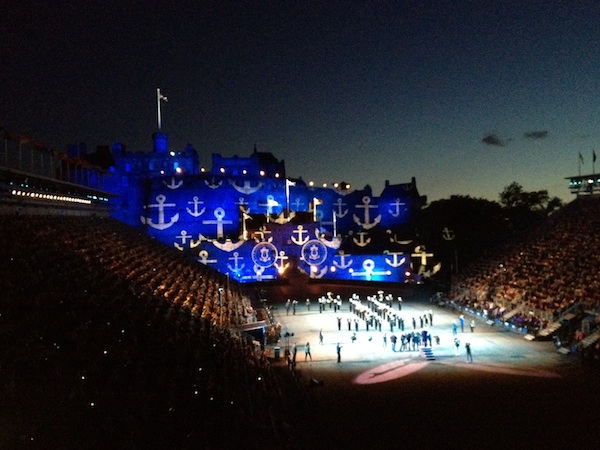 The Royal Edinburgh Military Tattoo will return to its roots this week when it relocates to new offices at its one time Cockburn Street address in Edinburgh – the same building it originally occupied in the 1970s and 1980s. The move to Cockburn Street sees the Tattoo return to the Category B-listed building at number 1-3, where the extensive refurbishment has seen rooms restored to their original elegance, creating a bright, modern workplace fit for an expanding business.

The Tattoo is set to keep growing, with an ambition to become a global events and production company and double turnover by 2025.  Each year, the Tattoo stages a sell-out run in Edinburgh and, with a recent tour in Australia delivering an estimated £30m to the Melbourne economy, a fresh modern office is the perfect base for future success.

The Victorian landmark was originally built in 1859-1861, with a Baronial circular corner tower marking the entrance to one of Edinburgh Old Town’s most distinctive streets. This location perfectly reflects the tradition and history that the Tattoo is steeped in.  The new offices also sit exactly on the connection point between Edinburgh’s Old and New Town, making it a prime spot for tourists and visitors looking to seek information year round.

Brigadier David Allfrey, Chief Executive and Producer of The Royal Edinburgh Military Tattoo, said: “The move into our new headquarters has taken five years to realise – almost to the day.  It’s been incredible to watch the hard work that has gone into renovating this famous Edinburgh landmark, equipping it for a modern events and production company with big ambitions.  The staff moved across from Market Street over the weekend, the systems came online as planned and the sense of achievement and optimism are palpable.

“The Board of Trustees has now set the course for a Strategy for Growth, which will not only develop further the success of the Edinburgh show at home, but also showcase our culture and ideas across the world.  Recent achievements in Australia and New Zealand have set the throttles for other major international projects in the years to come.”

Edinburgh’s Lord Provost Donald Wilson, Chair of The Royal Edinburgh Military Tattoo, said: “The new location for the Tattoo’s headquarters in this iconic building on Cockburn Street is a fitting venue for what is one of the most prestigious events in the world.  After more than six decades in the city, with the last 17 years being sell out performances, and on the back of the hugely successful tours of Australia and New Zealand, there can be little doubt of the value of this organisation to Edinburgh and the rest of the country.

“The renovation of the building has been a major undertaking and has restored the exterior to its original glory whilst providing a fit for purpose headquarters for the Tattoo as it moves into the future.”