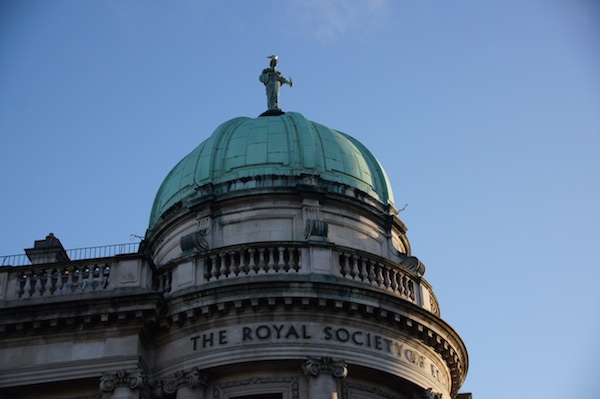 Police Scotland have confirm the name of the woman who died following a collision on Old Dalkeith Road, near Kingston Avenue on Thursday evening, as Jill Pirrie.

The collision took place at 8pm and involved a silver Ford Ka that was being followed by a police vehicle.

The police vehicle had activated its blue lights and siren after the Ford Ka, travelling northbound, failed to stop when signalled to do so by officers on Old Dalkeith Road.

The 33-year-old was taken to the Edinburgh Royal Infirmary where she was sadly pronounced dead a short time later.

Her family have released the following tribute statement through Police Scotland:

“Jill was a loving mother, daughter, partner and friend who will be hugely missed by the many who knew and loved her.

“She was well known for her great sense of humour and no words can express the void that is left as a result of this tragedy.

“The family ask that we be given space at this time to grieve in peace.”

Three males are currently detained in connection with this collision, and enquiries are ongoing to trace a further male.

Chief Superintendent Kenny Macdonald, Edinburgh Divisional Commander, said: “We reported this collision to the Crown Office & Procurator Fiscal Service, who have instructed the Police Investigations & Review Commissioner to carry out an independent investigation.

“PIRC are instructed to investigate deaths following police contact or involvement, and we will cooperate fully with their enquiry.

“Our sincere condolences are with Jill’s family and friends at this tragic time, and we will utilise all resources at our disposal to investigate this collision.”

We would appeal for anyone in the area the time of the collision to come forward and contact Police Scotland on 101 or contact Crimestoppers anonymously on 0800 555 111.

“We are deeply saddened and shocked by this truly tragic incident and our thoughts and sympathies are with Jill’s family at this sad time.

“Jill was a talented, well liked and respected member of our theatres team and her colleagues and friends are devastated. The Royal Infirmary of Edinburgh is a close-knit community and this has sent shockwaves through the site.

“We have been providing support to relatives and staff throughout the night and that will continue over the coming days and weeks.”

Tyne castle Nursery School on McLeod Street will be moving soon but is holding an open doors event before it goes to new premises.

The Scottish National Jazz Orchestra (SNJO) leaps back to the future with visionary jazz pioneer and vibraphone master Mike Mainieri to play The Music of Steps Ahead. Music fans who are fascinated by the intersecting paths of rock, blues, funk, jazz and world music are invited on a unique journey into the creative mind of a quiet, modest and important musical iconoclast.

Mainieri’s ground-breaking group Steps Ahead anticipated the enrichment of jazz forms through the assimilation of other genres by more than thirty years. They first made their mark as a must-see live band full of ferocious energy and boundless invention. Later, the ensemble took on the characteristics of an all-star collective that has at various times included Michael Brecker, Bob Berg, Bill Evans, Steve Gadd, Peter Erskine, Bendik Hofseth, Don Grolnick, Eddie Gomez and Mike Stern.

Sunday afternoon at the Usher Hall with the BBC Symphony Orchestra – could there be any better way to spend the afternoon?

The opening of Brahms’s youthful First Piano Concerto is a long way from the image of the gruff old genius in baggy trousers and beard. But for pianist Denis Kozhukhin – so electrifying in Russian repertoire – it’s the starting point of an entirely new musical chapter, and an overwhelming way to launch his Brahms concerto cycle.

Pre-concert talk at 2:00pm followed by the concert at 3:00pm. Tickets here.

Tonight at The Queen’s Hall the Edinburgh Kevock Choir will be on stage.

A wide variety of music from the choir as they prepare for their fiftieth Anniversary season in 2016 – 2017, with young tenor Glen Cunningham, and guests Chamberlain & Haywood, playing music for accordion with saxophone, violin and whistle.