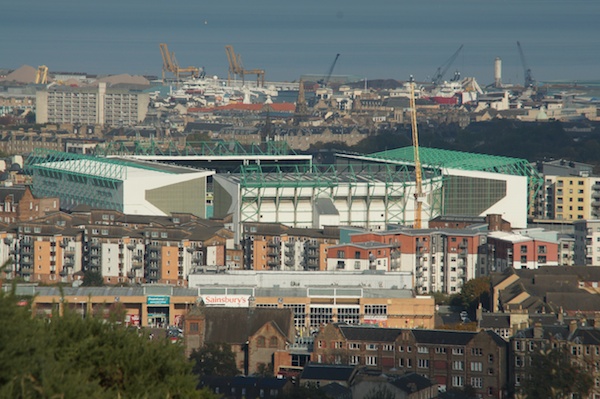 Martin Boyle’s sensational 25-yard volley against Livingston on Tuesday night has been described by many supporters as one of Hibs’ greatest ever goals.

Today John Hislop, the Edinburgh Reporter’s sports correspondent who has been a regular at Easter Road for almost 50 years selects his top 10 Hibs’ goals which are limited to those he witnessed personally.

10. Derek Riordan’s 30 yard strike against Hearts at Easter Road in 2005. After receiving a pass from Garry O’Conner, Riordan cut in from the left wing and curled the ball into the corner of the net at the Dunbar end, giving the Hearts’ fans a perfect view.

9. Ally McLeod’s twice taken free kick against Dundee at Easter Road. After being awarded a free kick 25 yards from goal, McLeod dispatched the ball into the top left hand corner of the net. The referee made him retake it and ‘Super Ally’ sent the ball into the opposite top corner.

8. Leigh Griffiths equaliser from a free kick at Tynecastle in May 2013. Hibs were losing one-nil with time running out when Griffiths sent a stunning 25 yard free kick over the wall into the top right hand corner of the net. (Actually his ‘goal’ from the free kick at Easter Road which was not given was probably better)

7. Franck Sauzee’s 30 yard strike against Falkirk  causing the commentator to say ‘Mon Dieu’ Hibs were awarded a free kick 25 yards from goal. Russell Latapy slipped the ball to Sauzee who struck an unstoppable strike into the top right hand corner of the net. (Sauzee’s header against Hearts which resulted in the loss of four front teeth also deserves a mention)

6. Chic Charnley’s goal from inside his own half against Alloa in a League Cup tie at Easter Road. Unfortunately there were no cameras present to witness this act of genius. (His winning goal against Celtic also deserves a mention)

5. Russell Latapy’s volley against Hearts in the 6-2 win at Easter Road. The perfect end to a perfect game. The ‘Little Magician’ picked up the ball in midfield, beat a Hearts’ defender then played a one-two with Mixu Paatelainen before firing in a powerful right foot volley past Anti Niemi.

4. Didier Agathe’s solo effort against Dundee at Easter Road on 12 August 2000. Picking the ball up in his own half, Agathe beat five defenders before calmly, sliding the ball into the net.

3. Joe Harper’s close range effort against Liverpool in the UEFA Cup. Pat Stanton collected the ball in midfield, surged forward then sent an inch perfect pass down the left wing which Arthur Duncan fired across the face of the goal and Harper was on hand to slot the ball past Ray Clemence from close range. (He also scored a cracker from 30 yards in the Edinburgh derby.)

2. Joe McBride’s (snr) against Celtic at Easter Road. The champions visited the capital having not lost at Easter Road for 12 years but McBride’s double secured a famous win for Hibs. His second was sensational as he swivelled on the penalty spot and fired an unstoppable strike into the net from 12 yards.

1. Bobby Duncan against Naples on 29th November 1967. Few gave Hibs any chance of progressing in the Inter Cities Fairs Cup following a 4-1 defeat in Italy, but Bobby Duncan’s 2nd minute screamer which left the world’s top goalkeeper Dino Zoff stranded set the ball rolling and 90 minutes later Hibs emerged as 5-0 winners. Whenever this goal is discussed, arguments rage about the distance. Newspapers reports said 25 yards however my memory is that Duncan was at least 40 yards out when he let fly. No-one who was there that night will ever forget that goal AND it was up the slope.

Martin Boyle’s strike on Tuesday night is up there with any of these great goals and I have had to leave many out including Alex Cropley’s volley in the 7-0 game, Joe Baker’s goal on his return to Easter Road against Aberdeen, Alen Orman and Tam McManus’s strikes at Ibrox, David Zitelli’s overhead kick at Dundee and his long range effort against AEK Athens, Peter Cormack’s goal from the half way line against Dunfermline, Michael Stewart’s volley against Aberdeen, Stephen Glass’ flick against Dunfermline, Ralph Callaghan v Dundee etc etc etc. I could go on and on and a few will have slipped my mind, but feel free to refresh my memory. 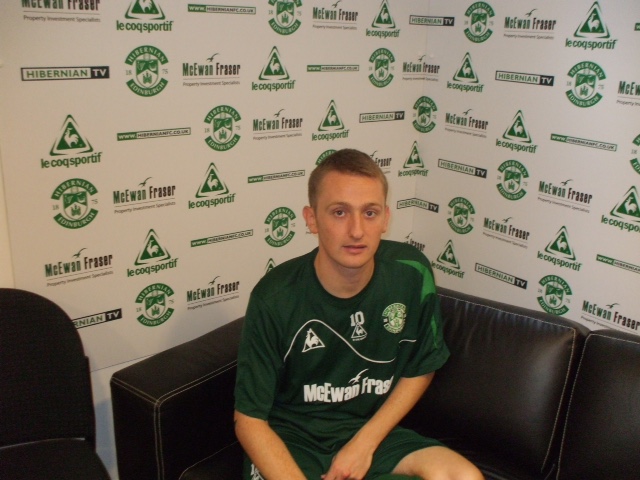 Ally McLeod and Maurice Malpas inducted into Hall of Fame