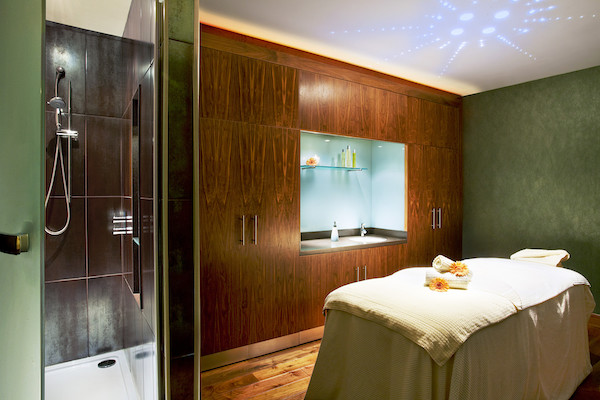 Mother’s Day on 6 March 2016 is either another opportunity for you to spoil your mother, or a day to really spoil her.

If you’re going out, then where do you go? Well we have some suggestions for you here (in no particular order you understand!) : Balmoral Number One are offering a Michelin starred lunch prepared by their Head Chef Brian Grigor for £49 per person. Advance booking essential so telephone 0131 557 6727. Afternoon tea at Printing Press Bar & Kitchen might just fit the bill. This costs £19.75 per person and includes the usual array of sweet and savoury with specially selected tea and coffee, or with champagne the price rises to £25.

Available between 12 noon and 5pm this would be a good way to while away the afternoon and enjoying the company. One Square at the Sheraton Grand Hotel is offering a glass of fizz and a present for mothers.

More details of their lunch with live jazz here.

There is a Mother and Daughter Spa Day on offer at the Waldorf Astoria Edinburgh – The Caledonian. With a foot scrub, facial and massage included this sounds a lovely way to spend a day! More details here.

Malmaison Edinburgh has a Sunday Lunch from £29.95 with unlimited hors d’oeuvres! Mothers get a glass of Mumm Champagne (nice touch!)

Also in Leith The Granary has a Special Menu for £17.95 per person. Apex Hotels have food and spa treatments for you and your mother. Afternoon Tea along with a spa day might give her the treat she needs.

Fountain Apartments suggest whisking Mum off to the city for the weekend. Even if you live in Edinburgh there might be nothing better than a bit of time together in luxury surroundings like their Royal Garden Apartments on Queen Street.

They have some offers available here and you might get a good deal if you arrange an overnight stay in the middle of the week rather than the weekend.

easyJet have just started flying from Edinburgh Airport to Vienna and Venice at the beginning of February so if you care to take your Mum away for the day or the weekend,  then you could take advantage of the new services. The Venice route flies on Monday, Wednesday, Friday and Sunday and fares start from £31.49 one-way per person.

The Vienna route flies on Tuesdays and Saturdays but will increase to three times weekly in summer 2016. Fares start from £32.49 per person for a one way fare.

Skyscanner has flights for Mother’s Day weekend for under £30 here.

Out of Town in Dalkeith at The Sun Inn they have an extensive menu. Three courses will cost £27.50 and includes the Sun Inn ice cream selection in a brandy snap basket.  More details here.

John Lewis have loads of ideas for Mother’s Day here Steak on Stones has a special menu for the day: Doubletree by Hilton has launched a novel sleep and pamper package for new mums. The Mummymoon overnight package will allow new parents to catch up on some sleep.

This will allow them to recharge their batteries away from crying babies, snoring partners and never ending household chores (although you are allowed to take someone with you if you like!)

“The Mummymoon is specially designed to meet these needs. Launching in time for Mother’s Day, we expect this will be popular offering throughout 2016 and beyond – both as a gift or even as a treat for mum to indulge in for herself.  We can’t wait to spoil mums across the country!” New mum Vicki Finlayson (36), who is mum to 10 week old Ariana, said: “The Mummymoon is a great idea for new mothers as it will provide some much needed TLC and a chance to recharge after many sleepless nights. Getting a full night of uninterrupted sleep as well as some proper pampering is total bliss!”

Mother’s Day at Kyloe will include food and flowers! Click the image below to read more. If your mother is an art buff then you could go to one of the three galleries which is taking part in British Art Show 8.

(If you go to the Botanics then there is a lovely café and of course the Modern Art Gallery has one too. Talbot Rice is not open on Mothering Sunday but is open other days in the week)

Curated by Anna Colin and Lydia Yee, British Art Show 8 features the work of 42 artists who have made a significant contribution to art in Britain over the past five years. The result is a wide-ranging exhibition that encompasses performance, film, sculpture, installation, painting and design. Twenty-six of the 42 artists have produced new works for the exhibition, making this the most ambitious British Art Show to date.

Jesse Wine has created a newly-commissioned work for the Royal Botanic Garden Edinburgh. He will present new ceramic sculptures that will be suspended from the ceiling in its famous Victorian Palm House.

We had a preview of BAS8 just before it opened earlier this month:

Finally The Scottish Government has given mothers an early present. It has promised to take action to ensure fairer workplaces for women and to tackle discrimination against new and expectant mothers, just ahead of a report from the Equality and Human Rights Commission expected later in the spring.

Cabinet Secretary for Fair Work, Skills and Training Roseanna Cunningham presented the plan at a breakfast session this morning on the issue organised by the EHRC and Working Families and Family Friendly Working Scotland, hosted by Maclay, Murray and Spens LLP in Edinburgh. The meeting was also attended by Barclays Bank and the Scottish Parliament. She said:

“Sadly in 2016, negative consequences of being pregnant or a new mother while working remain frustratingly common. This is unacceptable in a modern Scotland and does not sit well in a fair and equitable society.

“A report from the EHRC on these issues will be published in the coming weeks and as part of the Scottish Government’s commitment to fairer workplaces, we want to tackle these issues head on. Discrimination during pregnancy or following birth has the potential to set patterns that persist for the rest of a woman’s working life and we need to ensure it is stopped.

“Recent female employment figures have been strong, particularly when compared to the rest of Europe, and we are making progress on the 5050 by 2020 pledge, with a number of organisations signing up. The latest figures also show a drop of 1.8 percentage points in the gender pay gap over the year, so progress is being made. However we must keep highlighting that motherhood does not detract from a worker’s productivity or value.

“We have set up the Fair Work Convention which will publish its framework for fairer workplaces in the coming weeks. In the meantime, however, if there are opportunities to improve the rights of employees we will take them.”

Whatever you get up to we hope you have a lovely day – and if you have any ideas for our readers then please add your ideas below in the comments section.