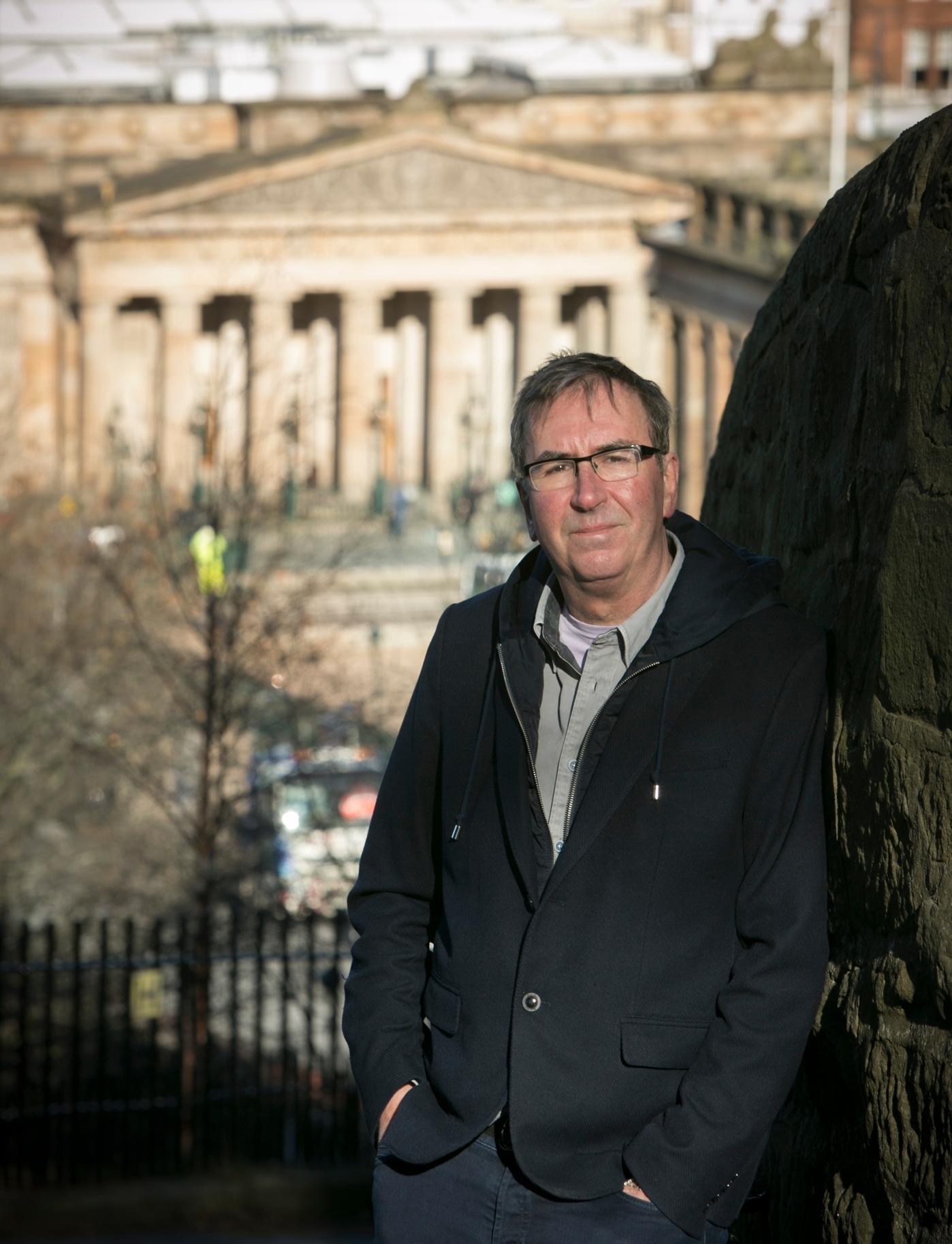 News has just broken that Mr Hogmanay, Pete Irvine of Unique Events, will step down as Director of Edinburgh’s Hogmanay after 20 years in charge.

Pete Irvine and Hogmanay in Edinburgh have become synonymous. When The Edinburgh Reporter spoke to him last Hogmanay he explained that he had never really seen what happens elsewhere in the world at this time of the year as he had never been anywhere else, except Edinburgh, for such a long time!

Edinburgh’s Hogmanay has become a major part of the capital’s winter tourism offering and has meant that Edinburgh became a year-round destination for foreign visitors.

Pete as Director of  Unique Events since 1992 and the founding director of Regular Music, Scotland’s first concert and music festival promoters, has been the ideas man behind many other events in the city too.

In a personal statement, Pete said: “Almost 25 years ago it was my great privilege to be given the opportunity to create a new event (or festival as I subsequently proposed), to encompass the then ad hoc Hogmanay gathering and to celebrate the midnight moment in a way more fitting for Scotland’s capital city.

“As I saw it, it was also an opportunity to light up the dark and curiously empty days around New Year and to show a new side and edge to a city whose cultural credentials were most closely associated with its August festivals.

“Attracting audiences from the start in spirited tens of thousands, it was exhilarating to be part of that rare moment when the perception of a city changes as well as its perception of itself. We added the apostrophe to Edinburgh and proclaimed ourselves to be the authentic home of New Year celebrations: our magical city was the theatre, its citizens and visitors together were uniquely, the show.

“Edinburgh’s Hogmanay 2015/16 was once again in the hands of a longstanding and extraordinarily committed team and despite more than the usual challenges, was one of the smoothest running and most successful yet.

“All events sold out; visitors came from 82 countries; there were over 100 million Twitter Impressions (i.e. good memories) of Edinburgh and Scotland; fireworks, much remarked on as the most spectacular ever, were again broadcast globally; Tim Peake wished us Happy New Year from space and throughout this, the biggest, best natured Street Party in Europe, there was not a single arrest.

“So this seems like the right time for me to step back from this parade and let others lead our always welcoming, sometimes awe-inspiring Festival round the next corner and up the next Calton Hill.”

Unique Events and Edinburgh’s Hogmanay have confirmed that company directors Penny Dougherty and Alan Thomson who have both worked with Unique and Edinburgh’s Hogmanay for over 16 years as Head of Operations & Finance, and Head of Communications & Events respectively will take the event forward. They are committed to the success of the company and the Festival and their unrivalled knowledge and dedication to the project will allow it to thrive and develop.

Edinburgh’s Hogmanay celebration event was established by the City of Edinburgh Council in 1993.

Councillor Richard Lewis, current Festivals and Events Champion, said: “Appointed by the Council, Unique Events have produced a festival programme that has allowed the city of Edinburgh to become synonymous with the word ‘Hogmanay’. Under Pete Irvine’s creative direction, ‘The Bells’ have been transformed into a world-famous three-day festival that has set the standard for global New Year celebrations with numerous major cities following our lead.

“Along with all of our Council officers, past and present, I am delighted to have had the opportunity to work with Pete on these special celebrations, and on behalf of everyone at the City of Edinburgh Council I wish to give him our sincerest thanks and best wishes. We very much look forward to working with Penny Dougherty and Al Thomson as they lead the Unique team to create Edinburgh’s Hogmanay 2016/17.”

Pete will continue to work with and support Unique Events this year as Creative Director of Scot:Lands; the widely acclaimed New Year’s Day arts programme now going into its fourth year, and as an Artistic Consultant on other new projects.