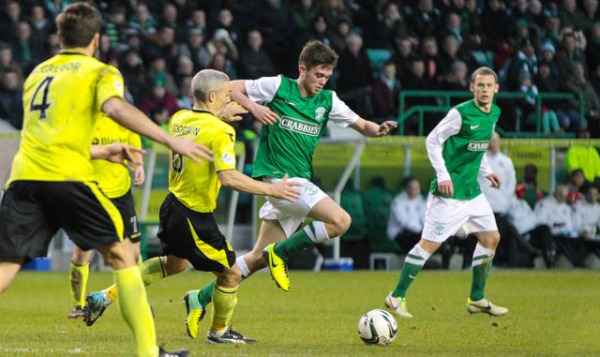 Hibs’ midfielder Sam Stanton (pictured) has joined Livingston on loan until the end of the season.

The 21-year-old  made his Hibs’  debut away to Rangers on 28 January 2012, and has gone on to play 70 games for the Club, scoring seven goals in the process.

Stanton has featured for Scotland at under-18, under-19 and under-21 level, as well as playing on loan for Cowdenbeath in 2012.

He was a regular under Terry Butcher but has failed to get a regular place in the squad under Alan Stubbs.