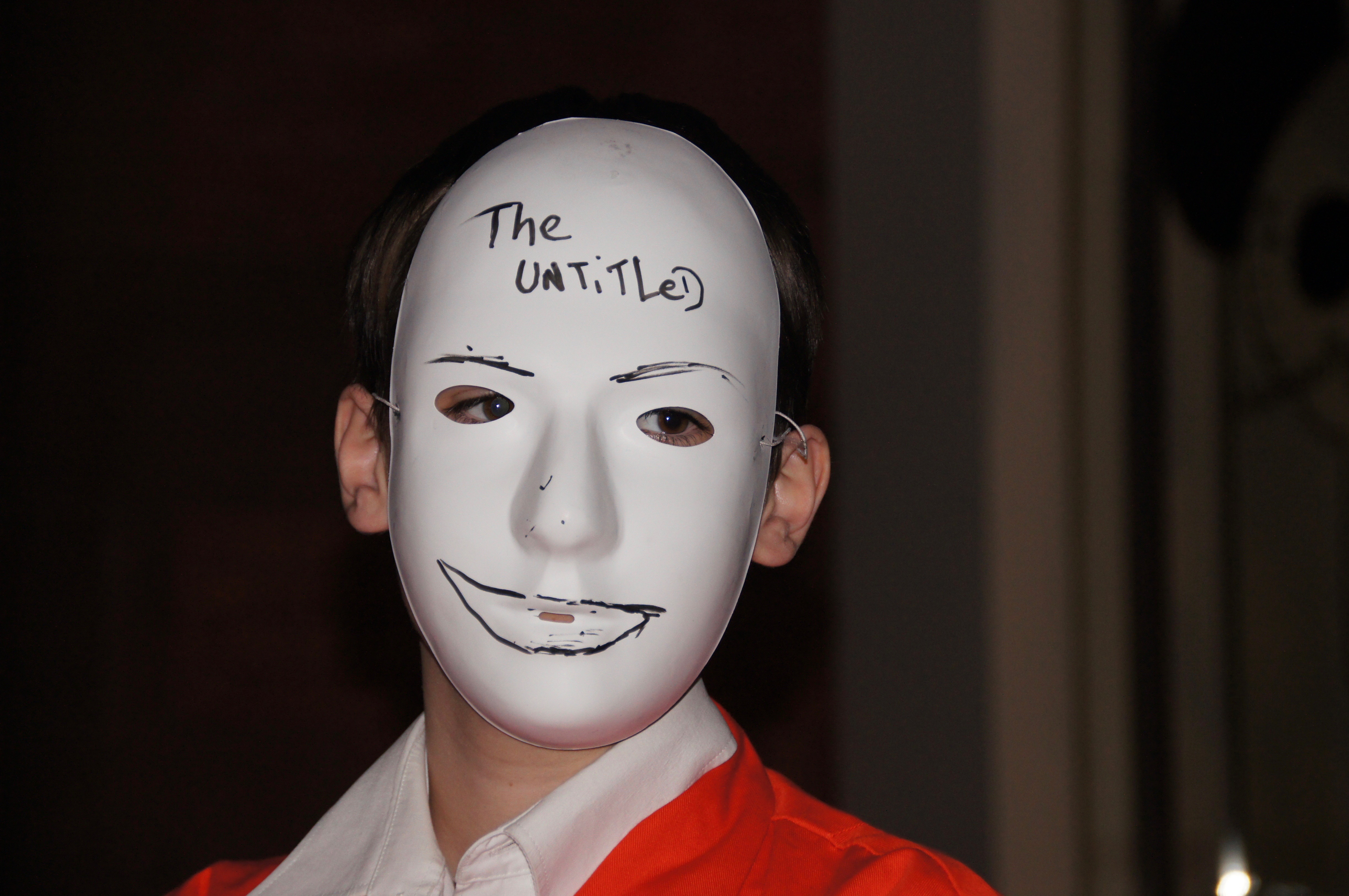 A fascinating new exhibition at The Scottish National Portrait Gallery has taken a year to create and aims to reveal the creativity unleashed when groups of young people around Scotland are given the chance to make the type of contemporary art they themselves would like to see.

With no formal training but some guidance and enthusiasm provided by the Senior Outreach Officer at the National Galleries of Scotland, Robin Baillie, the end result is quite gripping.

Baillie said: “It is both fateful and telling that the final scene of the film the participants created took place at an abandoned psychiatric hospital built as a therapeutic village community. From across Scotland, the participants came together at this evocative location to create art and to set up their own utopia in protest at the way things are. It all adds up to a dramatic statement, of hope, but it is also an exciting and challenging work of art”.

Bad Entertainment: The UNTITLED, which opens at the Scottish National Portrait Gallery today,  involved four groups of young people, with little or no formal training in visual art, who embarked on a series of workshops and exhibitions, before coming together to create a film, which was partly shot at Bangour Village Hospital, an abandoned psychiatric facility in West Lothian.

The Edinburgh Reporter spoke to 16 year-old Jasper from Drummond Community High School who was involved in the art project.

Often regarded as obtuse and perplexing, contemporary art can – at times – exclude or confuse those without a formal education in the subject. With this in mind, the National Galleries of Scotland (NGS) devised innovative methods to present young participants from across the country with the opportunity to create their own art, giving them free rein to exercise their creativity by breaking down the barriers of academic expectation or judgement.

In the hands of these young people, contemporary art became the perfect vehicle for expressing who they are, what they feel about the world they inhabit.

Engaging a range of young people but particularly those facing challenging issues in their lives, the project saw groups from Alloa, Irvine and Edinburgh help convert shops, libraries, classrooms, youth clubs and a former ice-rink into temporary studios and galleries.

The end result of the year-long project is a remarkable body of work which promises to both challenge and stimulate visitors. The artworks on display will give a powerful sense of the thoughts, feelings and opinions of a generation which is generally little heard.

It is hoped that the young participant’s experience and resulting artworks will inspire their peers to create and further engage in visual art.

The exhibition will open with the representation of a giant skull, comprised of over 150 masks. Suggested by the young people themselves, the masks were a means of overcoming participants’ reluctance or embarrassment, and were an integral part of the work produced by all of the groups, becoming a central theme of the whole show.

The masks helped the participants to articulate their feeling that their lives are subject to constant scrutiny and judgement, not only from ubiquitous CCTV cameras but also, through social media, from their peers.

They also feature prominently in the film made by the participants with filmmaker Lewis Gourlay, which revolves around their collective interest in zombie and post-crisis survival movies.

Collectively, the masks create an astonishing range of characters. Hung together to form a giant skull, they dramatically highlight each participant’s individualism and yet their anonymity, the scope of the project and the vast diversity of their imaginations. Designs range from humorous to the intentionally distressing, from plain to the colourfully decorated and from minimalistic to the wildly-abstract.

The exhibition space will also feature a miscellany of artworks created throughout the project, including provocative or cryptic flags and signs, the severed heads of dolls and teddies, three-legged stools and plasticine sculptures.

Lewis Gourlay’s film, which the participants scripted and helped to create, will be shown on a series of screens within a specially-constructed box. Its scenes evoke civilisation’s collapse and a world that the young people must rebuild for themselves, combining dark humour with genuine menace. In one memorable scene Irvine beach has become a passage to the underworld, complete with a shrine made of washed-up plastic, where the young actors bury their hopes under the gaze of a malign deity dressed as Winnie the Pooh. The film’s culminating scene, shot at Bangour Village Hospital, will be projected onto a screen on the space’s furthest wall.

Despite the humour, both the film and artworks offer a powerful insight into the way these young people view their lives and their position in wider society, and ultimately, Bad Entertainment divulges their shared senses of invisibility, facelessness and disenfranchisement, all of which are embodied by their collective label: ‘The UNTITLED’.