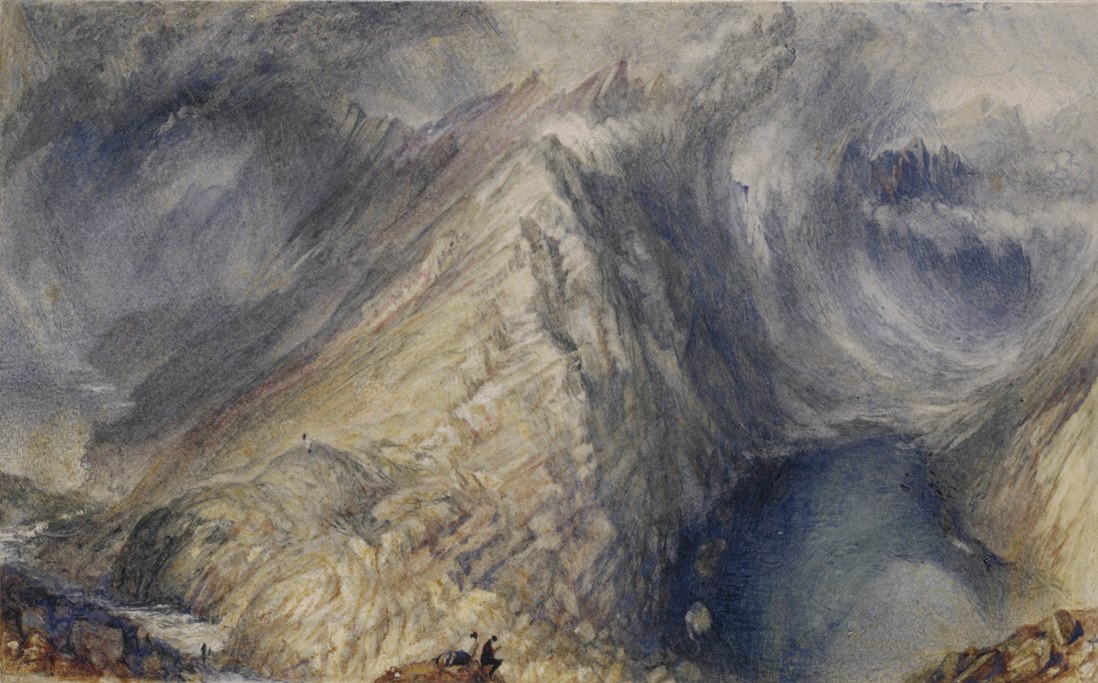 In keeping with a long-standing tradition now stretching over a century, New Year’s Day at the Scottish National Gallery will be marked by the opening of Turner in January: The Vaughan Bequest, an annual display of works by the artist Joseph Mallord William Turner (1775–1851).

An outstanding collection by one of the great masters of British painting was bequeathed to the Gallery in 1900 by Henry Vaughan, a London art collector with a passion for Turner and a connoisseur’s eye for quality.

Vaughan stipulated that the 38 exquisite works – which encapsulates the artist’s entire career – could not be subjected to permanent display, since continual exposure to light would result in their fading. Instead, these precious works were to be exhibited to the public “all at one time, free of charge, during the month of January”, when daylight in Edinburgh is at its lowest levels.

Faithfully following Vaughan’s request, all of the works will be exhibited and Turner in January runs throughout the month, providing a welcome injection of light and colour during the darkest month of the year.

Clara Govier, Head of Charities at People’s Postcode Lottery (PPL), said: “This is the fourth year that players of PPL have supported Turner in January at the Scottish National Gallery, and we’re thrilled – even as relative newcomers in the grand scheme of things – to be involved in such an established tradition. It’s great for players to see that their valuable support is helping to provide thousands of visitors – some who come to see the exhibition every year, some for the very first time – with the opportunity to keep playing a part in this wonderful legacy”.

Recognised as perhaps the greatest of all British artists, Turner was born in London in 1775 and proved himself as an accomplished draughtsman while still a youth, exhibiting at the Royal Academy at the tender age of fifteen. He was a prolific and innovative artist who went on to exploit every possibility of the watercolour medium to create stunning land-and seascapes.

Travelling widely, at first with sketching tours in England, Wales and Scotland and then later across Europe, Turner gathered material for masterful watercolours and oil paintings, discovering the awe-inspiring mountainous landscapes which became a major pre-occupation in his work.

Many of the works in the display reveal a youthful Turner’s artistic talents, such as the early wash drawings of the 1790s, while others show how this skill would come to be fused with the peripatetic lifestyle which dominated Turner’s life and career, resulting in colourful and atmospheric watercolour sketches of Continental Europe, such as Chatel Argent, in the Val d’Aosta, near Villeneuve (after 1836) and Falls of the Rhine at Schaffhausen, Side View (about 1841).

In his lifetime, Turner also managed three trips to Venice, first arriving there in 1819. The Vaughan Bequest features six of the artist’s stunning views of the city. In The Piazzetta, Venice (about 1835), one of Turner’s most spectacular Venetian studies, the Doge’s Palace and renowned St. Mark’s Basilica are dramatically illuminated by a bolt of lightning, an effect innovatively created by the artist by scratching away to reveal the paper once he had painted on it. Often, Turner would use his thumbnail and is reputed to have grown like an ‘eagle-claw’ for such a purpose.

His third and final visit to the city in 1840 would see the artist produce a series of incredible works in which light itself appeared to have become the main subject, such as in The Grand Canal by the Salute, Venice (c.1840) and Venice from the Laguna (1840) where Turner’s consummate mastery of atmospheric lighting effects is clearly demonstrated. As with many artists at the end of the 18th Century, for Turner the vastness and tumultuous conditions of nature inspired senses of awe and terror. This life-long fascination – of the savageness of elemental forces – poured out of Turner’s art, namely in the form of avalanches, storms and mountainous seas. This can be seen in works from the bequest, such as Loch Coruisk, Skye (1831-4), with its miniature human figures set against a grand, stretching backdrop of painted swirls.

Turner’s Heidelberg (c. 1846), a glowing, almost hallucinatory image of the ancient university town on the Rhine and one of his finest late works, will also be on display.

Also joining those from the bequest is the work East View of Fonthill Abbey, Noon (1800), a romantic view of the Gothic novelist William Beckford’s extraordinary cathedral-like mansion in rural Wiltshire, which was accepted by HM Government in lieu of inheritance tax in 1988 and loaned to National Trust for Scotland at Brodick Castle.