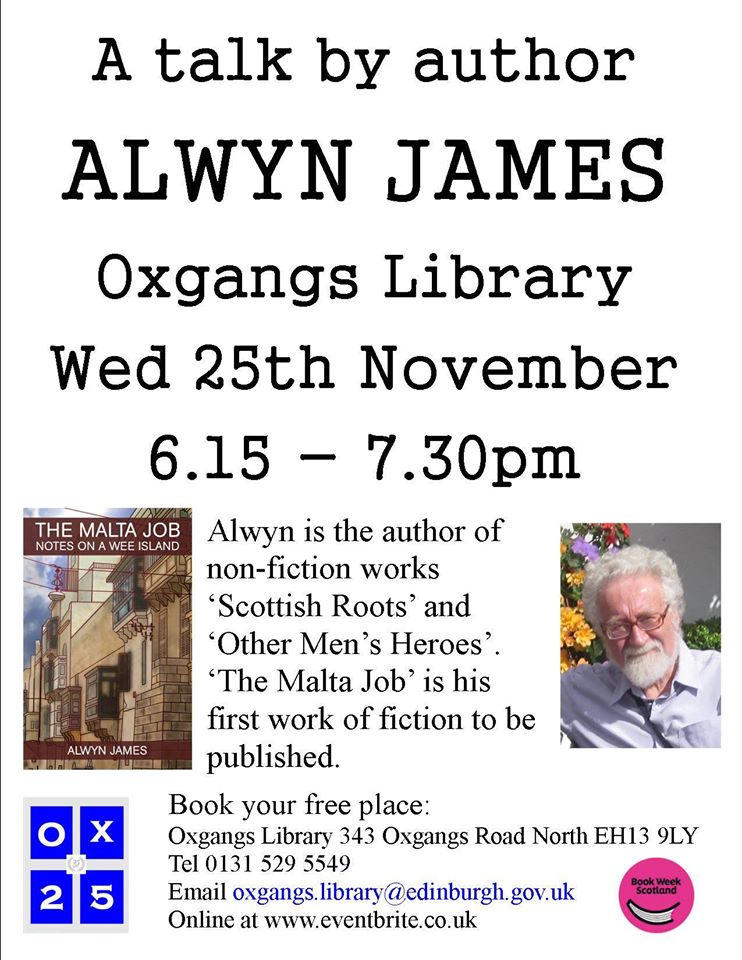 Alwyn James is a Welshman whose wife’s Scottish ancestry encouraged him to look for her Highland roots. An editor of the business and political magazine Scotland for many years, Alwyn is now a freelance writer and the author of non-fiction works Scottish Roots and Other Men’s Heroes. Next week, in a Book Week Scotland event, Alwyn will be at Oxgangs Library to talk about his first work of fiction, The Malta Job: Notes on a Wee Island, which has already attracted six five star reviews on Amazon. The Malta Job focuses on John Smith, a young Scottish journalist with literary aspirations who is sent to Malta to complete a sequel to the very successful MacMurder, a round-up of Scotland’s more infamous homicides. The author had died just before completing the planned sequel MacAbre, a follow-up tale of other gruesome Scottish crimes. Once on Malta with the dead author’s notes, John gets involved in high romance, exciting adventures and even a bank heist!

The talk will begin at 6.15pm on Wednesday 25th November at Oxgangs Library, 343 Oxgangs Road North. Admission is free but numbers are limited, so please book via eventbrite here or call 0131 529 5549 . Oxgangs Library is also celebrating its 25th birthday this year!