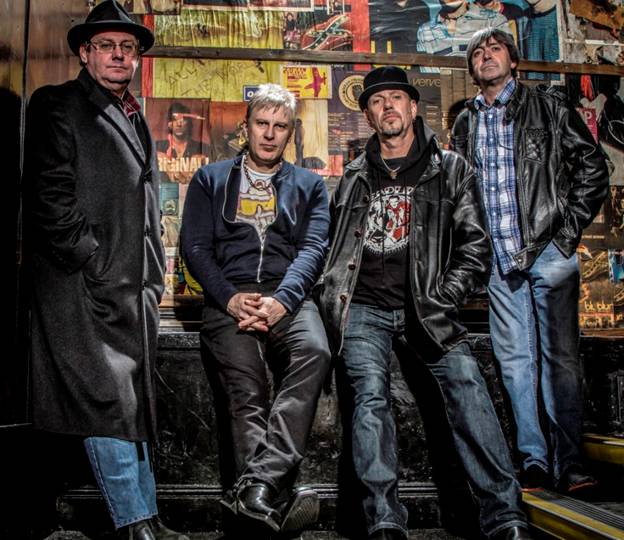 Stiff Little Fingers have toured widely, playing to many punk-adoring crowds for years.

They play the Glasgow Barrowlands on St. Patrick’s Day every year and manage to sell it out, and they still play a mixture of major and lesser-known cities worldwide to ecstatic audiences. However, seeing the candid Northern Irish band is a first for myself, and I have to say probably the last.

The first time I heard of the band was while watching the film High Fidelity. In the record shop which Rob Gordon (John Cusack) owns, one of his staff tries to get a girl interested by exhibiting his diverse taste in music.

The character, by the name of Dick, sticks on Stiff Little Fingers’ Inflammable Material where the first song is the frenetic ‘Suspect Device’. Dick claims that alongside The Clash, Stiff Little Fingers are a big influence of Green Day. Immediately after sticking the needle on the record and blaring it on the store’s speakers, a customer naively asks if it is Green Day’s new album, while the flirting couple giggle at the question. (Green Day is probably something a Stiff Little Fingers fan will not want to be associated with.)

The point is that in every movie, a song sounds faster. When I heard ‘Suspect Device’, it sounded hyperactive in an infectious way – and that got me into Stiff Little Fingers and their phenomenal early material. All thanks to High Fidelity.

In fact, those first few albums by Stiff Little Fingers are under-appreciated works of punk rock. But that’s 35 years ago, when intense energy was routine to the then young outfit.

There’s no disputing that their live shows are still full of intense moments. The only difference now is that everyone is 35 years older, and essentially reliving their youth – including Stiff Little Fingers. Even though they released a new album through the support of fans on Kickstarter last year, it verges on cheesy car chase video game background music. When these songs from the previous effort No Going Back appear in the set, which dominates the first half, the crowd dies down to a pulp. It’s no wonder the majority of attendees are there for the epochal primary efforts.

Where the first half doesn’t tick all the boxes, the last few songs are most definitely going to. The band shift all the crowd-pleasing numbers to the end and then perform a cover of The Specials’ ‘Doesn’t Make It All Right’ to keep fans on their toes.

Inflammable Material and Nobody’s Heroes take up slots at the rear end of the set, but these songs have lost some of the intensity and vigour that they once had. It’s predictable, of course, that this would happen to a band over 60. Their fans of the same age are struggling to dance to these songs any more – the few crowd members of a younger generation have to do that for them.

Before almost every song, frontman Jake Burns discusses the story of each. One of particular interest is the song ‘When We Were Young’, which was influenced by a conversation Burns had with Thin Lizzy member, the legend that was Phil Lynott.

The two both had troubles with their respective bands and attracted regular criticism from the music press, who suggested that they should call it a day.

However, over a night of drinking, Burns and Lynott both decided to “stuff the music press” and continue anyway.

Sadly, Lynott died a few years after, but Burns lives on while touring the group’s ancient punk albums.

Maybe he should relive that exchange with Lynott and call it a day – Stiff Little Fingers may have made their point.