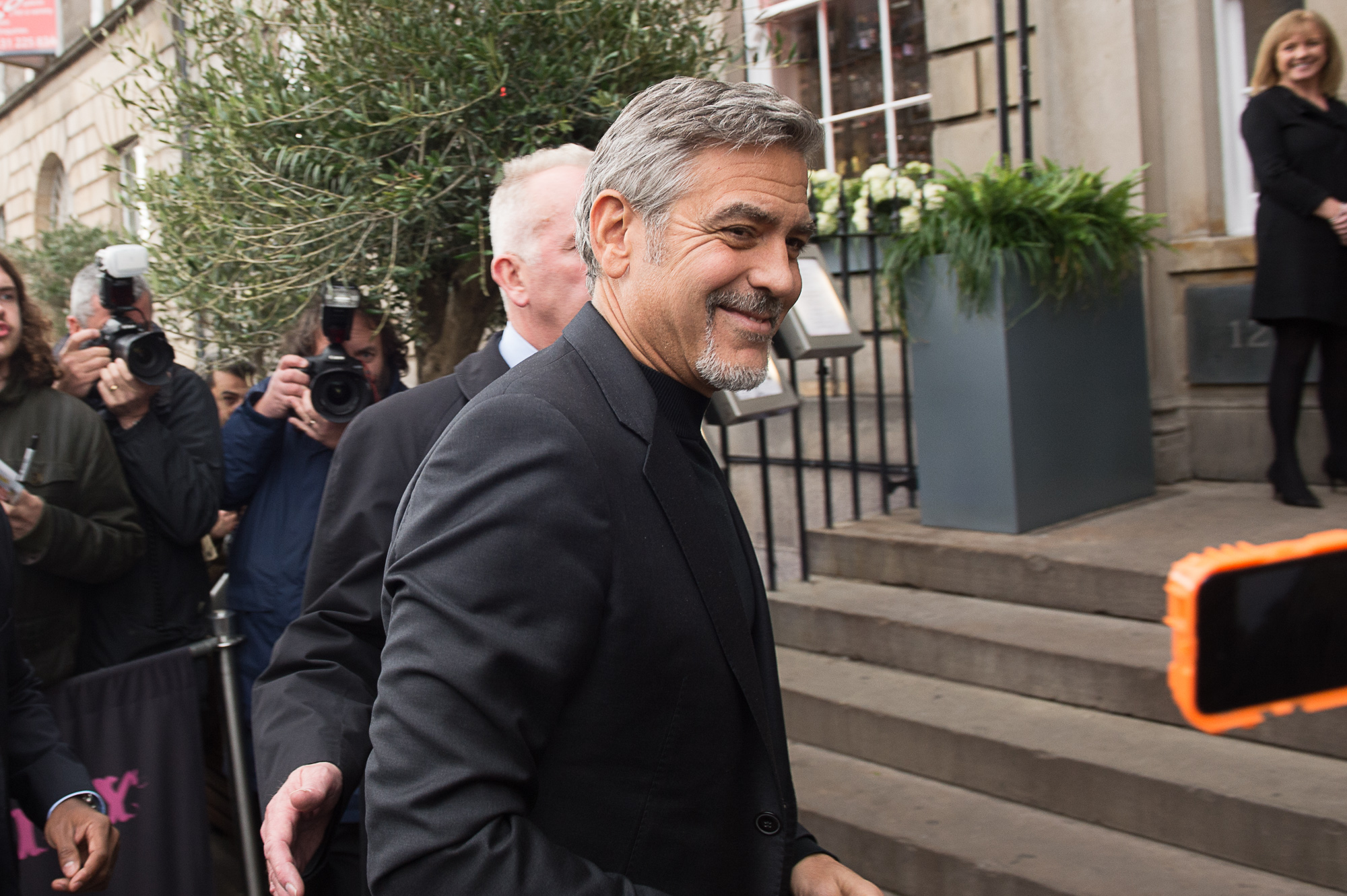 Just in case you missed him, here is a gratuitous photo of the Hollywood star who came to spend the day in Edinburgh today before speaking at the Scottish Business Awards tonight. Three young waitresses became the envy of women around the world after they spent the day in close contact with George Clooney.

And the A-lister also gave the thumbs up to his first taste of Scottish food after he tucked into a Scottish-themed five course lunch at Tigerlily in Edinburgh. Waitresses Hannah Stevens, Abigail Banks and Ursula Giltenane were picked from Tigerlily’s team of staff to serve Clooney at the invite-only meal.

Hannah said: “It was a real thrill to be asked to serve Mr Clooney and we were all a bit nervous.

“But he was so courteous and pleasant all the way through the meal. He looked so relaxed and was happy to chat to everyone. He also said the food was lovely and he thanked us for looking after him so well.”

Around 25 guests were invited to the secret lunch, including Heather McGowan who won a charity competition to dine with Clooney. “We wanted to provide a menu that showcased the best of Scottish produce and local suppliers. We heard he finished all the courses and was full of praise for the dishes.”

The secret lunch was organised at Tigerlily as part of a series of events involving Clooney as part of his support for social venture Social Bite.

Tigerlily is part of the Montpeliers (Edinburgh) Ltd style bar and restaurant group, who have provided consultancy and advice over the last two years to Social Bite, which operates a café in Edinburgh’s Rose Street.

Five chefs from Social Bite joined the Tigerlily team to work on preparing and serving the menu.

Montpeliers Managing Director David Wither said: “We have been fortunate to welcome a number of celebrities and well-known names into our units, but George Clooney pretty much is as big as it gets.

“While we are always delighted to welcome VIPs in normal circumstances, in this case it was a really pleasing to play host to such a superstar visitor as well as helping such a great cause as Social Bite.

We also heard from our staff that he said we had ‘quite a place’ in Tigerlily, so that was great to hear.

“There was a great buzz around the place – not least from our staff who were itching to get a chance to be near him or serve him.

“It was great that we were able to serve George with some of best produce that Scotland can offer – and it was a great thrill for our staff to have such positive reaction.”