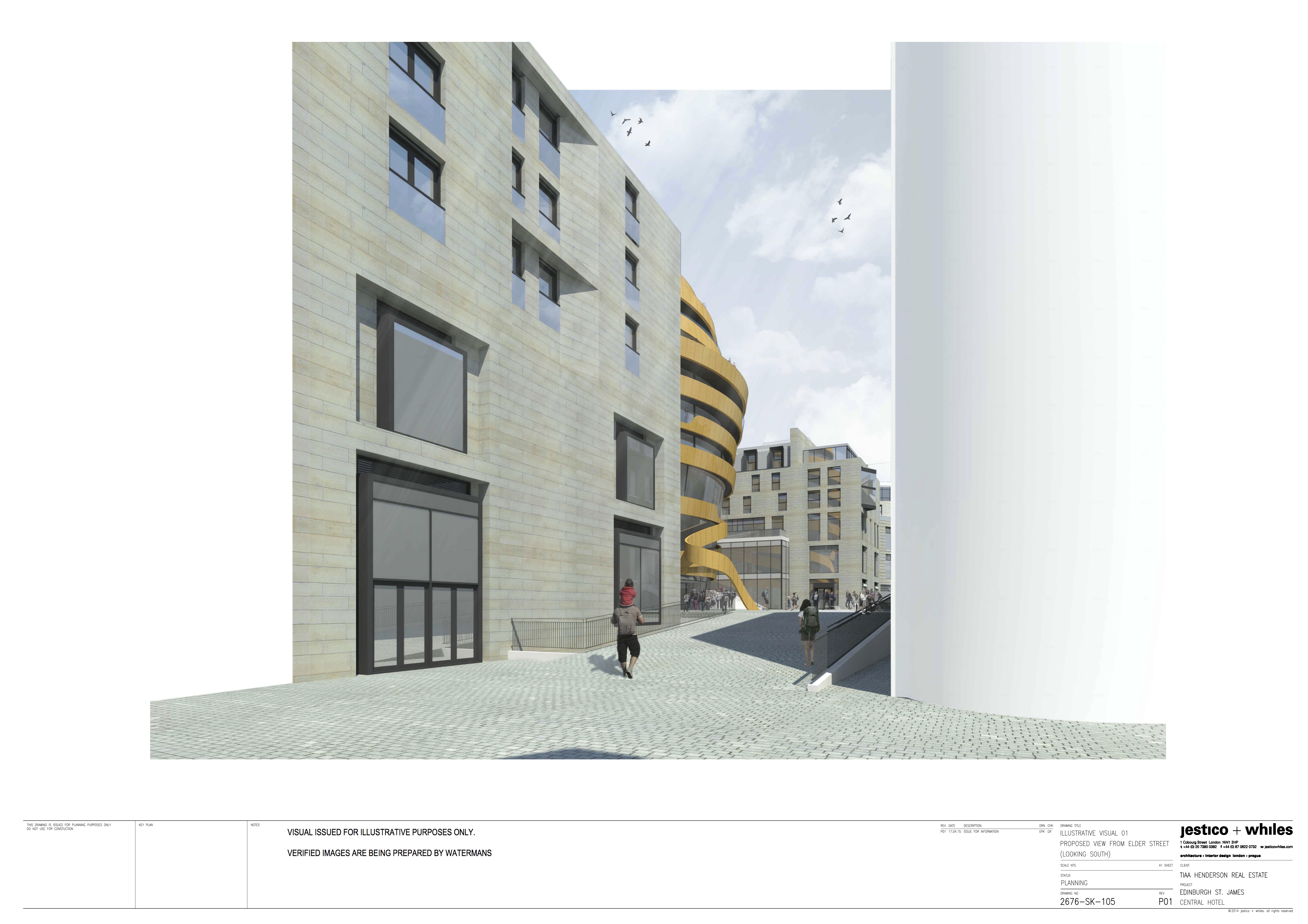 The biggest development in the city centre for some time can now make real progress in the spring of next year. John Lewis withdrew their objection lodged within the planning process clearing the way for the first demolitions. The £850m St James Quarter development at the top of Leith Walk will include houses and shops.

This was the last objection in the way of the development beginning. It also means that John Lewis will be the only tenant left in any of the buildings there, as the rest will be torn down to make way for the new development.

The project is not without its very vocal critics mainly due to the design for the hotel which many have christened the ‘walnut whip’, while others have called it something far worse. The aim is to complete the shops by 2020 and the remaining leisure and residential elements by the following year. Whether or not the hotel in the development ends up looking like the visual produced for the developers we will have to wait and see, but it cannot look worse than the monolith which is there right now can it?

Councillors are asked at the full council meeting next week to delegate authority to the Chief Executive to progress the paperwork, and sell off an area of land at Picardy Place no longer needed. The Chief Executive will also be given powers to finalise a second compulsory purchase order which may be required in order to sweep up any areas which the developer or the council do not already own.

Some ‘common good land’ is included in the development area following approval by the Court of Session earlier this year.

This means that the council will then be free at the appropriate time to enter into the borrowing procedures as agreed in May 2014. The financing of the infrastructure around the development is to be arranged through an innovative financial model involving the council, The Scottish Government and the developer resulting in the council borrowing £61.4m largely dependent on future council tax revenue.

The mixed use development was given approval in principle in 2009 and all necessary bits of land have now been compulsorily purchased at the developer’s expense.

The new development promises 1000 jobs when complete, but also promises other jobs during the construction phase.

John Lewis will be the only store left standing during the development phase and while this paints a lonely picture it is hailed as good news by all concerned. The flagship store is a central pin in the Edinburgh St James development.

Council Leader Andrew Burns said: “It is great news for the city that John Lewis, one of Edinburgh’s best-loved retailers, will form part of the fantastic new development and will continue to trade throughout the construction period. The Council has monitored this situation closely.

“The new St James will transform the area at the east end of Princes Street, create thousands of permanent jobs and add £25 million to the Scottish economy each year.”