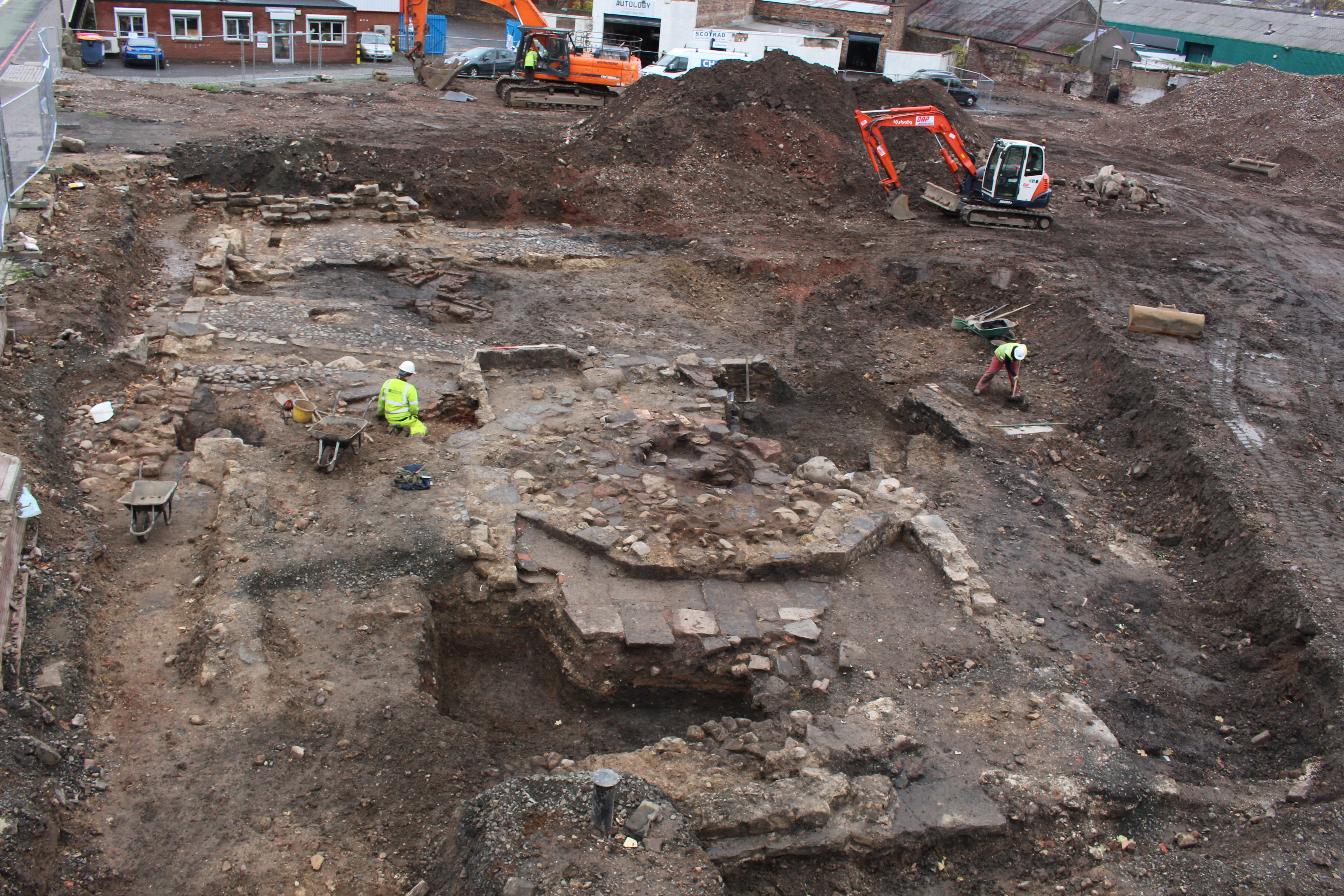 Digging up the land in preparation for student flats archaeologists have uncovered  the foundations of an industrial mill in Gorgie.

Specialists from Headland Archaeology will complete their excavations of the site during the next 2 weeks to gain a greater historical understanding of this part of the city prior to the site being developed. The work has been commissioned by UK Student Accommodation 1 Limited in response to a condition of planning consent by The Edinburgh City Council.

Gorgie has a long history, with the name appearing in the charters of Holyrood Abbey in the 12th century and the first mention of a mill in 1236. At this time the area would have been rural in character but over the coming centuries the lands were gradually developed and large-scale industry took hold comprising factories, mills, distilleries and the railway. Headland`s investigations provided the first detailed archaeological evidence for the existence of the J&G Cox mills and glue factory, which operated on the site from the late 18th through to mid-20th century.

Although depicted on historic maps, little was known about the form and function of these mills until the current excavations which have uncovered evidence for a complex of buildings and kilns. It is hoped the latest excavations could also provide new evidence for the original medieval mills that may have operated at the same site.

This excavation will enable us to better understand the timeline of Gorgie and how the area evolved from its medieval origins through the centuries.

Alistair Robertson, Project Manager at Headland Archaeology said: “Working on the mill site in close partnership with our client UK Student Accommodation 1 Limited and City of Edinburgh Council has allowed us to make a detailed record of the previously hidden remains. We have already uncovered well-preserved tanning pits that would have been used to convert animal carcases into glue when the site operated as a glue factory and we are now exposing elements of the earlier mill buildings such as kilns and cobbled yards. By examining the various structures and artefacts, we hope to understand the processes that took place and learn something of the people carrying them out that witnessed the transformation of Gorgie into an important area of industry for the city.”

Councillor Richard Lewis, Culture and Sport Convener for the City of Edinburgh Council said: “Today, Gorgie is a well-populated part of Edinburgh and home to a busy business

community. It is fascinating to think it was once considered an industrial suburb to the city. Local men and women would have travelled along Gorgie Road on their way to work at the mill and later, in the 18th century, the glue factory and McVitie’s biscuit factory.

John Lawson, City of Edinburgh Council archaeologist, added: “This excavation just goes to show that it’s not just Edinburgh’s Old Town that holds the secrets of the city’s past. These excavations are already proving to be one of the most important industrial sites to be excavated in Edinburgh in recent years.

The excavation is closed to the public.