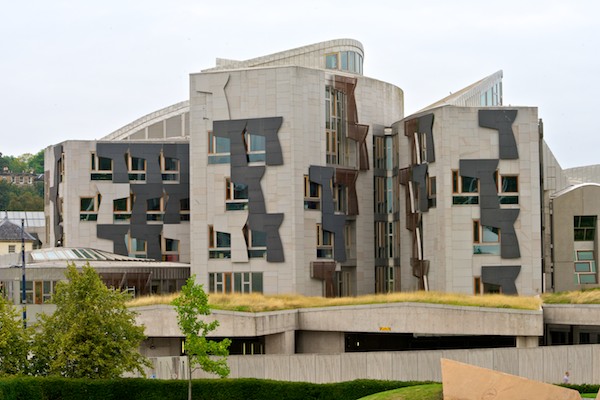 The Cabinet Secretary for Culture, Europe and External Affairs, Fiona Hyslop, was in Dublin this morning to announce a new appointment by The Scottish Government.

Ms Hyslop announced that John Webster will lead the new Scottish innovation and investment hub which will open in Dublin in January 2016.

The European Movement Conference at the National Conversation about the UK’s EU Reform Agenda & Referendum was held in the city’s Gandon North Davenport Hotel.

The event was opened by Tánaiste and Minister for Social Protection, Ms Joan Burton TD and Ms Hyslop was the keynote speaker, offering the Scottish perspective. The Edinburgh Reporter spoke to the Cabinet Secretary after the conference:

The Cabinet Secretary explained the government view which is that Scotland’s relationship with Ireland, our closest European neighbour, is a clear demonstration of nations working together and it  symbolises exactly what the EU is all about,

The hub is part of the Scottish Government’s Programme for Government. It will provide dedicated support to enhancing high-value economic, academic and innovation partnerships between Scotland and Ireland. Scottish exports to Ireland are worth £920 million, according to the latest figures.

“The benefits of EU membership to Scotland and Ireland stretch far and wide. The EU is a vital export market for Scottish companies and accounted for nearly half of our international exports in 2013. It’s also estimated that over 300, 000 Scottish jobs are either directly or indirectly supported by exports within the EU.”

“Investment from Ireland is vital to Scotland and supports around 6, 000 jobs. Exports from Scotland to Ireland also support the Scottish economy to the tune of £920 million. The Dublin hub will provide firms with additional support to help them grow. Our dedicated staff will also have the expertise to give them an insight into what businesses are looking for.

“John Webster is a well-known diplomat here in Ireland and I welcome his appointment. John brings a wealth of experience to the Dublin hub and I’m sure his team will work well under his leadership. I look forward to returning to Ireland next year to discuss their achievements.”