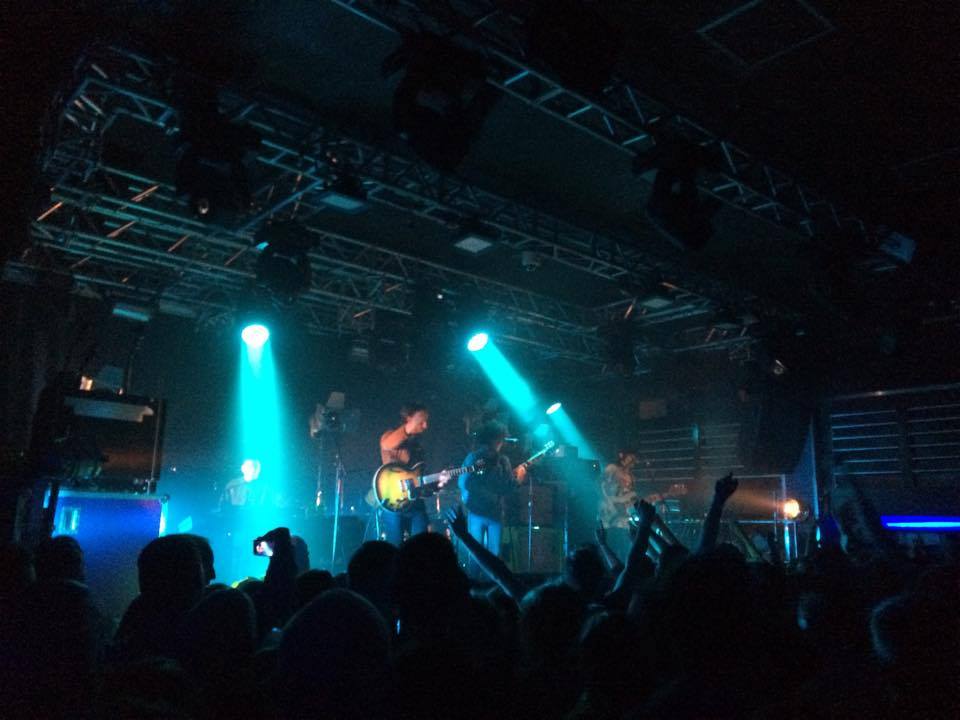 The View were not due on stage for another 30 minutes and Model Aeroplanes were just off stage, yet the familiar ringing of ‘The View are on fire’ chant was roared by every member of the riotous crowd.

It is the second night of their three-night residency at Liquid Rooms and it is not hard for the Dundee band to send the crowd into an immediate frenzy when they open with a selection of hits from their extensive back catalogue.

There was no hanging around with the opening four tracks:  ‘Shock Horror’, ‘5Rebeccas’, ‘Grace’ and ‘Wasted Little DJs’.

It seemed that the floor of Liquid Room was at breaking point.

The View followed up their rapid selection of hits with songs from their new album Ropewalk, which showcases an unusually middle-of-the-road band.

Understandably the lively bunch that dominated the front of the venue at the beginning eventually settled down to enjoy a more sophisticated dose of indie rock.

Apart from ‘Skag Trendy’ and the occasional Beatles snippet before any given song in the tame middle section, it was a fairly conservative setlist.

The second coming of uproarious singing and rip-roaring crowd response began with ‘Face For The Radio’, where the band were drowned out by the ebullient singing coming from the packed floor.

The band weren’t finished with cuts from their sublime debut Hats Off to the Buskers album, as they followed the previous acoustic number with ‘The Don’ and ‘Wasteland’, and concluding the show with prodigious renditions of ‘Same Jeans’ and ‘Superstar Tradesman’.

The View do not do encores, certainly not outside Dundee, but Kyle Falconer stayed on stage for one more solo number.

20 years since Oasis’ (What’s the Story) Morning Glory? was released, when The View were presumably beginning their trip through high school, Falconer played a stripped-down and presumably unplanned number of ‘Don’t Look Back In Anger’. While it was largely ruinous with forgotten chords and dodgy timings, the crowd repaired its misery by singing as loud as it has ever been sung since the Mancunian band split up six years ago.

The View, for all the failures that the band have endured since their first two albums, have still managed to sell out venues in the United Kingdom, and especially north of the border. Yet they have always had one song from the album they are touring to tide them over and attract the fans.

For their new album, there is no song to compel you to buy a ticket.

As long as they have their hits they can probably still entice the crowds and play two or three nights at Liquid Room.