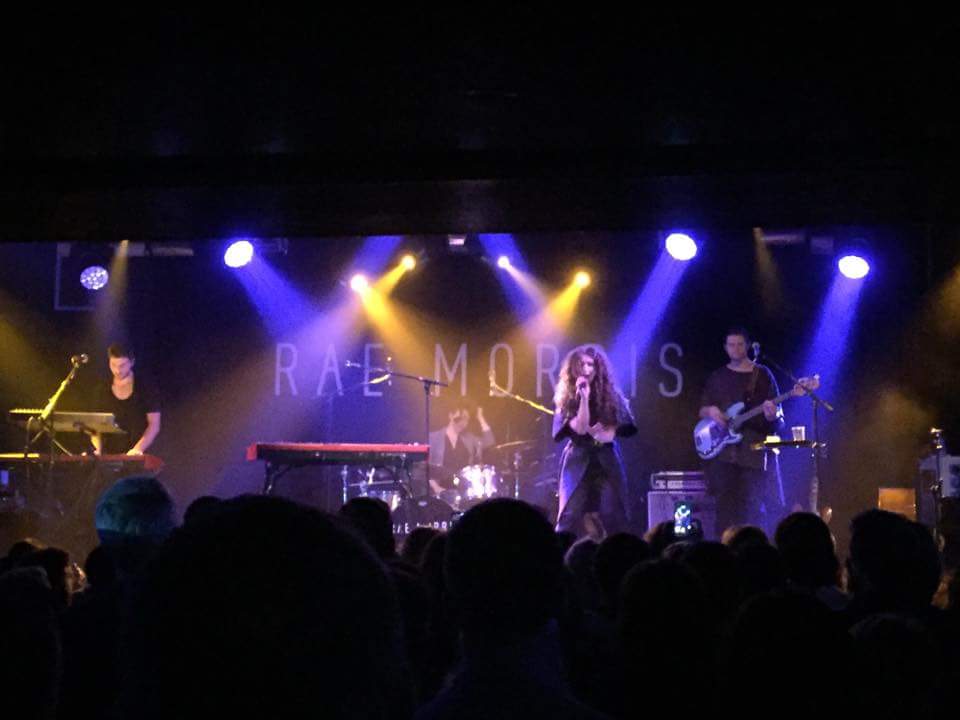 Rae Morris injected a vast amount of energy in her hour-long set and was greeted with a monumental applause after each song. She blushed at the Edinburgh crowd who she claimed was “better than Glasgow” – apparently.

It is difficult to pigeonhole Morris’ music, as it dips into Florence + the Machine, Laura Marling, and modern-day Coldplay territory, including glimpses of Enya. Yet while these comparable artists have shades of morbidness in their music, Morris incorporates the electronica elements of Clean Bandit. She has collaborated with them in the past.

It is evident that Rae Morris is a humble, talented performer, delivering endless gratitude to the audience song after song. She sounds breathless when talking, or has a worrying sore throat, but she effortlessly belts out each track with enough emotion to make you relate to the experiences of lost love and intimacy.

Her blistering tone fills every corner of the half-filled Liquid Room to make it sound like she is playing in the Royal Albert Hall. It is clear her lyrics emphasise why true love eludes her, but she acts assured about her future – which is already bright for a 23-year-old.

It is perhaps just discernible that Rae Morris needs to polish some things about her performance and though she can replicate the songs from her album, it is a little too pitch perfect.

Every little detail from the studio recordings are in the live version, including the echo on her voice, the noticeable delay or the keyboard at the end of songs. It seems that the band have become too used to the album, and now it has become dully robotic.

Her collaboration with Fryars for a song called ‘Cold’ is just as compelling as it was when everybody heard it the first time.

‘Not Knowing’ is the archetypal piano ballad that shows promise for Rae Morris and may take her on the path to a second album. Although what could have been her biggest success is the hit single ‘Love Again’, which ended the show to a rapturous response.