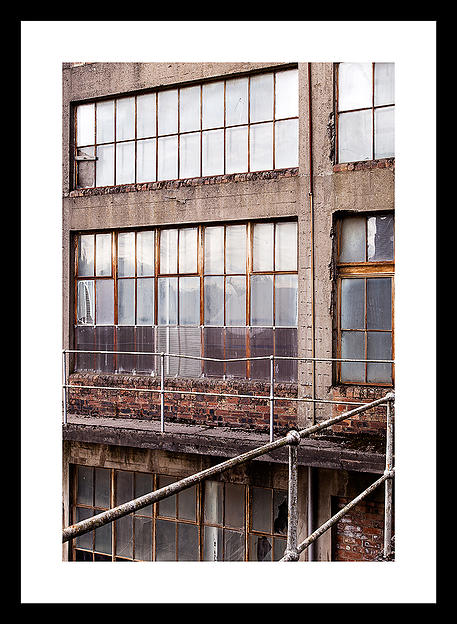 Edinburgh photographer Jim Mackintosh is delighted with the response to his first solo exhibition ‘If Walls Could Talk’ which was staged at the Design Exchange on the top floor of Ocean Terminal between 18th September and 18th October.
The exhibition which celebrated 125 years of manufacture at the Well Brae site in Falkland was widely praised on social media and attracted thousands of visitors. Jim told the Edinburgh Reporter: “This was my first solo exhibition and I just wasn’t sure how the images would be received but I’ve been absolutely delighted with the response. Workers from the factory came across to Edinburgh for the opening and it was fantastic to see how the photographs rekindled memories of the old factory. But it hasn’t only been workers from the Well Brae site. I’ve spoken with visitors from all over the UK who have been reminded of similar factories that they worked in as youngsters and have all recounted individual tails of the hardships and laughs that they had. Knowing that my photographs have had an impact on people has been a real confidence boost and validated my work.”
“I’m indebted to all at Smith Anderson for their support throughout the project and to The Scottish Design Exchange for hosting the exhibition. Now it’s time to get on with planning my next exhibition which is pencilled in for early 2016” The factory was originally constructed in 1890’s to produce linen, before becoming a linoleum factory in the 1930’s and finally being bought by Smith Anderson Group in the 1960’s to manufacture paper bags. Production stopped in 2012 as the company moved to a modern facility and the Well Brae site is now due for demolition and redevelopment. The photographs captured the historical and social history of the site with a range of architectural, portrait and still life images that truly evoke the character of the buildings and people..