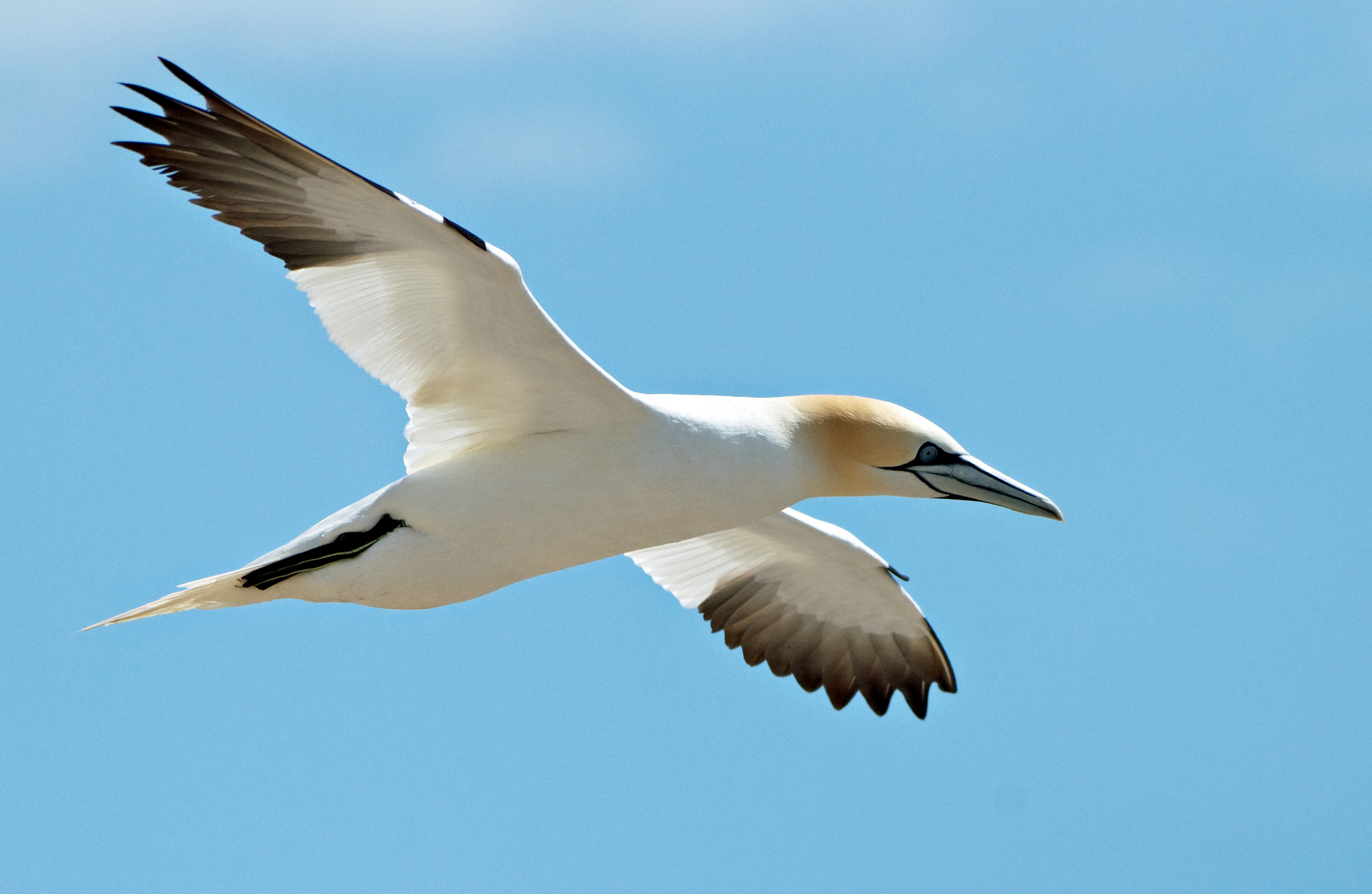 We’ve been enjoying a spell of wonderfully calm, sunny days. On such days the Bass Rock in the Firth of Forth shines dazzlingly white against the blue sky and the blue sea. The white, of course, are the 150,000 gannets, now about to depart for their winter at sea. But this week we learnt of a new threat to this colony of gannets, the largest in the world.

A study published in the Journal of Applied Ecology found that gannets fly higher than previously thought when fishing, up to 27 metres from the surface of the water. This puts them in danger of being struck by the blades of off-shore wind turbines which are required to be only 22 metres from the surface. The scientists, from Glasgow University, reckon that 1500 gannets a year would thus be killed by two wind farms planned for the North Sea, not far from the Bass Rock.

So yet again our desperate search for energy comes up against our duty to care for the environment. Last weekend, further west along the Firth of Forth, we bade farewell to one of the great symbols of the age of coal when the two chimneys of Cockenzie power station were brought down in a dramatic controlled explosion. Coal now only accounts for 20 per cent of Scotland’s electricity production and that will fall to zero next year with the closure of the Longannet power station in Fife. Half of our electricity now comes from renewable sources. This is good news for the environment. But as we discovering, there are disadvantages to renewables too. Maybe we just need to put the turbine blades a shade higher but no doubt there will be problems with that also. Nothing is as straightforward as it seems.

Take being First Minister, for example. Nicola Sturgeon has not had an easy week. First she came under attack from the new Keir Hardie of the Labour Party. Jeremy Corbyn used a passage in his big conference speech in Brighton to suggest the SNP was not as “anti-austerity” as it makes out, citing cuts to local government and college places and a failure to solve the chronic housing shortage in Scotland. “Flags don’t build houses” he told one interviewer and he made clear he would be campaigning hard in Scotland over the next few months – beginning with visits this weekend.

Then Ms Sturgeon faced questions in parliament over the temporary departure of the SNP’s business spokeswoman, Michelle Thomson MP.  Thomson stepped aside while the police investigate the property dealings of her former lawyer Christopher Hales.

He was “struck off” the roll of solicitors last year for professional misconduct. Ms Thomson says she’s done nothing wrong and the SNP say they knew nothing about the case until they read about it in the newspapers last weekend. But that didn’t stop Labour’s Kezia Dugdale and the Conservatives’ Ruth Davidson inquiring politely about the SNP’s background checks on Ms Thomson.

Earlier in the week, the SNP’s culture secretary Fiona Hyslop faced hostile questioning by a Holyrood committee over what was deemed an unusual grant of £150,000 to the T in the Park rock festival. She explained that the festival was in danger of being cancelled this summer because of the extra cost of moving to its new venue at Strathallan. Unfortunately some of the paperwork was heavily “redacted” to protect the commercial confidentiality of the organisers DF Concerts, which only encouraged the opposition parties to suspect skulduggery.

It appears that Scots are gradually moving east. According to the National Records Office, young people are leaving the west of Scotland and moving to Edinburgh, Dundee and Aberdeen to find work and a new life. Only Glasgow is holding its own, with a net loss last year of 17 people, without counting the 2,000 to 6,000 asylum seekers who have been offered accommodation in the city each year for the last 12 years. Scotland is also growing older. Last year 910 senior citizens were over a hundred years old.

Finally, the storytellers of Hollywood (not to be confused with Holyrood) have brought out a new film about Macbeth which received its premiere in Edinburgh last weekend. It is, of course, Shakespeare’s version, not the real thing and stars Michael Fassbender and Marion Cotillard.   But no doubt, like Braveheart, it will be good for our tourism industry and, hopefully, shock us into leaving our troubled history behind and living a gentler, quieter life.