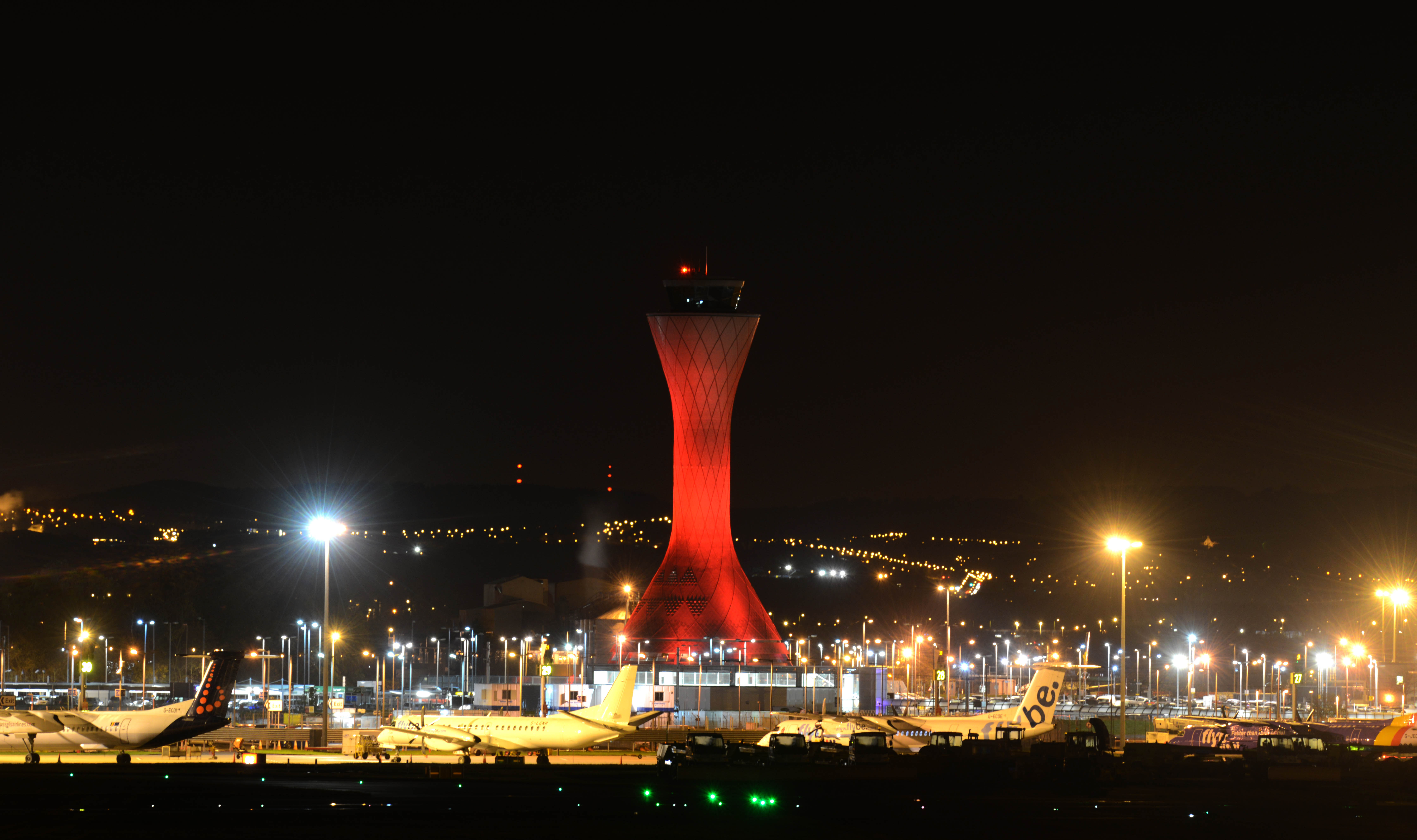 The 57-metre air traffic control tower at Edinburgh Airport is one of the first venues in Scotland to be lit up in red as a tribute to the 2015 Scottish Poppy Appeal.

The imposing tower will glow red from sunset until sunrise every night until 11th November to raise awareness of the annual fundraising campaign run by charity Poppyscotland. In addition, the plaza outside the terminal and new Edinburgh sign will be lit up in red.

The theme of the 2015 Scottish Poppy Appeal is Donate like you mean it and Poppyscotland is aiming to raise as much money as possible so it can continue to support those in the Armed Forces community who need it most. The initiative at Edinburgh Airport will help to raise awareness of the charity’s year-round work.

Poppyscotland’s Head of Fundraising Colin Flinn said: “We are grateful to Edinburgh Airport for its ongoing support. The tower in red looks striking against the skyline and is visible to so many people. We hope that when people see the tower and plaza they will think about what the poppy means to them and, importantly, donate like they mean it so that we can raise even more money this year to continue our life-changing work.”

Gordon Dewar, Edinburgh Airport’s Chief Executive, said: “At Edinburgh Airport we have a rich and long history with the Royal Air Force – and we are very proud to support the Poppyscotland appeal. Edinburgh Airport have had a great relationship with this charity for many years and I am delighted that the tower will be glowing red to once again raise awareness and highlight the wonderful work that Poppyscotland does.”

People can support the 2015 Appeal by taking a video or photo selfie using the hashtag #MyPoppyMeans and sharing on social media then donating like they mean it by putting money in the poppy tins, texting POPPY to 70800 to give £3* or going online at www.poppyscotland.org.uk