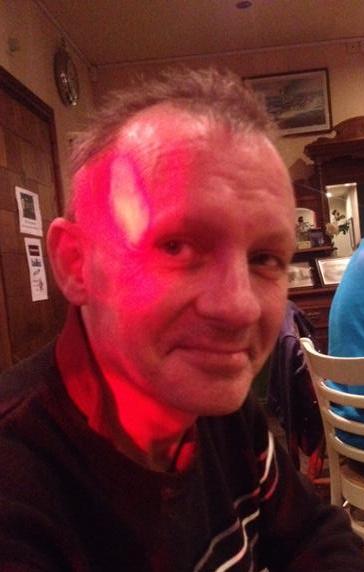 Police in East Lothian are appealing for information in order to trace a 53-year-old man, who is missing from the local area.

Mark Wallsworth, who comes from the Ossett area of West Yorkshire, was last seen at 8.30am yesterday morning (Friday, October 16) at an address in Doctor McEwan Lane, Prestonpans.

Mark was visiting family at this address when he left the premises.  He has not been seen since and officers are growing increasing concerned for his welfare.

Mark is described as a white man with a slim build.  He is around 5ft 9” in height, has thinning dark grey hair and a Yorkshire accent.

At the time Mark went missing he was wearing black tracksuit bottoms, a Celtic FC football top which is all white with a yellow stripe across the chest, a brown leather jacket and dark brogue shoes.

Mark has a variety of medical concerns and is unfamiliar with the local area. Considering these circumstances, officers are keen to trace him as soon as possible.

Inspector Neil Mitchell said:  “Mark has been missing now for some time and we are concerned for his welfare.

“We are also aware that Mark is unfamiliar with the East Lothian area.  With this in mind we are eager to trace in him as soon as possible.

“Anyone who has seen Mark, or recognises his description, is asked to get in touch with police immediately.”