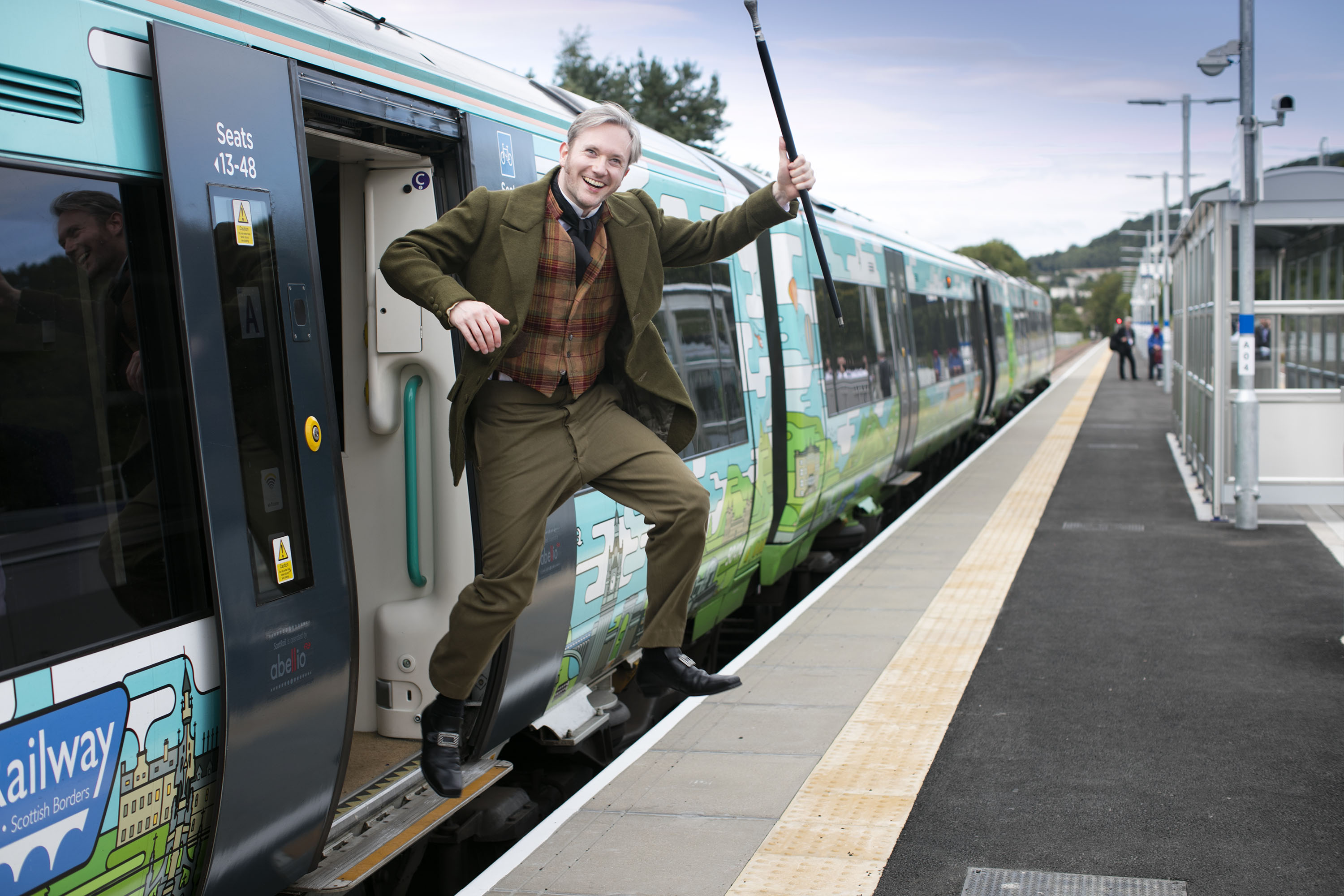 Hard to believe but it is now one month since the Borders Railway line opened on Sunday 6 September.

Since then more than 125,000 passenger journeys have been made on the line.

Public interest soared following almost a week of celebrations, starting on Friday 4 September with a media preview trip and culminating in the line being officially opened by Her Majesty The Queen on Wednesday 9 September.

With 192 services running on the line each week, demand to travel has been so high that ScotRail has added additional carriages to busy trains – particularly on weekends and at midweek peaks.

As well as this figure, 17 sold out steam trains will have run on the line before mid-October, carrying around 6,200 passengers on special return journeys from Edinburgh to Tweedbank.

Phil Verster, managing director of the ScotRail Alliance, said: “The incredible interest in the Borders Railway over the first few weeks highlights what a remarkable achievement has been made by the opening of the new line.

“By helping to create new opportunities for the people of the Scottish Borders, Midlothian and Edinburgh, this line better connects the regions and benefits both the local people and the local economy.

“There is a great future ahead for Scotland’s railways, and the Borders Railway is an exciting part of that.”

Minister for Transport and Islands, Derek Mackay, said: “The historic reopening of the Borders Railway has clearly captured people’s interest and I am delighted to see the soaraway success of services and impressive passenger numbers.

“It is particularly good to see the Borders and Midlothian reap the benefits of being reconnected to Scotland’s rail network after an absence of almost half a century.

“Alongside delivering greater connectivity through landmark projects such as the Borders Railway, the Scottish Government is committed to a record £5 billion investment in our railways to improve rolling stock, rail infrastructure, as well as recruiting 100 new train drivers, all of which will ensure that Scotland’s rail network remains among the best in the UK.”

Councillor David Parker, Leader of Scottish Borders Council, said: “I was always confident that the Borders Railway would be a success, but even a passionate railway supporter such as myself has been taken aback by the huge numbers who have embraced the new service.

“We have not only had Borderers using the service for work and recreation but many people from the central belt have been jumping on board to visit our region. The knock-on effect has already been seen, with local businesses such as cafes and restaurants reporting extra trade.

“The aim of the Borders Railway Blueprint programme is for the railway to stimulate growth in our businesses, investment into our region and to create new jobs – already we are starting to see signs of all three and it bodes very well for the future.”

For more information on the Borders Railway, visit www.bordersrailway.co.uk