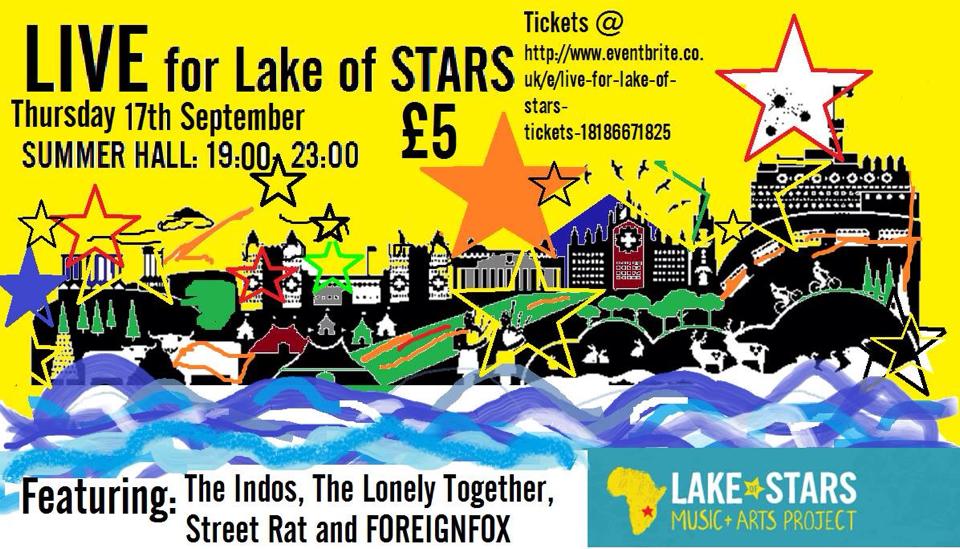 Rider Events, run by five Festival and Events Management students at Edinburgh Napier University, are organising their second concert – this time to raise funds for a group of fourth year students to go to Malawi and work at the Lake of Stars Festival.

The event will take place at Summerhall on 17 September 2015 and will feature an eclectic mix of artists, including The Lonely Together, Street Rat, The Indos and FOREIGNFOX.

Lake of Stars contributes a sizeable amount of money to Malawi’s economy and promotes the country’s arts and tourism through international communication and exposure. The festival is organised on the shores of Lake Malawi and some events take place in Europe and across Africa.

The project was set up by Will Jameson in 2003, who drafted inspiration from events such as WOMAD and Glastonbury. It has since attracted thousands of people outwith Malawi.

A Facebook event for the night can be found here, and tickets can be purchased for £5 here.