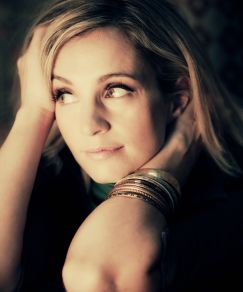 Irish folksinger Cara Dillon will perform songs from her latest, critically acclaimed album ‘A Thousand Hearts’ (Sony, 2014) alongside a selection of favourites when she appears at Edinburgh’s  Queen’s Hall on Friday 16th October, along with special guests Kathryn Roberts and Sean Lakeman.

Her extraordinary ability to simultaneously seduce both traditional folk purists and a more mainstream audience has seen her rise to the very top of her genre where, in addition to her countless fans, she continues to be celebrated by some of the biggest names in music including the likes of Ed Sheeran, Alison Krauss, Sam Smith, Ellie Goulding, Timothy B Schmit (the Eagles), Robert Plant and Paul Brady.

Unsurprisingly, Cara is in constant demand and has performed all over the world. She is always surrounded by the finest players on the scene and can often be found collaborating with a host of others. In addition to touring with her acclaimed band, Cara will be spending a portion of 2015 touring as a trio which will offer her legions of fans a far more exclusive and informal experience as she hopes to cast a spell over a range of venues. Describing how performing in smaller places affects her, Cara muses… “Being in an intimate venue is where I feel most comfortable. Don’t get me wrong, It’s a thrill to perform on big stages but I absolutely love the moments when I can drift away from the audience and totally lose myself in a song…there’s nothing like it.” Whatever the venue or occasion she never fails to leave audiences captivated by her angelic voice and enchanting personality and if you’ve never seen her sing live before then you really are missing out.

Dillon first made waves in 2001 when her eponymous solo album released on Rough Trade went on to scoop two BBC Folk Awards among a hoard of other accolades. Two further successful albums, also on Rough Trade showered her with countless more awards and acclaim, but it was her forth album ‘Hill Of Thieves’ released on her own label, Charcoal Records, that eclipsed them all by winning BBC Folk Album Of The Year in 2010. ‘A Thousand Hearts’ looks set to do the same and has sat firmly at the top of the Celtic Chart since it’s release in May 2014.

For more information and the latest news, please visit www.cardillon.co.uk