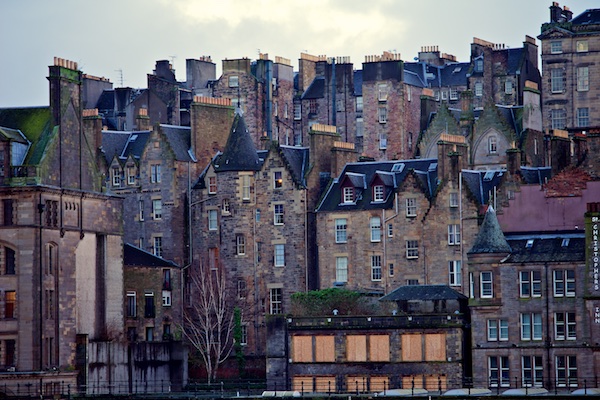 The Royal Bank is proposing to move out of the large building at the foot of Dundas Street and move the staff who work there to Gogarburn.

If you wish to comment on the plans to redevelop the area into a residential led mixed use development then you have till this Friday to have your say on the pre-application consultation.

Although you have missed the first drop in event where the plans were being displayed you can read more on the New Town and Broughton Community Council website here.

Are you entering the Golden Spurtle on 10 October?If you’re also from Edinburgh then we would like to hear from you! It is a porridge making competition held in Carrbridge and John Boa from Edinburgh won it three years in a row but missed out last year when a surgeon from Aberdeen lifted the title.

The World Porridge Making Championship title will be awarded to the competitor producing the best traditional porridge, made from oatmeal (pinhead, course, medium or fine).

The traditional porridge must be made with untreated oatmeal and not with oat flakes and with only water and salt. The judges will be strict on these rules.

Each competitor is required to produce at least 1 pint [500ml] of porridge which is to be divided into 3 portions for the judges to taste.

A further award will be made for the best speciality porridge made with oatmeal [pinhead, course, medium or fine] which can have other ingredients added. This porridge should be made and presented at the same time as the traditional porridge.

For the speciality porridge, the blending and harmony of the porridge with the other ingredients will be the criteria used. Next week you have the opportunity of signing up as a volunteer to any number of organisations who will have their wares on display at St Paul’s and St George’s Episcopal Church on the corner of Broughton Street and York Place. Calling all Santas! It’s time to get into the festive mood and put your running shoes on – and all for a good cause. On your marks, get set, Ho Ho Ho!

Once more, Scotland’s fundraising Santa’s and Santa’s Little Helpers will run, walk and stroll around West Prices Street Gardens on Sunday 13th December 2015, which is spread over a short 2.5km circuit.

The Edinburgh Santa Fun Run & Walk is a great way to get into the Christmas Spirit whilst you enjoy time with family, friends and work colleagues; you can even bring the family dog, to help us continue granting the very special Wishes for children who are living with a life threatening illness throughout Scotland. What’s more, you don’t have to be a runner to take part; it’s all for FUN!