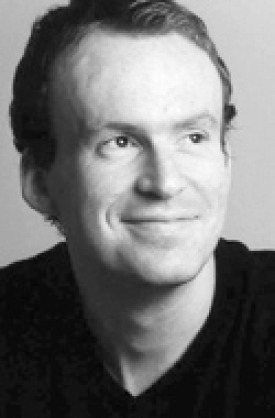 Matt Haig almost didn’t get asked to deliver this lecture at all.

When Tony Bradman (Chairman) and Kate Powling (Director) of the Siobhan Dowd Trust started to think about someone to follow in Patrick Ness’s illustrious footsteps (he gave the first Siobhan Dowd lecture last year) Matt seemed to tick all the boxes; they liked his books and his Book Trust blogs, he was funny, he had experience of life. They were even quite interested in his list-making prowess – until Tony read the one entitled Things I Love. It included Rome. motorways at night… and Marmite and peanut butter sandwiches. Tony was shocked – well who wouldn’t be? Luckily, he overcame his (understandable) horror, and here we are today, and here is Matt, asking ;

‘What is the point of books?’ This is the kind of question to which you think you know the answer until you have to find it. Most species, as Matt points out, survive just fine without books; nothing has become extinct for lack of reading matter. Books can nourish your soul, give you a map to help you navigate your inner world – but can they really save your life? Well yes, says the author of Reasons To Stay Alive; they saved his.

When Matt was in his early 20s he suffered a sudden and catastrophic breakdown. Without warning he was overcome by anxiety and depression; suicide became an attractive option. He became agraphobic, had panic attacks, withdrew from his social circle; the only person he could talk to was his then girlfriend (now wife) Andrea. The two of them moved back to Matt’s parents’ house in Newark (‘the one place I’d been trying to get away from as a teenager; the dullest place on earth’). My own in-laws ‘downsized’ the minute their last child moved out; a friend turned her son’s room into a sewing studio….luckily Matt’s Mum and Dad hadn’t quite got around to any of that; even Matt’s childhood books were still in situ, so Andrea suggested he try reading some. Concentration didn’t come easily; Stephen King, one of Matt’s teenage favourites, was a no-no, so he settled on The Outsiders, SE Hinton’s classic coming-of-age tale about children from the wrong side of the tracks. He knew the story – he’d read it eight times before – and this was one of its attractions, it allowed him to connect with a younger and healthier version of himself. ‘It helped me to choreograph the anarchy of my mind’. It also had a beginning, a middle and an end; it let Matt believe in the possibility of order and of change. And that is what stories are about.

Over the next few months Matt read more and even started writing. Everything else was still a huge challenge – even going on an escalator was hard – but the narrative shape that he saw in books began to show him some shape in his life; he also realised, like Roald Dahl’s Matilda, that he was not alone. Writing Reasons to Stay Alive (some years after his breakdown) was not a dangerous act but a liberating one; ‘depression is like a vampire; it can die in the light. Writing about it changes it.’

Matt Haig may feel that books saved him, but the current Secretary for Education begs to differ. The Rt Hon Nicky Morgan, a former corporate lawyer with no teaching experience, has said that pupils should steer clear of the arts if they want good careers. You can probably guess what Matt thinks about Ms Morgan’s views, and the EIBF audience is clearly on his side. He deprecates the idea that children should think of reading simply as a tool to pass exams and get a highly paid job, and he doesn’t do so for airy-fairy reasons.

Rates of mental illness are soaring in the under 18s; half of all adults with mental health problems develop those problems as teenagers. There has been a 70% rise in 10-14 year olds attending Accident & Emergency Units for mental health reasons, and teenage suicides are increasing fast. These, says Matt, are preventable deaths, and he believes they are caused by our increasing cultural isolation.

Reading increases empathy; it shows us people who have been through difficult times and come out the other side. Novels help us to make sense of our own lives and to understand things outwith our experience;

‘Books remind us that in our minds we can be free.’

For reading, Matt suggests, is the ultimate rebellious act. In a world that wants to isolate us, to keep us shallow, alone and unquestioning, stories connect us to one another. Great books have changed the world; Melvyn Bragg lists the King James Bible and On the Origin of the Species as two of the twelve most influential books of all time, but it’s not just the famous ones that can change your life – any book that speaks to you is important. And some of the best sources of those books are libraries, ‘one of the few places not in love with our wallets’. When the Trust visits schools, Tony says, it sees the Education Secretary’s ideas in action; despite teachers’ best efforts, the joy of reading is being sucked away by the endless pressure to perform well in exams;

‘We must not GCSE the life out of books’

As the parent of three children who have suffered the stupifying effects of Higher English, I can identify with that one. Matt suggests that we need to look hard at the kind of society we want; should it be based on money, status, competition, division and the rat race? Or on kindness, understanding, compassion, generosity and the sharing of ideas and feelings? He does believe, though, that society is starting to change; new generations are questioning the material values of the last one – they want something different. And people are finally ready to talk about mental health; numerous shows in the Edinburgh Fringe touch on it, and here at the Book Festival writers from Andrew Scull to June Andrews and Matt himself will address aspects of the subject. At the beginning of this session, Tony Bradman shows a short film about the work of the Siobhan Dowd Trust. Siobhan, whom Tony describes as ‘a shining meteor’ of a writer, died in 2007, leaving the royalties from her celebrated books to support projects bringing the joy of reading to disadvantaged young people. From funding school libraries in deprived areas to taking sixty children – children for whom, in the words of their teacher, ‘reality has come to soon’ – on a trip to the Book Trust’s Young Adult Literature Convention, the Trust’s work reaches out to people at what can be the most vulnerable times of their lives. For a little while at least, it allows them to be free.

For more information about the Siobhan Dowd Trust, visit its website here. Matt Haig’s book, Reasons to Stay Alive, is published by Canongate.