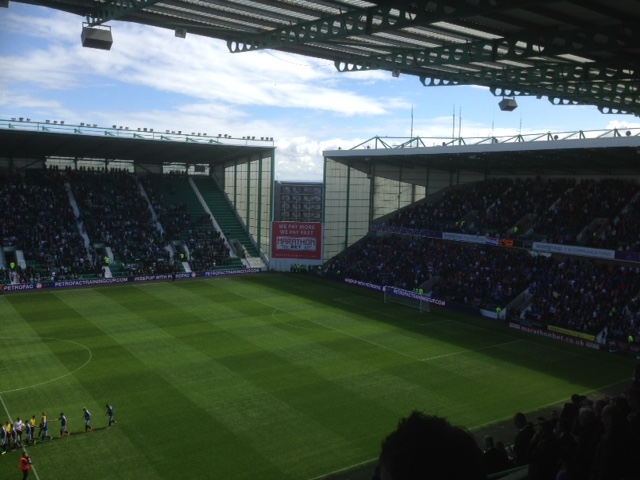 Police in the capital  ensured that a significant policing presence was put in place to keep the public safe during the first round of the Petrofac Training Cup between Hibernian and Rangers at Easter Road Stadium.

Six people were arrested for various offences, of which three men aged 20, 30 and 39 were charged under the Offensive Behaviour at Football & Threatening Communications (Scotland) Act 2012 following sectarian singing.

A seventh person was charged for allowing alcohol consumption on a public supporters coach attending the match.

Chief Inspector Bob Paris said: “The behaviour of the majority of Hibs and Rangers fans in attendance today was commendable and I’d like to thank them for that.

“It’s disappointing when the reckless conduct of a few people threatens the safety, wellbeing and enjoyment of other supporters. Police Scotland will be applying to the Courts for Football Banning Orders to be placed on the individuals involved.

“We will not tolerate behaviour of this nature and, with the cooperation of other supporters and the assistance of the Football Clubs, officers were able to act swiftly to successfully apprehend these individuals.”