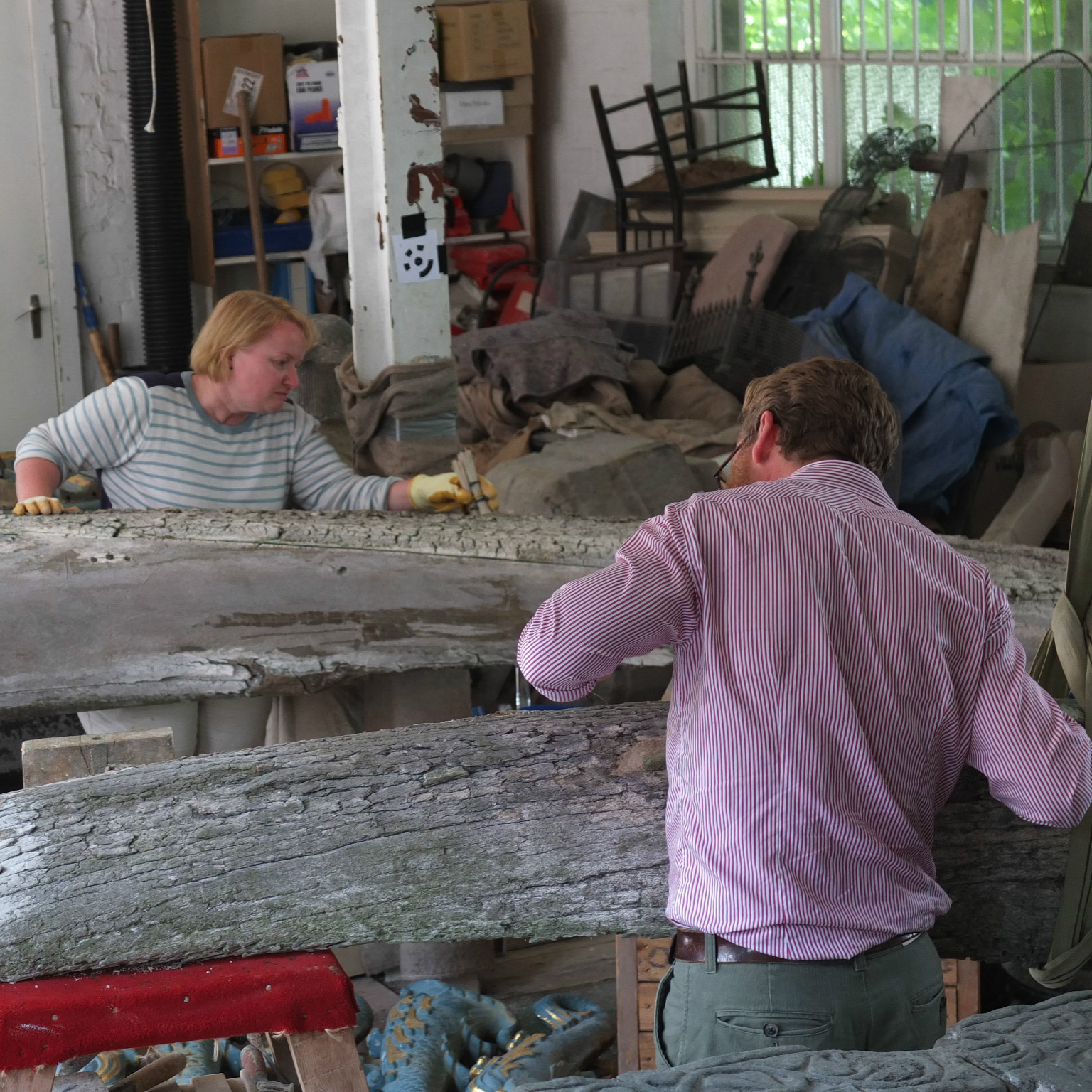 The City of Edinburgh Council appointed Nicolas Boyes Conservators to undertake the careful removal of the Jawbone Arch in July 2014. The bones are being repaired and preserved and it is expected the works will be completed by this autumn, allowing the bones to be reinstated in the Meadows later this year.

The total estimated repair work for the bones is £49,000. Just over half of the funding target has been provided by the City of Edinburgh Council and Edinburgh World Heritage, and the remainder has been fundraised. The majority of donations have been provided by local residents and associations, including the Marchmont and Sciennes Community Council, the Grange Association, and the Friends of the Meadows and Bruntsfield Links and just £3,000 remains to be secured. For those who may wish to make cash donations to the fundraising appeal for conservation work to the Arch, visit Just Giving.

Whalebone arches can be found in many places around Scotland, particularly in areas associated with the whaling industry. Edinburgh’s Arch is one of last relics of the International Exhibition of Science and Art which took place in the Meadows in 1886. The jaw bones of a whale formed part of the stand of the Shetland and Fair Isle Knitters, and after the exhibition they were gifted to the city.