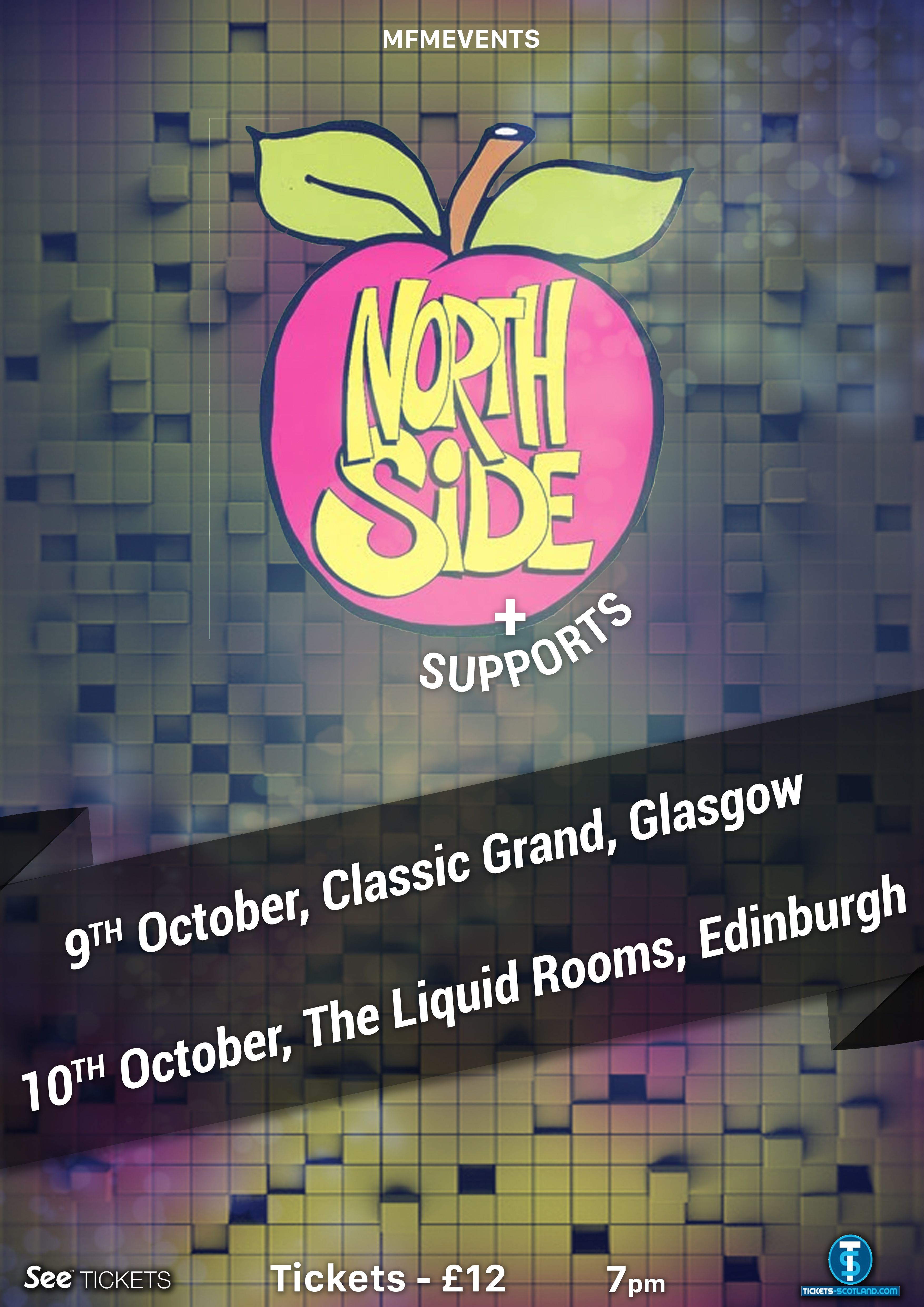 Which side? This side? That side? No. Northside. Coming from the North side of the Republic of Mancunia, Blackley and Moston’s finest return to Scotland taking in shows at The Classic Grand Glasgow and The Liquid Rooms Edinburgh.

Their Northern baggy groove offering funky, danceable ‘choons’ tinged with punk, reggae and psychedelia. The original ‘mad for it’ band in my eyes and ears. With ‘bass geeetar’, soaring, choppy guitars – wah-wah aplenty, catchy drumbeats and the infectious Warren ‘Dermo’ Dermody on vocals, Northside were well and truly ‘in the area’ with their indie / dance crossover appealing to the masses over a few hazy summers.

For those of a Madchester/baggy persuasion the return of Northside will invoke memories of times gone by. They were signed to Tony Wilsons Factory Records and released 3 singles ‘Shall We Take A Trip’, ‘My Rising Star’ and ‘Take 5’, after the release of their album ‘Chicken Rythms’ the band split in 1992. In 2014 the band took to the road with a reunion tour and now in 2015 there is the promise of new material being thrown into their live sets.

Lead singer Dermo said about the Scottish shows “I love Glasgow, always have always will. Every time we go there its like the first time, a home from home. One of our most memorable gigs was at the Barrowlands. The last time we played Edinburgh was in the early 90’s and it was a musical riot. I’m sure it’ll be the same again when we go back.”

Northside are joined on both dates by Glasgow’s very own Britrockers Feet Of Clay, who over recent years have headlined Barrowlands and will be performing at festivals throughout the summer.

Tickets are available from Tickets Scotland, See Tickets and Ripping Records for £12
http://www.seetickets.com/tour/northside-scottish-shows/