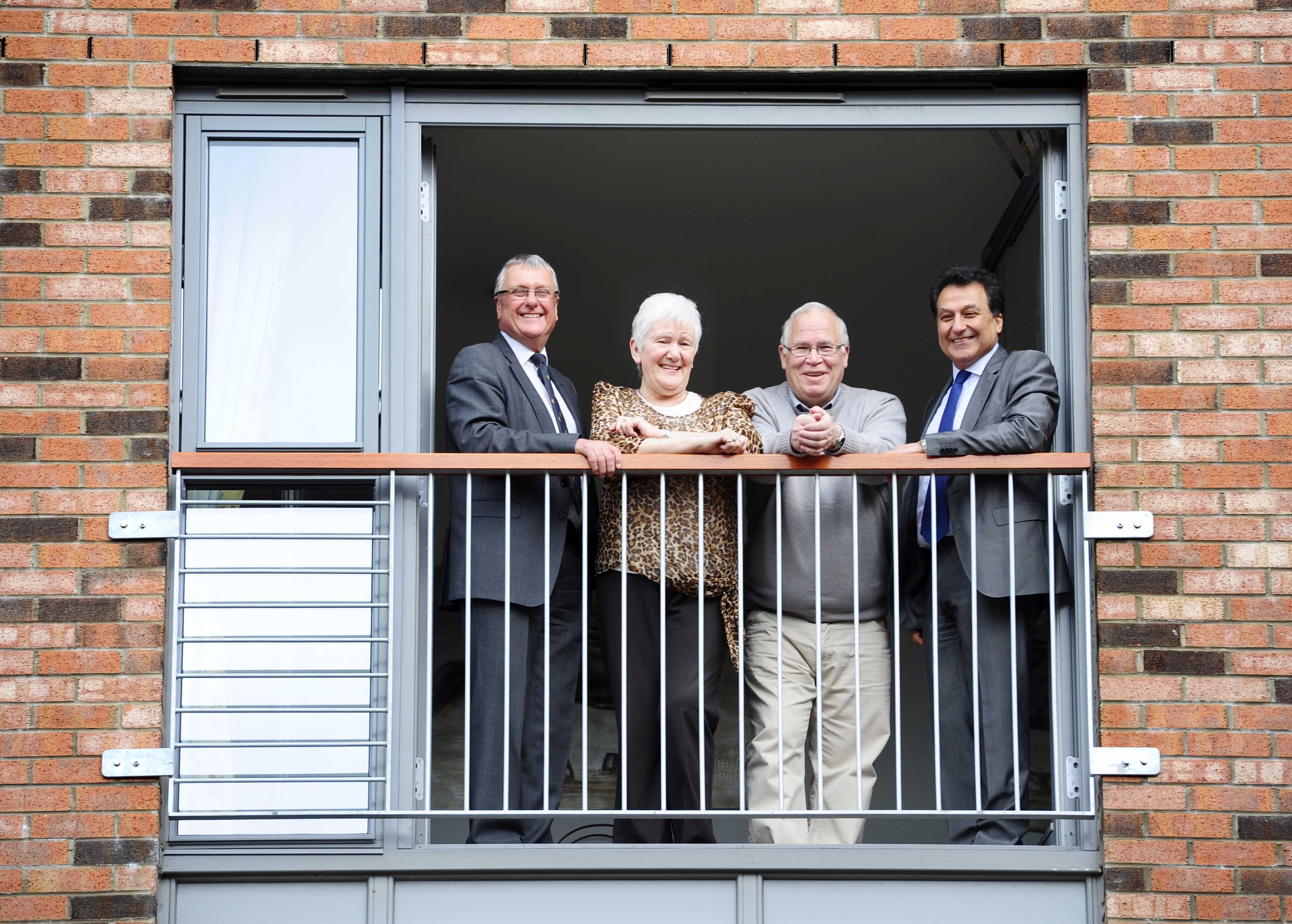 FREE PIC- Merchants’ Court bespoke housing development for frail and elderly, Liberton, Edinburgh, 02/04/2015:
£5.8m Merchants’ Court Liberton housing development boosts independence and quality of life for Edinburgh’s frail and elderly.
The development of forty eight flats provides rented accommodation for a range of elderly tenants, including the disabled. Merchants’ Court has been built in two phases with the first phase of 32 flats completed in May 2014 and officially opened by HRH The Princess Royal in September 2014. The second phase of a further block of 16 flats completed in March 2015 will see its first tenants move in later this month (April 2015).
Eileen and Brian Stemp (correct, centre), two of the development’s phase one residents, are pictured in their new flat with Ian Watson, Master of The Merchant Company of Edinburgh’s Endowments Trust – one of the project’s main backers left and Mike Afshar (correct, right), chairman of The Merchant Company’s Frail and Elderly Committee.
Further information from: Felicity MacFarlane or Elizabeth Lambley, Indigo PR, Edinburgh – 0131 554 1230 – 07584 672 301 or 07967 374 330
Photography from: Colin Hattersley Photography – colinhattersley@btinternet.com – www.colinhattersley.com – 07974 957 388 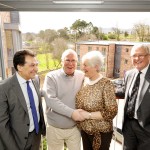 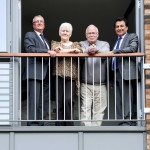