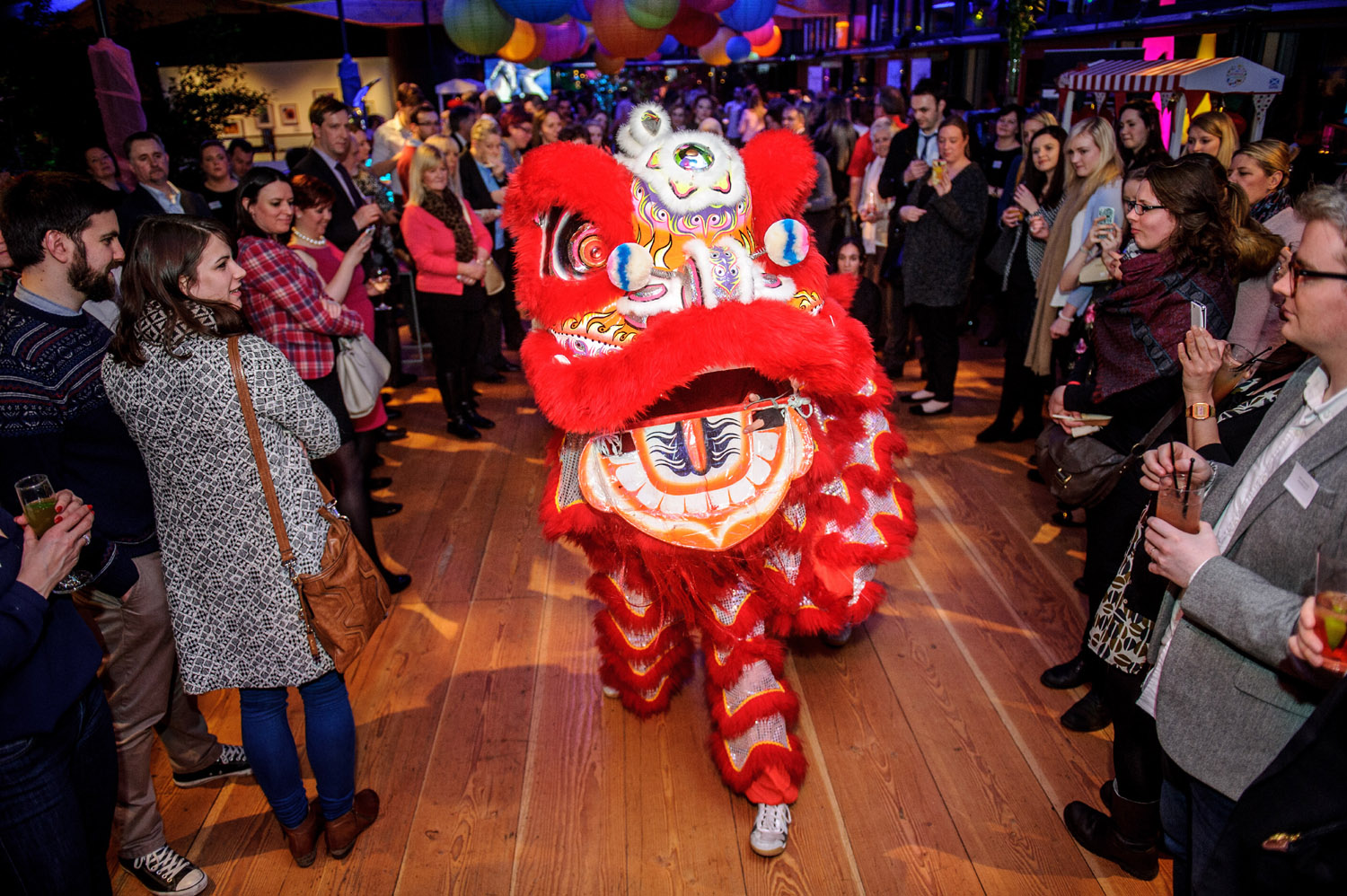 Sodexo Prestige caterers are the people behind the fantastic food served at events at the many venues across Edinburgh including, the Assembly Rooms, The National Museum of Scotland, The National Gallery and The Royal Botanic Garden Edinburgh. They also provide the food for many high profile events such as the RHS Chelsea Flower Show, Royal Ascot, The Open Championship and other leading international events.

They put on hundreds of bespoke events, always willing to accommodate tastes and budgets to ensure your corporate do, family party or wedding go off with a bang. As I have been in wedding planning mode recently, I was excited to go to their party and wave hello to the Chinese ‘Year of the Sheep’, and celebrate support Scotland’s Year of Food and Drink 2015. And what a fabulous Asian-Scottish celebration it was, not only was it set in the Beautiful John Hope Building at the Royal Botanic Gardens (RGBE), the fabulous food was tantalising everyone’s taste buds! They had pulled out all the stops, transforming RBGE into a virtual Chinatown – It was fabulous! With tasting stations offering traditional Asian street food while Bollywood and Chinese lion dancers put on a fantastic show that wowed the crowd. We ate Thai Red Curry with Scottish Salmon and green beans, Aromatic Crispy Duck pancakes and barbequed marinated steaks all of which were mouth-wateringly good! The cocktails were flowing with Asian inspired twists that were certainly a crowd pleaser too. The event also raised money for Sodexo’s ‘Stop Hunger’ program, a program that looks to fight hunger and malnutrition in local communities across the 30 countries in which Sodexo operates.

Amanda Brown, National Accounts Director for Sodexo Prestige Venues & Events, said: “We were delighted to be able to host an event like this and are thrilled that the evening proved to be such a success. As it is the Year of Food and Drink in Scotland, we saw this as a fantastic way to merge East and West by hosting an event that would celebrate the beginning of Lunar New Year and our delicious Scottish produce”.


So now all I need is a good excuse to organise another event at work and I am sorted – yes I’d like the Chinese street party please!

Find out more about the many venues where Sodexo Prestige cater here: http://www.prestigevenuesandevents.sodexo.com

To find out about some of the many events on at the Royal Botanic Gardens visit www.rbge.org.uk/whats-on.