Tomorrow is Family Gala day at the festival, with two special screenings of the latest release from Disney-Pixar. If that sort of thing isn’t to your taste, there is plenty more to choose from. That sort of thing really is to my taste though.

Monsters University
This prequel to the classic Monsters Inc. tells the story of how Mike and Sully first met while studying to become Scarers. At a glance, Monsters University (Festival Theatre, 11:45 and 2:45) may seem like just another American college comedy in the vein of Van Wilder or Animal House – albeit with a rather more colourful cast – but trust Disney-Pixar to find something new in even the most tired genre.

This is not a film that says “follow your dreams” or “you can spend four years partying and still get what you want”, this is a film that has a much more profound point to make, especially when you consider its intended audience. That point is this: oftentimes, you don’t get what you want, no matter how hard you work for it. Throughout this entire film, Mike is determined to be a Scarer at Monsters Inc. He spends his whole childhood focused on this goal, only to go up against Sully on his first day at MU. Mike is hard-working and ambitious; Sully is talented but lazy. Of course, the two dislike each other on sight, but when their competitive antics get them both thrown out, they need to work together if they are to have any hope of succeeding. Now everyone who has seen Monsters Inc. knows that Mike does not end up as a Scarer himself, but how the storytellers at Disney-Pixar get to this point proves to be the film’s biggest success.

Tying for the film’s second biggest success are the quality of the animation itself (although, being a Pixar movie, that point almost certainly goes without saying) and the cast, both those returning and those new to the franchise. Billy Crystal and John Goodman are pitch perfect as Mike and Sully, and Steve Buscemi is back as Randall, showing that the previous film’s baddie actually started off as a nice guy. Among the new arrivals, Charlie Day is fun as Art – the one who strongly resembles the hug monster from that cup-a-soup advertisement – and Nathan Fillion is hilarious as the leader of MU’s most popular fraternity. Helen Mirren was obviously having loads of fun in her role as Dean Hardscrabble, the university’s stern leader.

The film is screening in 3D which is just about perfectly done; adding depth and realism to the gorgeous environments but without being showy about it. Maybe animation is the best place for filmmakers to explore the possibilities of 3D, but that is a discussion for another day. Despite the two showings tomorrow, if you can’t get a ticket you won’t need to wait too long. Monsters University is on wide release from July 12.

Old Stock
This low-key comedy-drama from Canada is about a young man who has spent the last two years living in a retirement home with his grandfather. After being thrown out for his own good, Stock is forced to deal with the tragic accident that made him withdraw from his own life, while trying to reunite his grandparents along the way.

Old Stock (Filmhouse, 6:40) is quite similar in tone to Zach Braff’s Garden State. I wasn’t a huge fan of that film, but I found this to be much more entertaining and relatable. The cast, led by a wide-eyed and snappily dressed Noah Reid as Stock and Jack Daniel Wells as his incorrigible Gramps, are charming throughout, while James Genn directs with subtlety, resisting the urge to go too broad with the humour of the situations.

Some more of Sunday’s highlights include The Battle of the Sexes (Cineworld, 4pm), a documentary about tennis legend Billie Jean King’s match against Bobby Riggs in 1973; the deadpan comedy Constructors (Cineworld, 7:45) from Kazakhstan; and the harrowing Call Girl (Cineworld, 6:20), the explosive story of an underage prostitution ring among the Swedish elite in the 1970s. The Richard Fleischer retrospective continues with Tony Curtis and Henry Fonda in The Boston Strangler (Filmhouse, 9:45). 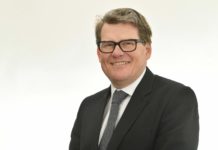 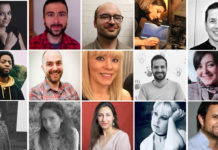