Glasgow City Council and Scottish universities have backed Edinburgh’s bid to host the UK’s Green Investment Bank, which is expected to help inject £15bn into the green economy over four years.

A joint letter to Business Secretary Vince Cable sets out the case for the new bank to be based in the Scottish capital, which is the UK’s biggest financial centre outside of London.

In March this year, The City of Edinburgh Council, Edinburgh Chamber of Commerce and other business interests made their case directly to Dr Cable, who is responsible for taking the decision on where the bank has its headquarters. Now, they have been joined by Councillor Gordon Matheson, the Leader of Glasgow City Council, and Professor Jim McDonald who is the Principal of Strathclyde University and Chairman of Scottish universities’ Energy Technology Partnership.

Edinburgh’s Council Leader, Councillor Jenny Dawe, said:- “Locating the bank in Scotland’s established financial district will position it near to target markets and centres of low-carbon innovation. It will also help to clearly distinguish the bank and what it aims to achieve. The support of Glasgow and the universities adds weight to the business case for Edinburgh and we’re delighted to have their backing.”

Councillor Gordon Matheson, Leader of Glasgow City Council, said:- “Glasgow is delighted to support the business case for bringing the Green Investment Bank to Edinburgh. It will benefit all of us to have it close to our centres of business and technological innovation and will send out a statement that we are serious about becoming national and regional centres for the low-carbon industry with all the benefits in terms of jobs and investment that can bring.”

The Scottish Government has separately welcomed the bid by Edinburgh in its representations to Dr Cable. Energy, Enterprise and Tourism Minister Fergus Ewing said:-“Edinburgh is ideally located to be the headquarters of the GIB and the Scottish Government is fully behind the business case being made. Edinburgh is the only city in the UK which can bring the global financial services sector and the clean energy industry together in a single location. Locating the GIB in Edinburgh would be a very positive development not just for Edinburgh and Scotland but for all of the UK as we purse a low carbon economy.”

The full text of the letter reads:

The City of Edinburgh has accumulated over many years an international reputation for being a centre of expertise in finance, supporting established and developing industries alike.  In more recent times the world of green finance has become a growing theme in the work of financial services and this aligns strongly with the policy objectives of both the UK and Scottish Governments for the emergence of a low carbon economy that will support jobs and innovation long term.

This joint letter from the leaders of the Edinburgh and Glasgow city councils and on behalf of Scotland’s universities as collectively represented by the Energy Technology Partnership represents our consensus of opinion that a GIB based in Edinburgh is good, yes for the city, but also for all of Scotland and all of the United Kingdom. 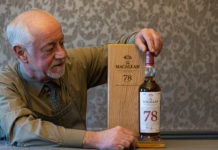