The Save Stockbridge Theatre Building Action Group, met with the Council yesterday – Thursday 24 March 2011. The Council confirmed that the building is to be sold, as it is ‘surplus to requirements’. They have advised the Group that the property will be going on the market in May 2011, with a closing date of August 2011. They anticipate offers around £800k.

The Group outlined their plans to the Council and advised that they are currently seeking funds and investment to purchase the building, and reinstate it as a vibrant thriving community arts centre for Stockbridge and the city. The Council responded positively to these plans.

The council will not consider a lease and are committed to selling the building. Proposals need to be submitted by end of July/early August. These proposals are not just about the highest bidder, but also the wider use of the building. As well as raising funds we need to compile a strong proposal.

This positive meeting has shifted the boundaries we are now working within. The emphasis is no longer on persuading the council it is a good idea to save the building, but raising the capital to do so.

As such we will not be out campaigning on Saturday March 26th but will be holding an open day in early May in Stockbridge to update all supporters and the local community and listen to your views on the future of the building. If anyone would like to meet up and chat before then please get in touch through our Facebook group and we’ll try and arrange a time over the next couple of weeks.

Very, very many thanks for all of your continued support, as this no doubt contributed to the positive meeting we had yesterday. Your voices enabled us to prove that people care about this building and the role it has in the community. Keep in touch! 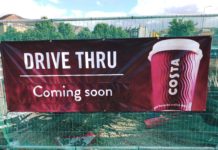