You have until Friday to have your say about the Edinburgh Canal Strategy document which was published earlier in the year by The City of Edinburgh Council.

If you are one of the cyclists, walkers, joggers or water-based sports enthusiast who uses the canal or the adjacent towpath then you need to  have a look at this document and answer the questions posed within it.

The canal was originally built at the beginning of the 19th century and then  restored to its present glory at the turn of the 21st Century. Now many people use it for boating and other recreation. The council feel that it is important to have a strategy for the future of the canal and its immediate area and have asked for public input so that they can formulate a plan which will then be issued to the Planning Committee.

Click Full Screen to read this in larger print 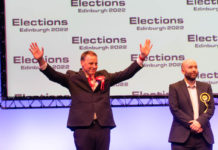