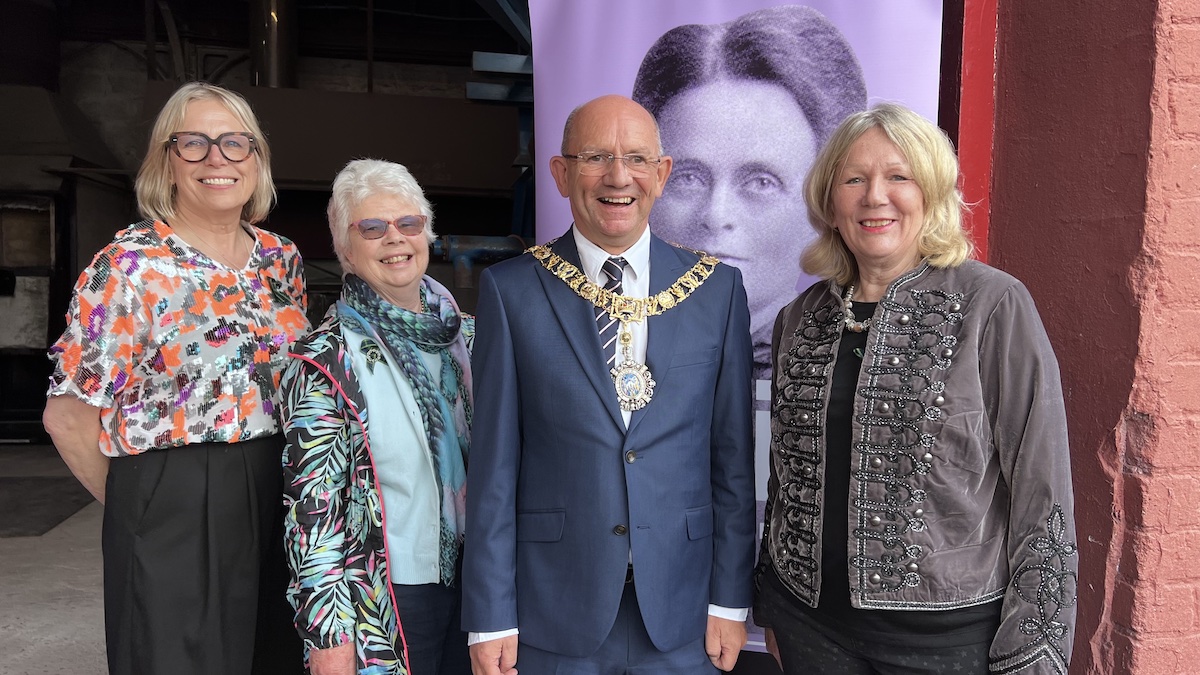 A charity has put out a call to artists to design the first statue of a woman to be situated on The Royal Mile.

Dr Elsie Inglis is known for her work with the Scottish Women’s Hospitals and in providing maternity care for women in Edinburgh. The sculpture of her will be erected opposite 219 High Street where she opened a hospital known as The Hospice for poor women and children in 1904.

A sculptor’s brief for the life and one tenth size Dr Elsie Inglis statue – the first of a woman on The Royal Mile – was published last week and confirms that a fee of £30,000 will be paid to the winning artist. The launch event was held at Powderhall Bronze in Granton where the statue will be cast.

The design for a statue in bronze to commemorate her life and work, recognising possibly one of the most outstanding women in Scottish history, will be chosen from what is expected to be many entries.There are at present few statues or sculptures of women in the city while a dozen on the Royal Mile commemorate men.

Sculptors will be invited to submit their tender; a long list will be whittled down to a short list of three in November 2022 and the winning design will be announced at the end of April 2023. It is planned that Dr Elsie will be unveiled in November 2024.

Dr Inglis, born in 1864, was a pioneering physician and surgeon, ardent Suffragist and campaigner for women’s medical education and founder of the WW1 Scottish Women’s Hospitals.

The initial target of £50,000 was raised by the charity, ‘Statue for Elsie Inglis’ but due to increasing costs of raw materials and production, the appeal for more funding continues on Crowdfunder and also through a series of fundraising events, currently being planned  for March next year in Edinburgh.

The previous Lord Provost, Frank Ross had previously started fundraising for a statue in 2017, following the anniversary to mark 100 years after Elsie had died. He was also at the launch event and Cllr Aldridge paid tribute to the work he has done in the last five years to assist the team in raising what is now thought to be half of the funds they will eventually require.

Lord Provost Robert Aldridge who attended the launch event at Powderhall Bronze said: “It’s fantastic that the campaign for a Statue for Elsie has reached this important and exciting stage.

“There is no doubt that Dr Elsie Inglis – war hero, pioneering medic, advocate of women’s rights – is a truly revered and treasured figure in our city’s history and I very much look forward to seeing what creative suggestions are brought forward by artists.

“My thanks to everyone involved in this project, including the dedicated group of enthusiastic volunteers who are working tirelessly organising the fundraising initiatives and helping ensure her legacy”.

Alison Collington, a trustee of the charity said: ‘‘We cannot wait to see the concept and ideas for the statue. Everyone involved in this campaign wants to see a permanent legacy match the importance of her work and all that Elsie stood for. We’ve made our commitment to honour Elsie and we’ll make it happen – every donation, no matter how small, makes a real difference.”

Susan Brown who was formerly County Commissioner of Girlguiding in Edinburgh explained to The Edinburgh Reporter that a challenge pack was created and a badge for guides to achieve. Girlguiding Edinburgh is an enthusiastic supporter of the aim to have a statue of Elsie Inglis in the capital. As well as this Girlguiding Scotland was very much involved in fundraising activities earlier this year including an event reflecting what the young Elsie was told – to “go home and sit still”. The organisation conducted a week long event called Sit Still in March when a range of activities was on offer.

Dr Elsie Inglis (1864 – 1917) was an early pioneering Scottish physician and surgeon. In 1894 Elsie set up her own medical practice and a hospice for women in Edinburgh. She was an ardent Suffragist and campaigner for women’s medical education.

In 1914 she defied the War Office after being told ‘Go home and sit still’ and founded the Scottish Women’s Hospitals for Foreign Service, sending qualified teams of female doctors and nurses, auxiliaries and drivers to 11 countries including France, Serbia and Russia helping thousands of soldiers and civilians who were caught up in the horror of war.

There will be a separate competition opening in Autumn 2022 for all school pupils in Edinburgh who will be asked to bring the spirit of Elsie to life.

The competition will be to submit either a drawing of what you think the statue should look like, a story up to 500 words about her life, work and legacy, or to write a poem up to 20 lines long about Elsie. Each category winner will receive a prize of £100 plus a book voucher for their school library. More details on www.elsieinglis.org soon.