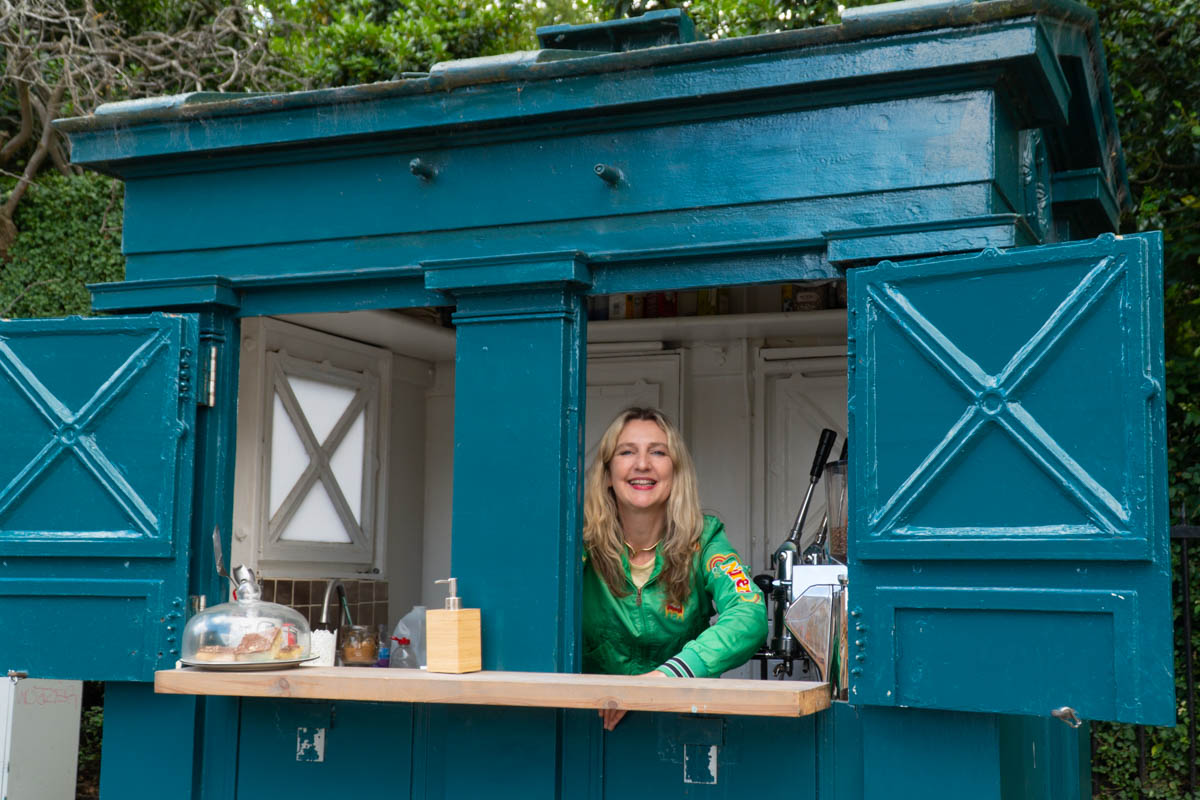 Fleur Woolford opened up the police box at the top of India Street in a new venture born during the pandemic.

An Edinburgh resident for more than 25 years, she is more often seen spinning the discs in Ibiza at Soul Heaven every Saturday, but took to a quieter pace of life in the New Town where Bothy Coffee is now creating a stir.

Unable to travel to the Balearics for the last while, Fleur decided instead to set up a coffee shop in the police box at the end of Heriot Row which is otherwise a bit of a coffee desert.

Now she opens her police box to a growing clientele every weekday 8am to 12.30pm – and the first coffee is on the house.

But she still runs Soul Heaven from a distance and, unable to contain herself to just the world of coffee, Fleur is also bringing house, disco, RnB, HipHop,Funk,Afro, Dancehall, Boogie Balearice music genres and soul music to Scotland. Soul Castle is an event staged by Soul Heaven at Carlowrie Castle on 17 September with music and food stalls, arts and crafts in the garden and an after party.

The party will continue from daytime to nighttime with three rooms of music. Tickets on Eventbrite.