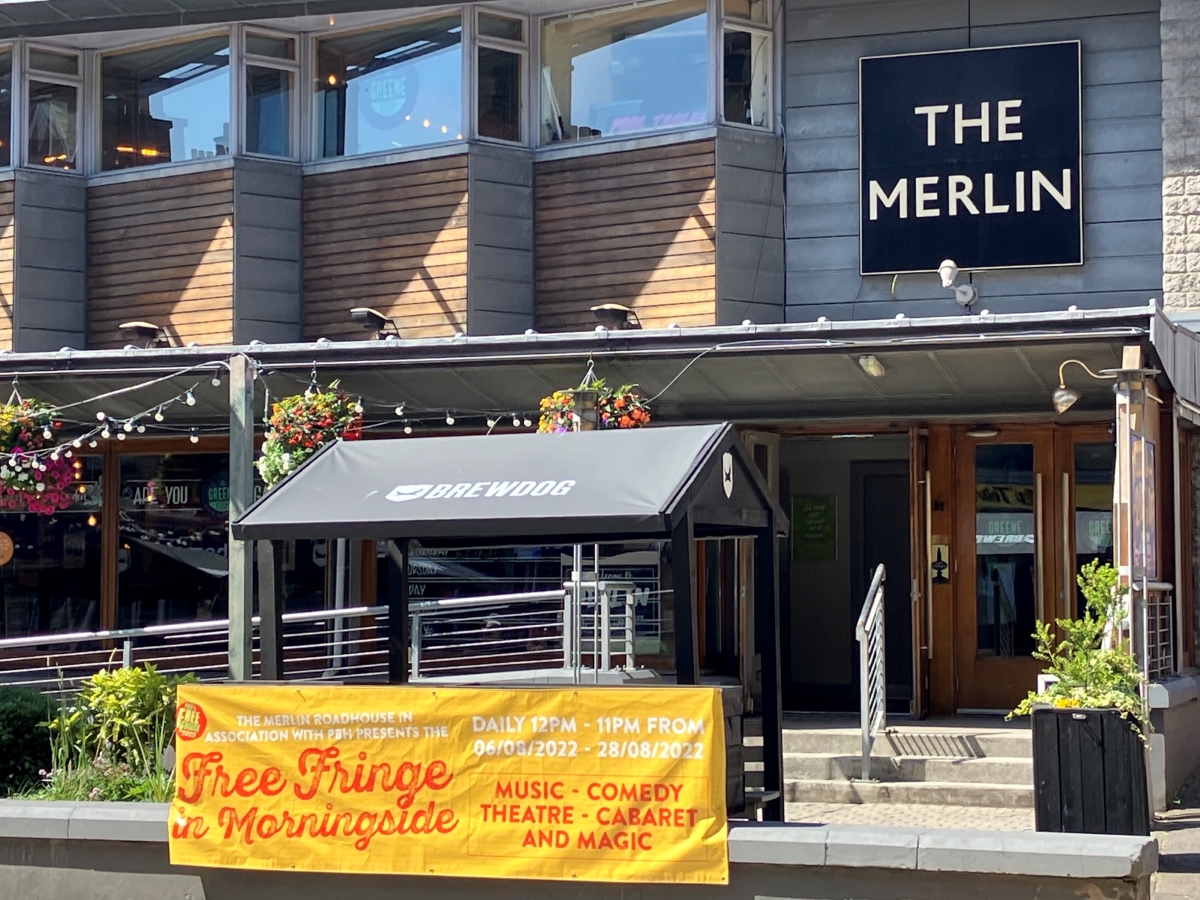 A busy Edinburgh town centre will host acts and entertainers descend on the area as it becomes part of the Free Fringe for the first time, thanks to the Merlin pub.

The team at the Morningside venue has landed the major coup bringing a packed programme of shows daily throughout the festival.

At least 15 acts will be involved in the Free Fringe at the Merlin including theatre, cabaret, stand up, improv, reggae music, magic, poetry, storytelling and even incredible feats of memory.

Justin Cranley, general manager of the venue, said: “There’s always a huge amount going on in Morningside, but we are thrilled to be bringing the Free Fringe here for the first time ever.

“It’s a brilliant programme that has been pulled together meaning there will be something for everyone, from child-friendly shows early in the day to the best comedy for those who prefer late night entertainment.

“In previous years it has felt like Morningside has missed out on the Fringe, but that won’t be the case in 2022. In fact, it will be possible to spend the entire day right here in the Merlin watching a feast of entertainment through to the wee small hours.”

Now the pub, which has been a renowned fixture on Morningside Road for decades, will be listed as Venue 604 for the duration of the Fringe, which runs from 5-29 Augus .

The team at the Merlin, part of Greene King’s 51-strong Local Pubs Division in Scotland, will transform its upstairs function room into a 100-seater venue during the world-renowned arts jamboree.

Justin added: “It’s a fantastic space and we hope the local community really gets behind this initiative and that we’ll see it packed out most days.

“Certainly, we are going to see just how flexible a space the function room is, because there are an incredibly diverse range of acts who will be appearing.

“While the Merlin has bounced back tremendously well after the pandemic, functions have not recovered fully. This is a great way for us to get local people back in to see what a superb space we have for the other 11 months of the year for weddings, birthdays or any kinds of events.”

The programme includes reggae music in a show called How Music From A Small Island Changed The World. It will see musician Duane Forrest showcase acoustic versions of classic from legends such as Bob Marley.

Late night comedy will come in the shape of Law & Disorder, a stand-up special from lawyer Sam Benedict and “professional free spirit” Joe Riley, a pair who have graced various BBC shows and reached the Student Chortle semi-finals.

The full line-up and timetable can be found here and audience members simply have to turn up. While the performances are free, those attending are encouraged to make a donation at the end of the show.

The Free Fringe was started in 1996 by Peter Buckley Hill – known as PBH – who brought his comedy show to the city, but was disheartened by the cost of booking venues and the pricey tickets for the public. The PBH Free Fringe now puts on hundreds of shows every year.

He pioneered the model of persuading venues to offer space for free in return for acts bringing in additional customers. If audience members enjoy a show, they are encouraged to make a voluntary donation at the end.

Luke Meredith, an actor and performer who is also the CEO of The Free Fringe in Edinburgh, said he was delighted that free shows would be available in Morningside for the first time.

He added: “Everyone knows Morningside and what an important part of Edinburgh’s heritage it is, so it’s remarkable that the Free Fringe has never had a toehold here – until now. It’s brilliant that it’s finally arrived in this part of the city.”

Watch out! The Uglies are back!

Free Fringe looking for purveyors of the spoken word