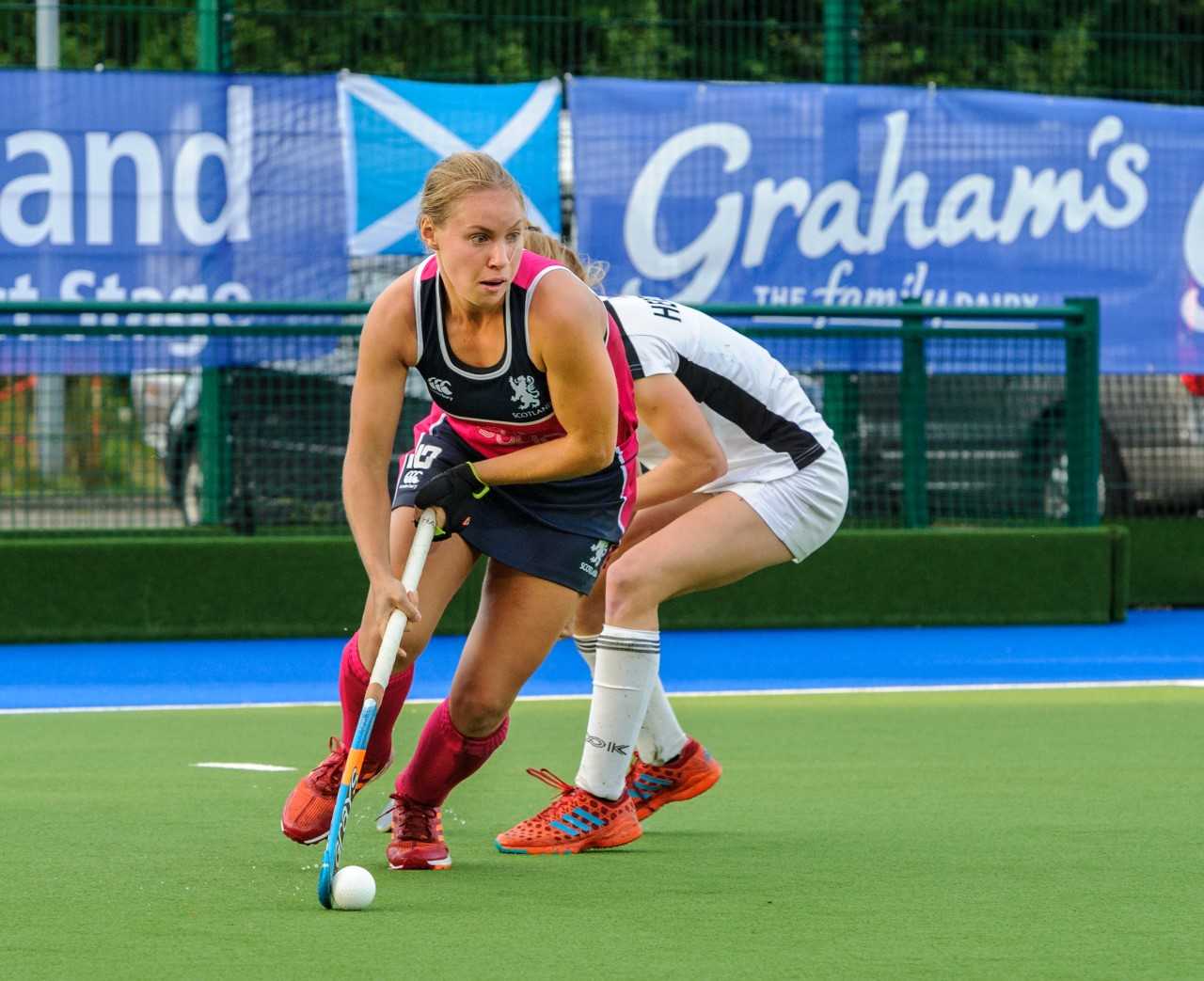 Sarah Robertson (pictured) has an Olympic medal safely tucked away, the acclaimed Scottish hockey player producing a sublime finish in the bronze medal match at the Tokyo 2020 Olympics to help Great Britain finish on the podium.

Now she has re-focused on driving Scotland to their best finish in the Commonwealth Games in her new role as captain. She speaks the squad listens.

Looking back, the Tartan Hearts were fifth in Melbourne in 2006, Dundonian Vikki Bunce scoring five goals to be one of the top scorers in the tournament.

Bunce is Scotland’s assistant coach at Birmingham so there is no lack of experience both on and off the pitch this time.

Her insight into the top level of the sport has helped lift the squad to an all-time high of No 17 in the world, a position coaching staff and bosses at Scottish Hockey are rightly proud of.

Birmingham – which a number of the squad have tagged a ‘home’ Games as so many of their friends and relatives have booked to travel to the Midlands – is seen as platform not just to develop the talented squad but to continue moving up the rankings.

Long-term, current head coach Chris Duncan wants his squad to claim a slot in the world’s top ten, an ambition also held by Robertson, a 28-year-old with bags of experience on the world stage.

She and Bunce know how hard it will be to succeed in this Commonwealth Games. A glance at Scotland’s pool underlines that.

Australia, No 3 in the world, provide the opposition in their final pool game on Wednesday, August 3. South Africa, who have recently slipped to No 20 in the list, are first up on Friday, July 29, hours after the opening ceremony.

Then come mighty New Zealand, no slouches at No 8 in the world, the following day. Kenya, ranked no 37, provide the opposition on Monday, August 1 and impartial observers feel Scotland must beat South Africa and Kenya and nick a result from either New Zealand or Australia to stay in with a shout for a medal.

Undoubtedly, there is no lack of optimism in a squad which contains five Great Britain squad members, one of them is Robinson who plays club hockey for London-based Hampstead & Westminster.

She believes that having five full-time, Great Britain athletes is one of the real strengths in the squad and

other pluses are that several squad members play for leading English clubs.

Fiona Burnet (cor), is in the squad at Wimbledon, along with international team-mates Jen Eadie and goalkeeper Nicola Cochrane, while Robyn Collins is a Surbiton player and dynamic, Dundee-born midfielder Charlotte Watson is at Loughborough University.

Scotland also boasts a number of squad member based abroad. Goalkeeper Amy Gibson is with Der Club An Der Alster in Germany, South African-born Heather McEwan, a newcomer to the team, is with Belgian cracks royal Victory.

Sarah Robertson, recently inducted into the Hall of Fame at The University of Edinburgh, where she graduated in law, is excited by the development shown in the squad in the last few months, and the globe-trotting hockey player is pleased with the build-up to the Games which has included an eleven-game unbeaten run.

However, she acknowledged that fixtures in the Commonwealth Games tournament will be at a different level so the Scots have attempted to train and play at a high intensity throughout their pre-Games preparation.

Robertson added: “I’ve played international hockey for ten or 11 years and I’ve definitely learned the message that how you train and prepare is key.

“We have been training really hard and we’ve played hard in the matches, but every tournament is different.

“Hockey is such a crazy sport where you end up playing a number of games in a short time. For example, at the Olympics we played eight games in 13 days. It’s fast, there is a quick turnaround between games and often you are in a pool where a crazy result can happen.”

That is why you must be prepared for every eventuality and Robertson believes that Scotland’s structured recent international programme will stand the squad in good stead on this occasion.

No predictions from this seasoned player, but she added: “We’re hoping Birmingham can be a really good tournament for us.

“The old cliche is one game at a time and that means we are focused on out opening weekend, South Africa on Friday morning and then New Zealand on Saturday night.

“You never know what is going to happen in those games or what will happen in the other games.”

Looking back at the past few months, she said: “We’ve had a really good build-up. The Commonwealth Games is the pinnacle for most Scots who play hockey, and one of the main things I want the team to do is to go out and do ourselves justice and not let the occasion get to us. I want us to go out there and showcase what we can do.”

Robertson can’t remember having five Great Britain players involved in a Scotland squad and the quintet could be pivotal to the eventual outcome.

She said: “Recently, Fiona (Burnet) and Jen (Eadie) have come into the GB squad and I’ve noted a huge improvement in their game.

“Obviously, training full-time is key, so is being involved in training with the best players in Britain.

“Outside that, all the players based in Scotland have all stepped-up and improved. For the last 12 months the focus has been on Birmingham, everybody has made huge sacrifices, and when you have 18 individuals improving five or ten per cent that counts a lot.”

One major drawback is that not all of Scotland’s squad are full-time athletes, some are teachers, others medical students and Sarah Jamieson, one of the leading strikers, is a private client lawyer.

Australia, for example, are full-time and they are one of the nations in the high-level competition who travel the world facing quality opponents on a regular basis.

Robertson acknowledged that saying: “Most of the top ten teams in the world are pretty much professional and play in the Pro League and are together, pretty much, all the time, but there are pros and cons to that.

“Obviously, you hope to see success come from that but I also feel that how those countries approach the Commonwealth Games as opposed to the World Cup, for example, is very different.

“For us, everything has been about Birmingham, but a number of the top women’s sides are coming to the Games only ten days after the World Cup.

“That is an interesting dynamic and it will be interesting to see how teams play on the back of that.”