A £500 million investment in services and support for local people has been agreed by West Lothian Council – as they approved a 3% rise in council tax.

The revenue budget for the next year will include an additional  £1 million in essential road repairs carried out this year.

The budget drawn up by the Labour minority led council also includes an additional £1.5 million to support prevention work in homelessness and provide an enhanced service.

And more that £3 million will go to support those most in need in areas such as school clothing grants, homelessness and food networks and financial support for families.

There will also be financial support for Domestic Abuse services, Looked After Children and support for Personal Care at Home for Children with a Disability.

Extra funding has also been allocated for mental health services for young people.

He said: “Once again our council along with all others in Scotland is in the regrettable position of having to make cuts to council services as a result of the woeful financial settlement from the Scottish Government. This year our budget gap is £11.7 million.

“Our modest council tax increase of 3% will see 87% of residents in the county pay less than £1 per week more on their council tax yet will bring in several million pounds more in funding to protect vital council services.”

The SNP opposition  group raised an amendment calling for a freeze on the council tax and proposed spending of reserve funding to hire 97 teachers and 19 support staff.

The party also proposed increased spending on care and support services including uplift in pay terms for care staff.  It urged council officers to look at ways of increasing income, developing green energy  and called for a review of existing public private partnership agreements.

Opposition councillors lined up to slate Labour for its continued collaboration with Tory councillors. Group leader Councillor Janet Campbell said West Lothian and Scotland were trapped in a cost of living crisis created by the Tories in Westminster and said the SNP’s budget proposals were “a budget for  making West Lothian a fairer, greener and more prosperous county”.

Councillor Andrew Miller said Labour insisted on holding onto reserves “for a rainy day while a monsoon beats against the window”.

He branded the Labour Tory administration as one of the most “uninspired” councils to represent West Lothian and wondered how many Labour councillors would explain the decision to strike deals with the Conservatives. “I think there maybe a few less of them in two months’ time, he added.

Tory group leader Damian Doran-Timson criticised the SNP’s proposal to spend reserves during  challenging times, and when it was incumbent on the council to maintain reserve funds and produce balanced budgets.

He said: “Yet again we have a reckless promise from the SNP, that we had every year for the last five years, that they know they would not deliver if they were an administration. They can say it and make a headline out of it, saying this what they would have done.

Of the council’s total revenue budget 80% is funded directly from Scottish Government grant with the remaining 20% being generated via Council Tax, paid by local people. A Council Tax increase of 3% for all bands has been approved for 2022/23, which is below the current rate of inflation .

Approximately 80% of the council’s total revenue budget is spent on three priority areas, Education, Social Care and Operational Services. Education will continue to see the largest single investment with £206.7 million.

Over £126 million will be invested in Social Policy which includes care homes, social work, care at home and care for vulnerable people.

Councillor Fitzpatrick said: ” It is our priority to support people who are in greatest need and help to preserve and create jobs, and lift the economy within West Lothian, which is why we have targeted support across a wide range of measures that will help people through difficult times.”

The council has also agreed a number of one-off spending packages worth over £2.2 million for Economic Development and Regeneration to support the local economy and create jobs, including support for initiatives to reduce the council’s carbon footprint.

The West Lothian Jobs and Employability  programme will gain £550,000 with targeted support including pop up employability clinics. It would also enhance the Jobs Fund and resources available to support existing employability initiatives.

A further £425,000 will be invested in community safety initiatives.

The council has also agreed to continue to freeze school meals and reduce school meal prices by 10%. Further investment will also go into the Winter Resilience Fund. 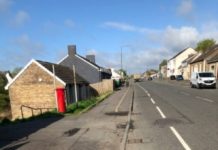