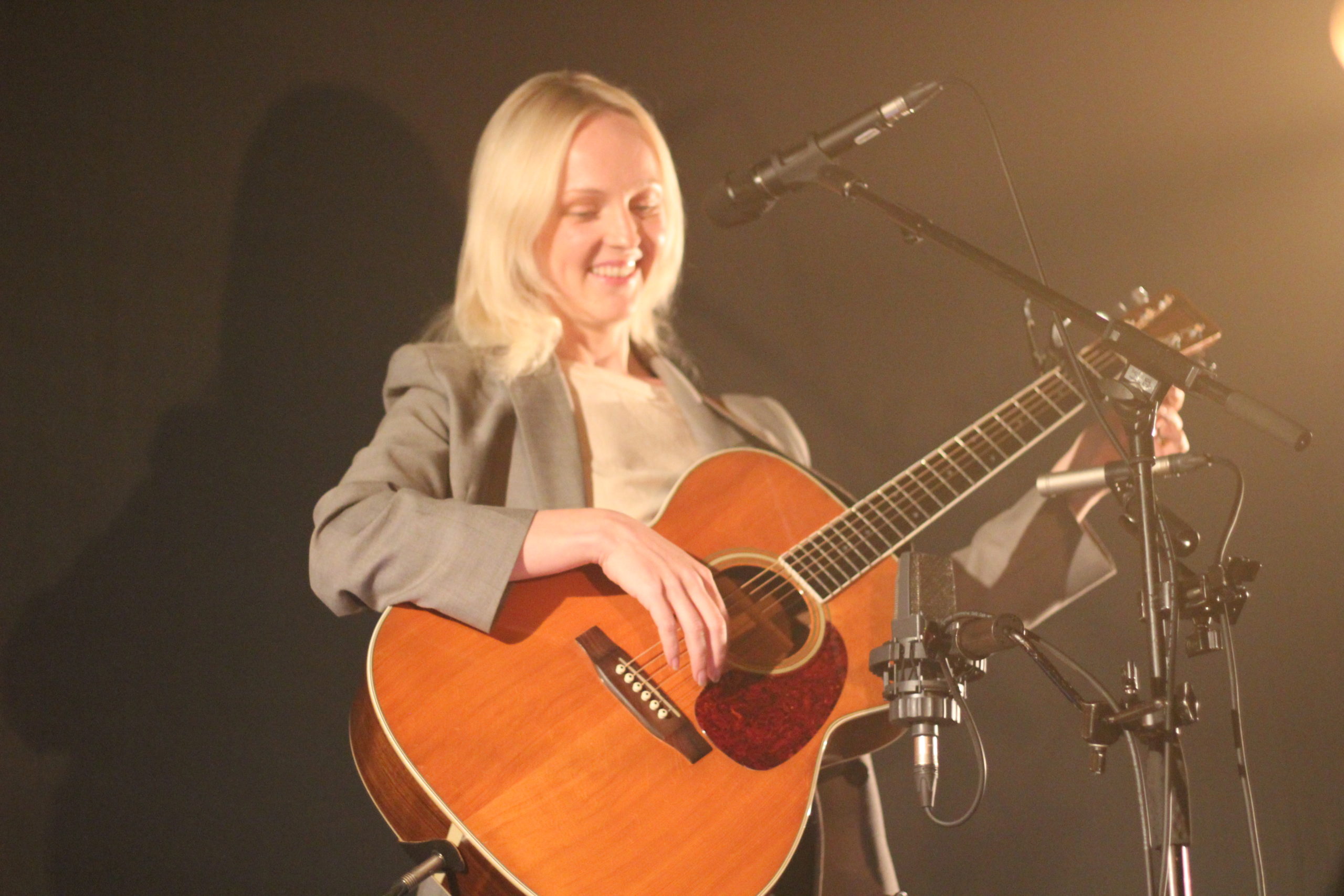 Opening with a suite of songs from her 2013 masterpiece Once I Was An Eagle carrying only her guitar and a glass of red wine we were soon swept away by Marling’s atmospheric voice on Take the Night Off, I Was An Eagle and Breathe.

Their dark, sardonic lyrics, open tunings and blend of Celtic, Indian and Arabian styles resembles Jimmy Page’s acoustic Zeppelin zenith. Just as we were being absorbed into her Astral Weeks moment, the night was interrupted by a fire alarm. Soon the audience, after being evacuated, was spilling out onto the Clerk Street night while rubbing shoulders with punters having a cigarette outside The Grapes and other Friday night revellers.

When the fire brigade arrived the gig stopped only to recommenc after a 40 minute break. Marling continued as if nothing had happened soon recapturing where she left off with Hope In The Air from her recent album Song for Our Daughter.

The track leans closer to an Americana style of folk with shades of Leonard Cohen. A cover of the Canadian singer/songwriter’s Avalanche stirs the audience, the moment of connection clear in these unsettling times. His influence is further apparent on The End of the Affair beautifully sung by Marling, and the audience members in the front row seemed to hang onto every word.

Great art and live music such as this is as vital as breathing in times such as these, Marling is one of the few to keep the great mystery going.