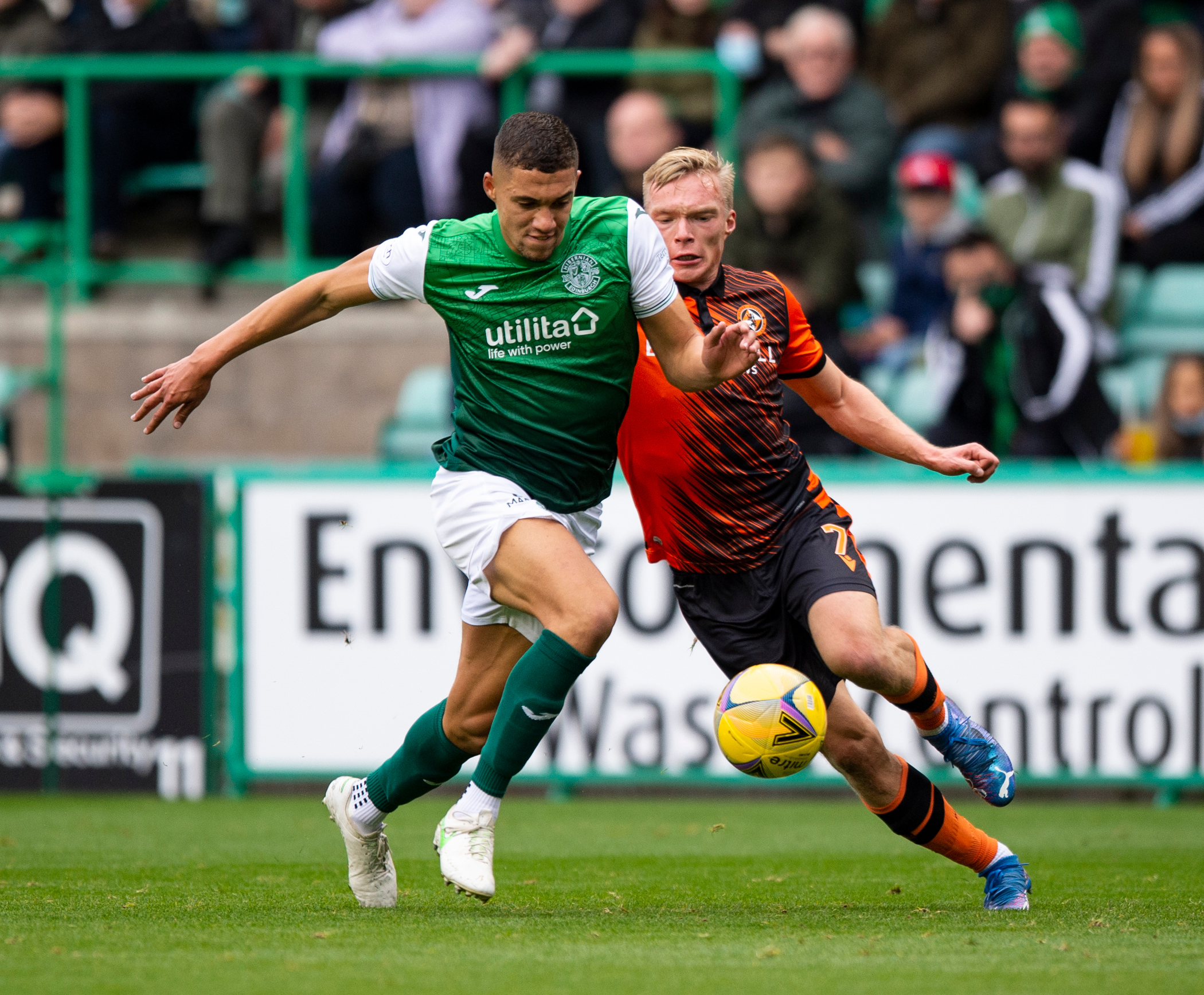 Hibs first game back after the international break ended in a 3-0 home defeat to on-form Dundee United at Easter Road this afternoon.

Head coach Jack Ross made two changes to the starting XI that lost to Rangers two weeks ago.

Suspended Ryan Porteous was replaced by England Under 20 international Nathan Wood whilst Jamie Murphy returned in place of the injured Paul McGinn with Chris Cadden taking over the right back roll.

Hibs had the majority of possession without creating any clear cut chances in a poor first-half.

The highlight was a collision between Scott Allan and referee Alan Muir that ended with both on the ground then in time added on United took the lead when Peter Pawlett and Ian Harkes combined to find Nicky Clark who curled the ball into the bottom right hand corner of the net.

The half-time whistle was greeted with a chorus of boos from the home fans whilst the large contingent from Tayside celebrated.

James Scott replaced Allan at the break but shortly after the restart United doubled their lead when Scott McMann’s cross was headed home by Ryan Edwards.

A Murphy effort looked to be heading into the top corner but a defender’s head deflected the ball over the bar.

Hibs then passed up a great chance to pull one back when  Wood headed a Jake Doyle-Hayes cross wide but the next goal came for the visitors and ended the game as a contest.

Pawlett and Clark exchanged passes before releasing Ilmari Niskanen who unselfishly squared the ball to the unmarked Kieran Freeman who had the simple task for firing the ball into the net.

Minutes later Benjamin Siegrist made a great save to deny Kevin Nisbet, tipping his effort on to the inside of the post, then celebrated in style.

United almost made it 4-0 when Charlie Mulgrew’s free-kick was well saved by Macey in the dying minutes.

Hibs face Aberdeen at Pittodrie next weekend then have Celtic at home on midweek.