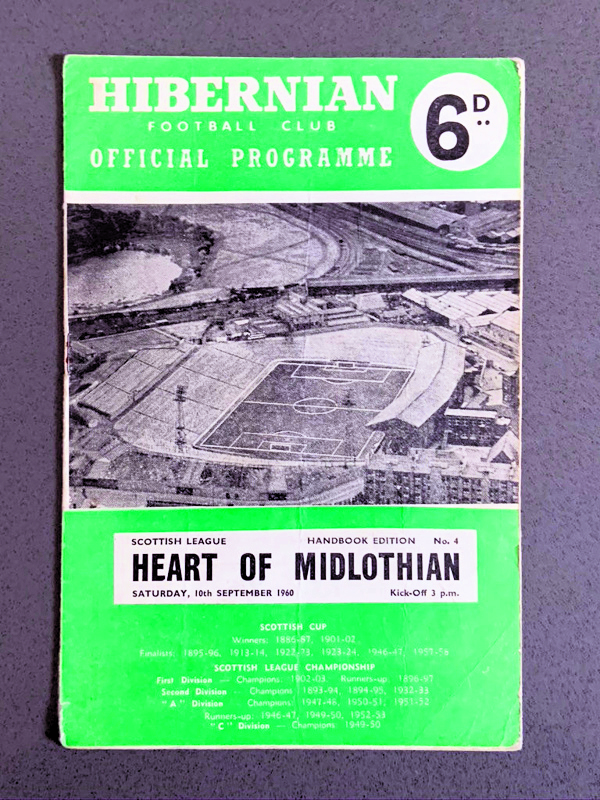 Growing up watching Hibs in the late 60s, early 70s, the Edinburgh derby was a virtually a guaranteed two points.

In fact, if memory serves, Hearts only won twice in the first 15 years of my Hibs supporting life. Celtic were Hibs main rivals, and in a five year period the pair met six times in cup finals, with both winning three.

Tynecastle though was always a nice day out and I was there that glorious day on New Year’s Day 1973 when the wonderful Turnbull’s Tornadoes scored seven times without reply in what the Hibs fans still describe as “The greatest game in history.”

Hibs had to win by six clear goals to overtake Celtic at the top of the table and did just that.

At that time Hibs held the Drybrough Cup, a much under appreciated trophy, the League Cup, and were also in the quarter-final of the European Cup Winners’ Cup waiting to face Yugoslavian side Hajduk Split, with Chairman Tom Hart publicly declaring that trophy was also heading to the Easter Road boardroom.

Sadly, injuries and suspensions meant that there would be no more open-topped buses for almost 20 years and the derby pendulum would swing the other way, but every time I walk through Gorgie  and dream of “bygone days” I think of Jim Herriot, John Brownlie, Shades, Pat Stanton, “Sloop” John Blackley, Alex Edwards, Jimmy O’Rourke, Alan Gordon, Alex “Sodjer” Cropley and Arthur “Nijinsky” Duncan playing “the best brand of football the world’s ever seen.”