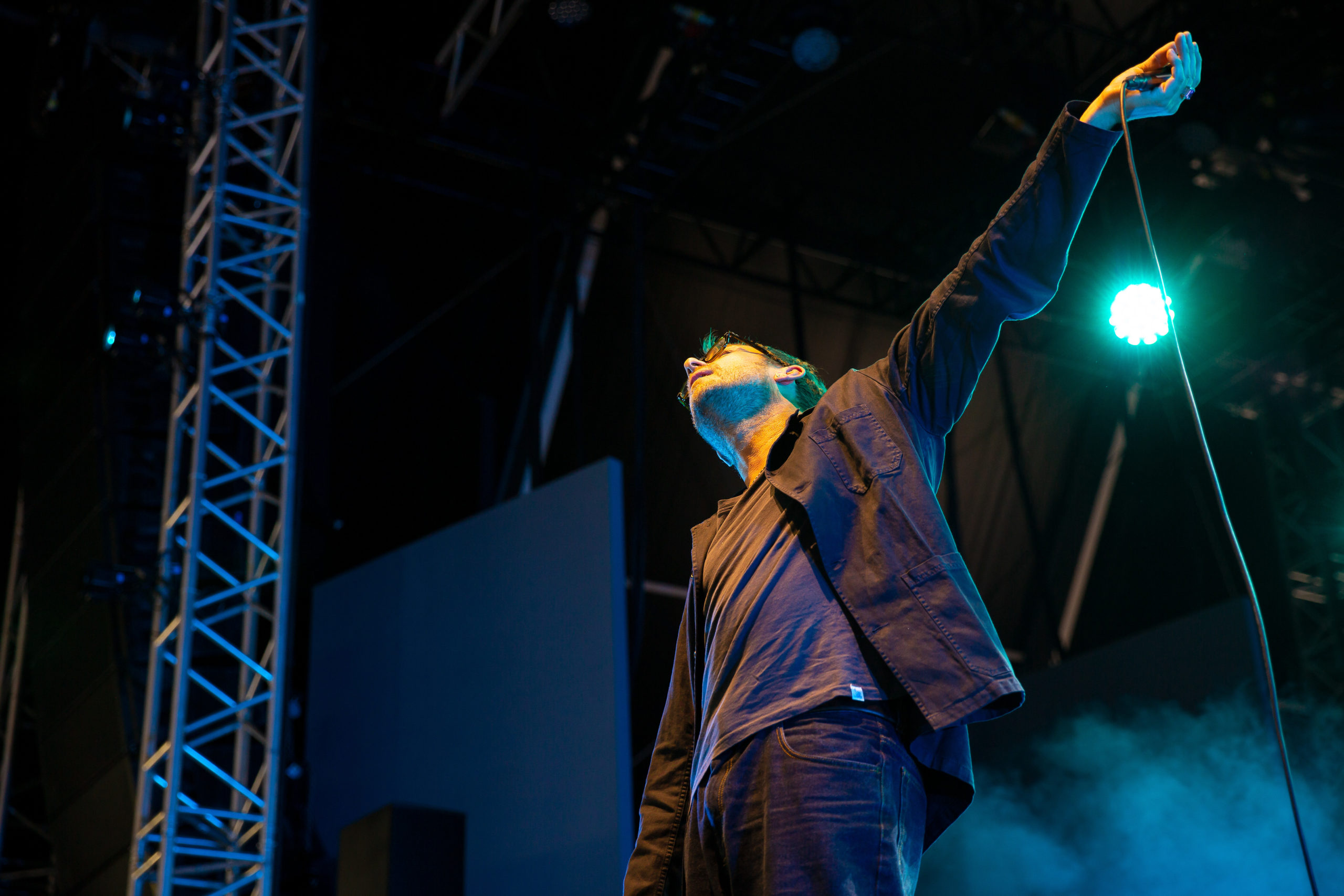 As we slowly get back to the return of the live show, this afternoon gig, one of two shows by Albarn at the EIF was wonderfully atmospheric.

The idea of a matinee gig was perhaps antiquated before lockdown but now seems to make sense. The Blur, Gorillaz and The Good, The Bad & The Queen frontman’s career has perhaps the most depth of his peers.

A list of collaborations is endless and the 53-year-old is now a well respected solo artist in his own right with 2018’s Mercury-nominated Everyday Robots and his forthcoming long-player The Nearer the Fountain, More Pure the Stream Flows winning him much acclaim.

The Damon who first fronted Blur is still recognisable, there are moments of real showmanship with the audience in the palm of his hand, on tracks such as Lonely Press Play and Polaris later in the set.

Yes, the East-End of London born singer has lost none of his original charm when previewing this new work inspired by isolation and time spent in Iceland. The effortless beauty of Royal Morning Blue and The Tower of Montevideo provide some magical moments of melancholic wonder.

Former Verve guitarist Simon Jones brings an understated wizardry of own providing ambient, rich tones and echoes while sitting down throughout. Albarn pays tribute to drummer and Afrobeat legend, the late Tony Allen with a selection from The Good, The Bad & The Queen including a theatrical Nineteen Seventeen. The set ends with Blur’s This Is A Low, rather than shoehorning in songs by one of his old bands it’s a good fit for the set. The 1994 track still sounds strangely fresh and strangely current, abetted by a string quartet. Much like Bowie in the mid-90s, the set is carefully curated with older tracks called upon at the right moment.

Like his fellow Londoner, Albarn is moving forward with purpose and integrity providing some of the best work of his career long after a commercial peak.