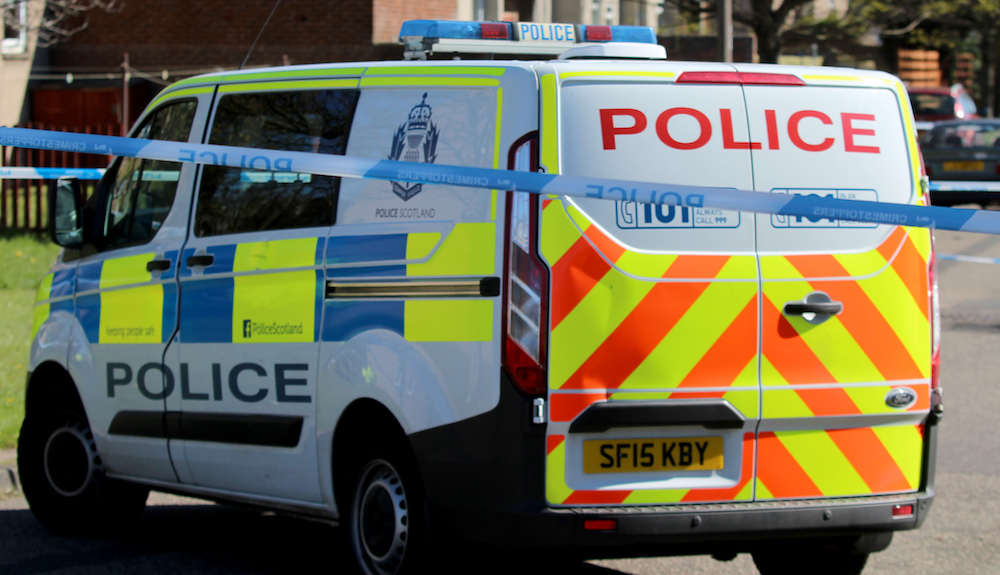 Detectives are appealing for information following an attempted murder which took place on Whitehill Road on Thursday afternoon.

Around 5pm a group of four men were standing at Fort Kinnaird when they were approached by two men on a motorcycle.

A short chase took place and one of the men was stopped nearby on Whitehill Road, where the pillion passenger on the bike assaulted him with a bladed weapon.

The two suspects then made off along Whitehill Road.

The 31-year-old victim was taken to the Royal Infirmary of Edinburgh with serious injuries, where he remains in a critical but stable condition.

The suspects are described as follows – driver dressed in all black clothing with a black helmet while the passenger was wearing a jacket with a red body and grey sleeves, with a dark cap and a snood/ dark face covering. They were travelling on a distinctive off road/trials/scrambler bike which was mainly blue in colour, with red and white livery.

Detective Inspector Clark Martin from Gayfield CID said: “We believe this incident was targeted towards the group of men standing at Fort Kinnaird and the victim has been left with extremely serious injuries.

“I am appealing for anyone who witnessed what happened, or noticed the suspects in the area, to please come forward.

“The motorcycle they were using was very distinctive and I would also urge anyone who thinks they may have seen it in the Edinburgh area on Thursday to pass this information on to the police.

“Anyone with information is asked to contact Police Scotland through 101, quoting incident number 2632 of Thursday, 3 June. Alternatively you can call Crimestoppers anonymously on 0800 555 111.”