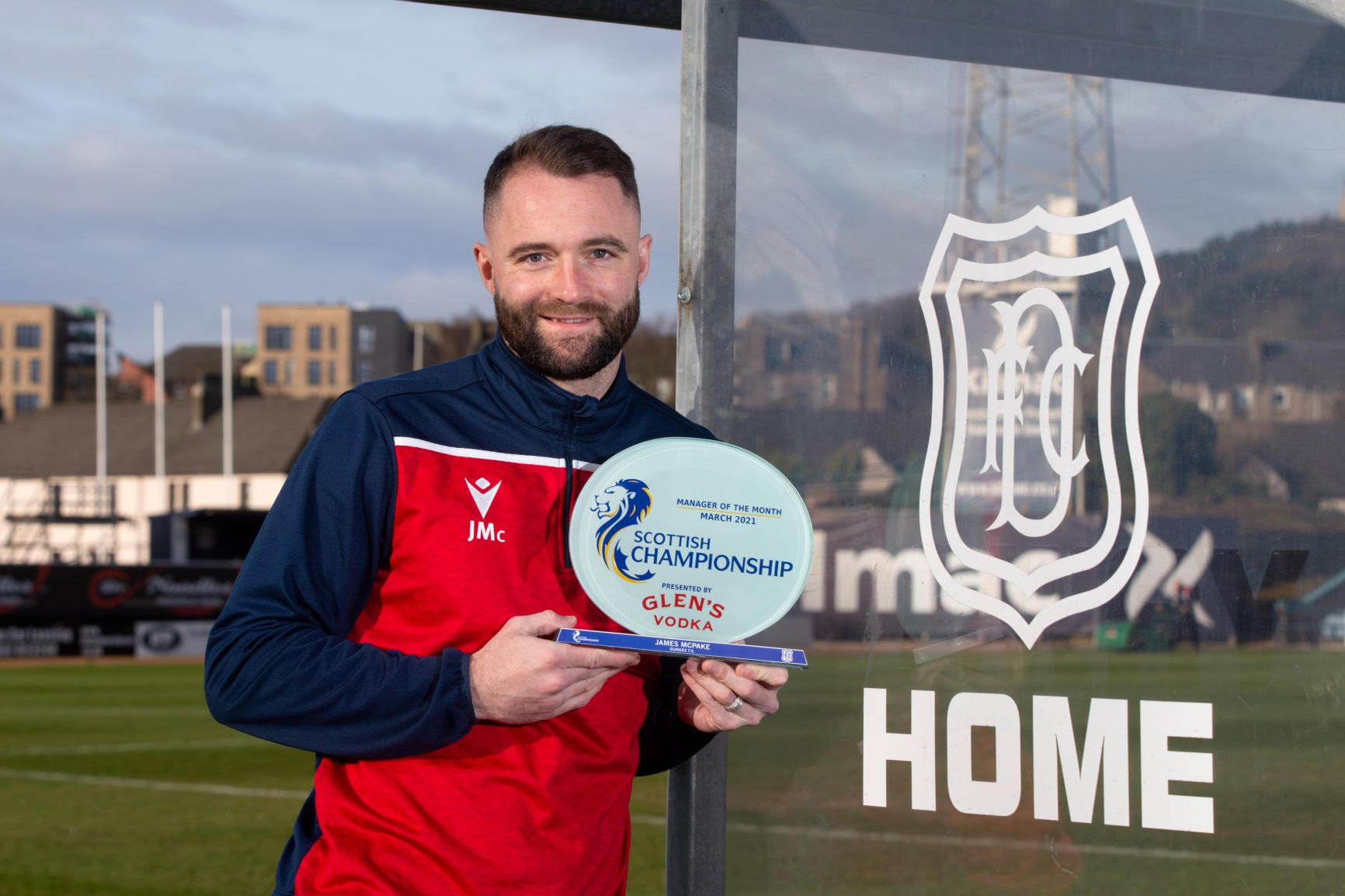 Dundee’s James McPake has been announced as the Scottish Championship Glen’s Manager of the Month for March 2021.

In a fixture packed month, McPake led Dundee to league victories over Inverness, Arbroath, Alloa and Dunfermline. The Dark Blues now sit in third place in the Championship with only five games left to be played.

Colin Matthews, CEO of Glen’s owner the Loch Lomond Group, said: “March was an extremely busy period for the Scottish Championship so I’m sure this award will have even more significance for James McPake as a result. My congratulations to him and his squad, and good luck to them for the final phase of the campaign.”

James McPake, Manager for Dundee FC, said:“It’s nice to pick up these awards but as much credit has to go to the back room staff at the club who are so valuable to myself and the team. Along with the staff, the players have been fantastic as well and are a joy to work with.”