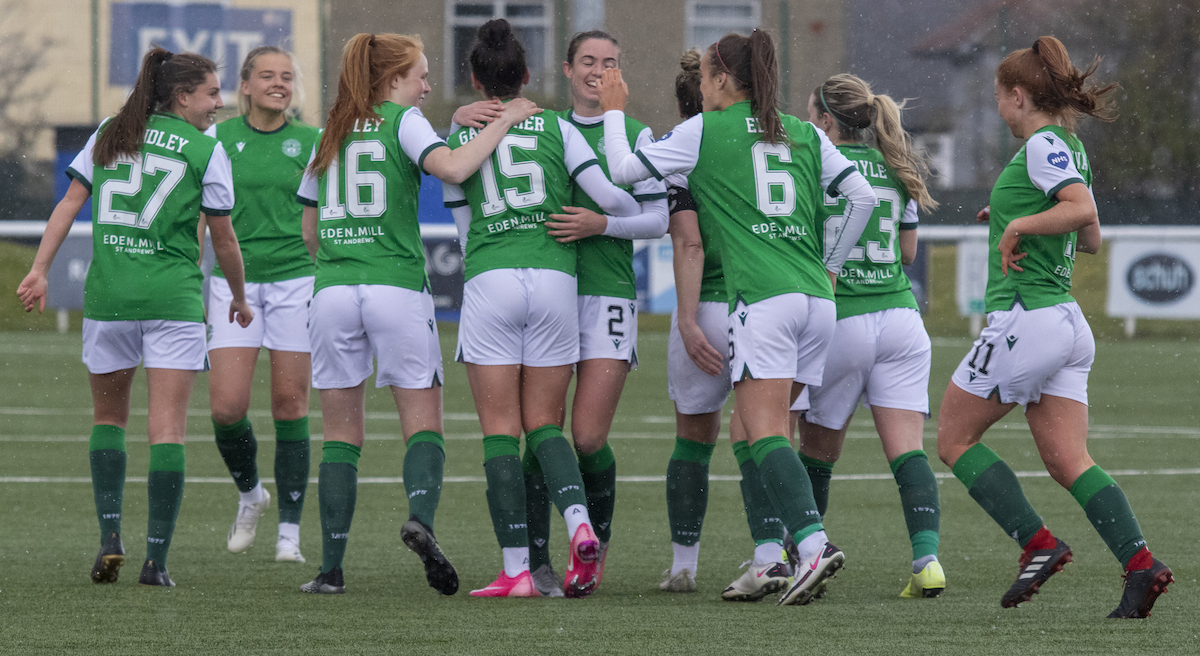 Hibs returned to winning ways with a 3-2 victory over Motherwell at Ainslie Park this afternoon.

Hibs had the better of the opening spell and had the ball in the net early on however the ‘goal’ was ruled out for offside.

It was the visitors who took the lead however in the 26th minute. Mutch allowed a long-range effort to go past the post however the referee had spotted a deflection and pointed to the corner flag.

From the resultant corner, Claire Adams’s cross found Rosie Slater, who bulleted past Mutch in the Hibs’ goal.

Just before the break Hibs took the lead with a superb move through midfield culminating with Rachael Boyle going one on one with the keeper then selfishly squared the ball to Cavanagh who scored from close range.

Just after the break Hibs were awarded a free-kick following a controversial handball against Chelsie Watson and Gallacher dispatched the resultant free-kick into the top corner.

Motherwell refused to lie down however and pulled one back in the closing minutes.

A good cross found Nicole Pullar who rose above Joelle Murray to head past the goalkeeper.

It was a nervous last few minutes for Gibson’s side but they held on to secure all three points.