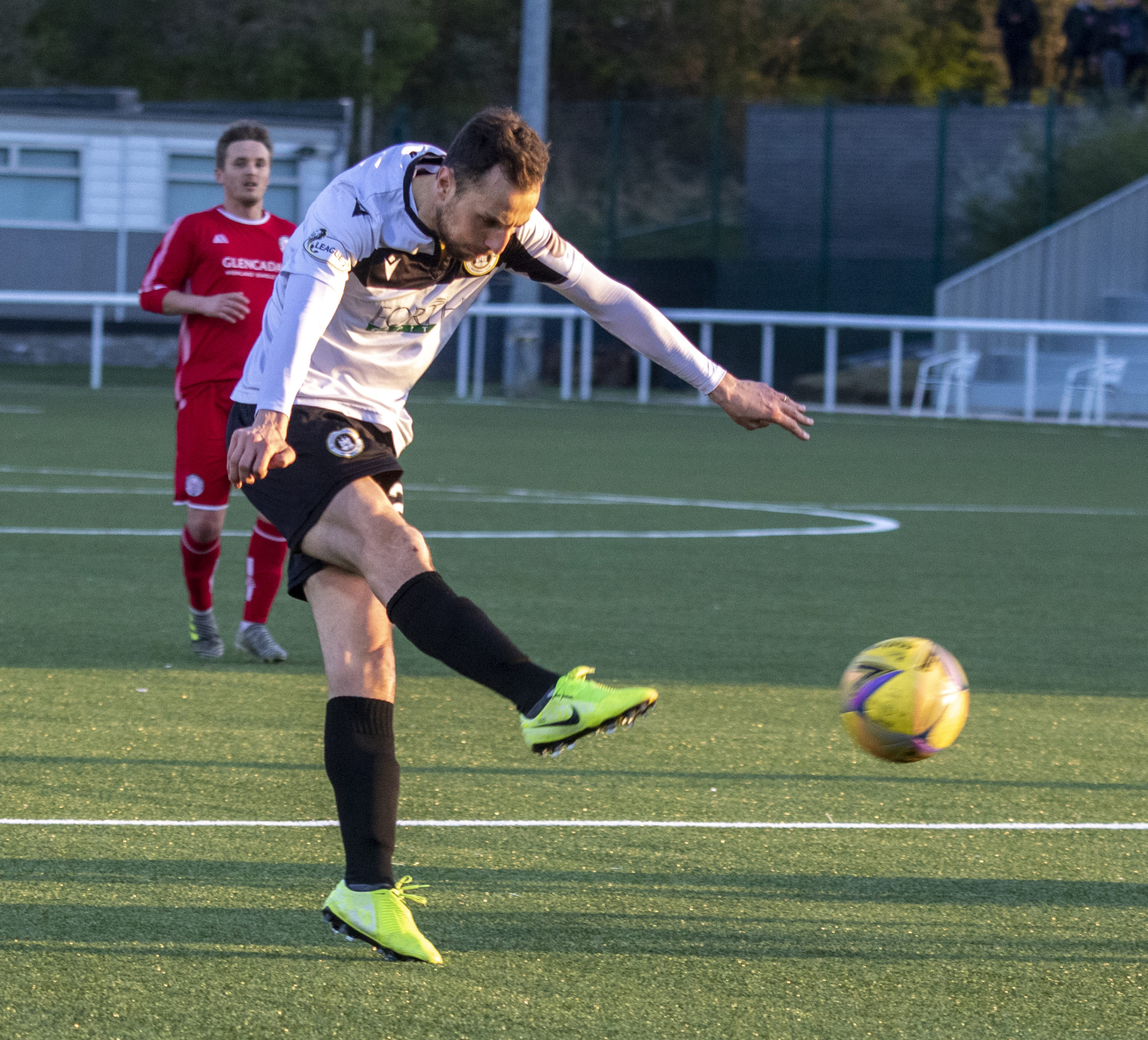 Edinburgh were expected to comfortably see off bottom of the table Brechin but despite taking an early lead through Danny Handling the visitors refused to lie down and equalised before the break. But for the brilliance of goalkeeper Callum Antell they could have gone in at the break a goal behind.

It took until the 71st minute before Naysmith’s men regained the lead with a ‘wonder’ goal from the newly crowned League 2 Player of the Month.

After the final whistle manager Naysmith told ECTV: “We got a dream start and it’s what you want. I like that but looking back it’s possibly the worst thing that happened because we thought because we had scored so easy, it was going to be an easy evening. It certainly wasn’t. Credit to Brechin, they rolled their sleeves up and got at us. They played some nice football. They scored a good goal but we can do better and then we had Callum (Antell) to thank for making a good save to stop Brechin going in 2-1 up.

“Getting in at half-time at 1-1 was actually a good thing. We spoke to the players and reminded them what we had done that had got us to where we are in the league and I am pleased to say that the players showed the right reaction.  At the start of the second-half I thought for the first 15-20 minutes we upped the tempo and upped the intensity, but when you don’t score when you are on top like that you are always worried that a mistake or a bit of brilliance from a Brechin player could cost you.

“But as it was, a bit of brilliance came from us and Raffa’s finish was top drawer. He’s playing with a lot of confidence right now and he’s bent one into the top corner from 25-yards.

“We needed that bit of brilliance to get us over the line but you have to win games like that if you want to be successful. That’s the credit I can give the players tonight that we weren’t at our best like in recent weeks but we still managed to get the three points.”

Andrew Black added: “We knew coming into the game that it was never going to be easy. The manager (Gary Naysmith) has set standards since he came in. Brechin are fighting for their lives and we have aspirations to reach the play-offs .

“The games are thick and fast and it’s hard to go from a Saturday to a Tuesday and be at it all the time, but in the grand scheme of things we needed a bit magic from Raffa (De Vita).

“We’d have taken 2-1 at the start of the game if we had been offered it. It was a dream start but that probably made us a little bit complacent getting that early goal. We then concede and they maybe get a lift from that.

“In the second-half we were much better, dominated the play and Raffa scored a wonder-goal. The Italian Stallion. He has that in his locker. You see it all the time in training. He has bags of ability and he’s pulled it out tonight. Sometimes you need that bit magic to win the game.”