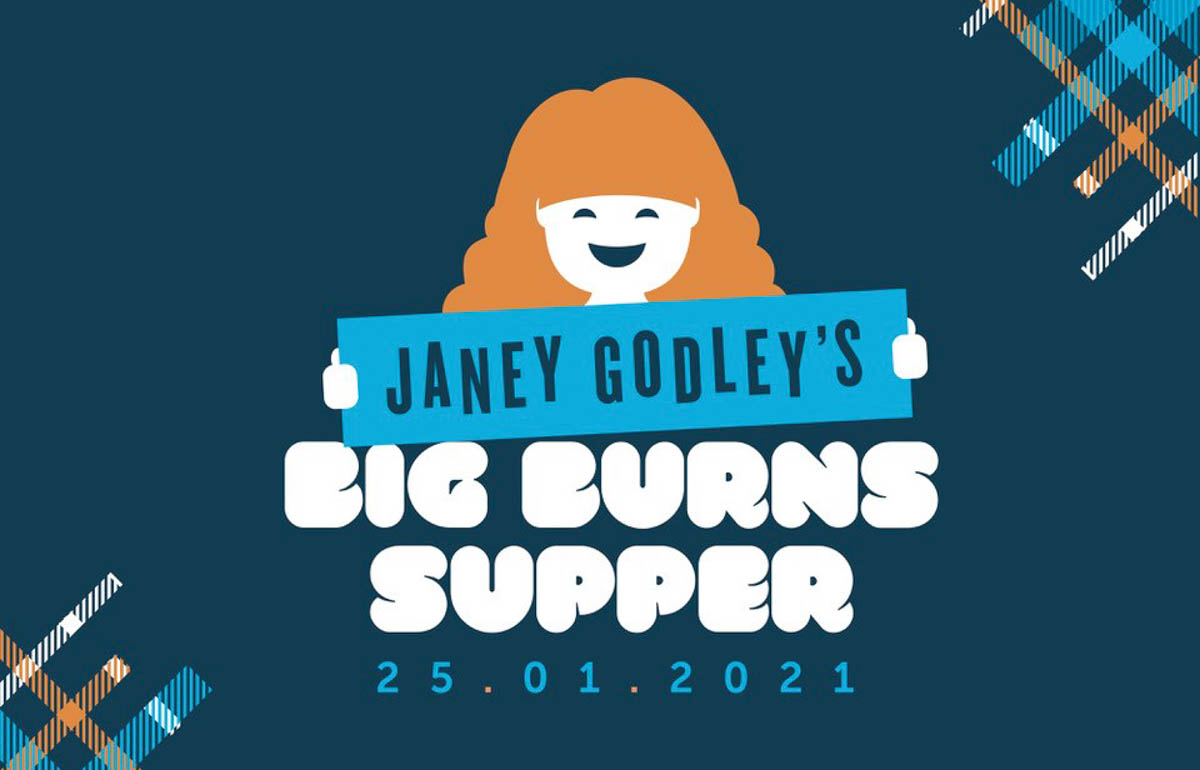 Marking the Festival’s 10th anniversary, Janey Godley’s Big Burn Supper a free, star-studded show, was broadcast on Burns Night (25 January), simultaneously on the Festival’s Facebook page and YouTube channel where it is still available to all those wishing to relive the fantastic experience.

On hosting the show Janey Godley said: “What an absolutely cracking night! I’m still knackered. Hosting the Big Burns Supper virtual show was a proper honour. It was so clear from the outpouring of support and positivity from folk tuning in from around the world and raising a dram to Rab, just how vital culture and the arts are to us all.

“The Big Burns Supper showcased the incredible power culture and the arts have in bringing us together, providing light in dark times and giving us all a much-needed laugh!”

Executive Producer, Graham Main said: “We set out to present an unforgettable experience for all Scots and fans of Burns around the world and I believe we delivered just that.

“Janey Godley’s Big Burns Supper was a unique contemporary reflection on the Bard’s work, not least as it brought together a superb line-up of local, Scottish and international musicians, actors, comedians and cabaret and burlesque artists, beamed into living rooms in Scotland and across the world for a brilliant collective moment of positivity.”

Thank you to Janey and the incredible artists who made the show such a success and of course we extend a huge thank you to those who tuned in and joined us from Scotland and across the world. We have been absolutely blown away by the outpouring of joy, celebration and thanks received from folk around the world – it’s been our absolute pleasure to provide a moment of light in these challenging dark times.

“Here’s to another 10 fantastic years of Big Burns Supper!”