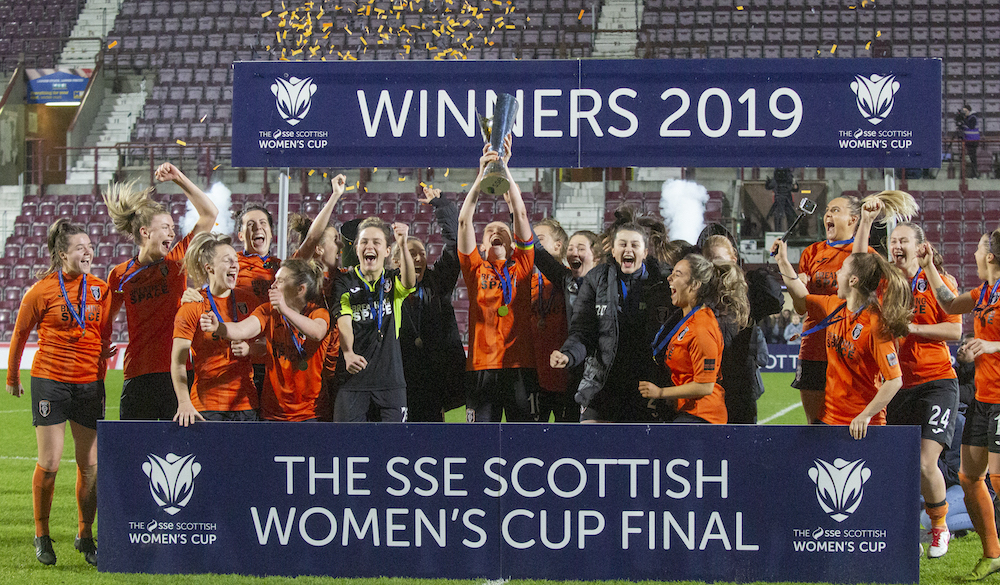 Former Hibs’  midfielder Leanne Crichton has reflected on her international career after announcing her retirement.

The midfielder made her debut in 2006 before going on to represent Scotland at EURO 2017 and the Women’s World Cup in 2019.

Ahead of the upcoming qualifiers against Cyprus and Portugal she has decided to call time on her international career with 72-caps.

The 33-year-old will now focus on her club football as she aims to retain the SWPL title with Glasgow City.

She told the Scottish FA website: “It’s been something I’ve thought about for quite a while now, and processed it over a number of months. During this time when the women’s game has stopped in Scotland it’s given me an opportunity to think about what my future holds as well as prioritise the next steps.

“As much as it’s a tough decision and one I haven’t taken easily, I know in my heart I’m content with it. It’s exciting to think how far the team can go but for me personally, I’ve probably given as much as I possibly can. I now want to focus on my club football.

“It’s been a whirlwind to be honest as I made my debut in 2006 and then was out of the picture for a while. I was able to establish myself again in 2013 and gained 70 caps in the last seven years which I’m proud of. In that time we’ve qualified for two major tournaments and played in some incredible games.

“I’ve also worked with top coaches and some brilliant players. Football careers feel shorter than you imagine but I’m lucky now that I can step back from the international stage and have so many fond memories.

“That was probably the most difficult thing to do. The friendships and bonds that we have had within the team over the last few years has been really special. I spoke to a few members of the team before making the decision.

“It’s nice to know I was a valued member of the team and I look forward to supporting them going forward. The friendships that I’ve created through my international career will last forever.

“The squad are so disappointed with what’s happened because in our eyes this group was good enough to qualify.

“We were devastated not to do that and now it’s about resetting and regrouping. There is a group of players there who are more than capable of qualifying for the World Cup in 2023. The next set of qualifiers is when you’ll see this group kick-on and fulfil their potential.

“I’m certainly looking forward to supporting the team as I have so much respect for all of the players.

“In terms of myself I will be concentrating on my university studies, the media work I’m doing and enjoying my club football when it gets back up in running.”